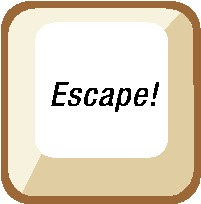 I am still avoiding the “Proper News” because I don’t want to get embroiled in the taking sides part of it. There is only one story at the moment, and this type of thing tends to polarise people, I sit firmly on the fence for this one (for once).

Many of the characters who are smoking, eating unhealthily or drinking too much, are shown as being in perfect health, said Dr Peter Mace, BUPA’s assistant medical director.


What is the matter with these people? Is business so bad that they want the viewing public to flock to their Doors “just in case”.

And check out their “prices” for checkups (ouch).

They are firkin SOAPS you idiots, people don’t tune in to them to watch the CHARACTERS die long slow painful deaths, they are ENTERTAINMENT, the programmes are FICTION!

If you “people” at BUPA want to see such things visit your local hospital and take a grand tour.

What next? The Police wanting to see all the trials and imprisonment of the villains “nicked” in The Bill? Just to make it “real”


Or maybe the Government wanting to know where the spies got their secrets from in spy programmes.

Life is crap enough in this country as it is, the “Powers That Be” deluge us constantly with “advice” about what we should or shouldn’t do, what to eat and what not to eat, how to think, where to go, who should work, and who is fit for work. We do not want “reality” we want TV progs to ease the pain and transport us to a better place, not watch bits fall off the characters in soaps.


Tougher speed cameras 'due soon' the Gov is about to allow a new type of speed camera, this one doesn’t “clock” you between two cameras a certain distance apart, but is a network spread over a distance of perhaps 15 miles or so, working out an average speed and if you are over the speed limit on average you are firked.

The Tossers in charge vomit the usual excuses- “Geoff Collins, sales and marketing director with Speed Check Services (SCS), the firm producing the technology, said it would cut down on accidents and improve traffic flow.”


But Nigel Humphries of the ABA described the proposals as "disgraceful".

He told the BBC News website: "We think that this gives the lie to the idea that they are used at accident black-spots - measuring someone's speed over a long distance is completely irrelevant to safety.
"It's even worse in an urban area where people are going along with their eye on the speedometer and not on the prevailing road conditions.
"The whole thing goes against arguments that people used to justify speed cameras in the past.

I’m with you Nige.

It seems that the people who work in the NHS are less compassionate than they were. The suggested remedy is to “get together” on a regular and talk about it.

Yeah right, that really is going to help.


Only in America-Car Thief Drives Stolen Vehicle To Court

This plonker went to court to face charges of stealing a car, and arrived in a stolen Lexus.

Well he was a hairdresser.


From New York-National Debt Clock Runs Out Of Digits!

Yep, the national debt counter in New York has run out of digits, good firkin job we don’t have one here, it would be half a mile wide.

The digital age has even reached Pachyderms; elephants in Kenya have been fitted with mobile phone simcards that send a message to rangers telling them that they are nearing the crops of nearby villages.

That could be used here, do away with ASBOs and fit the sods with a simcard that tells the police when they are somewhere they shouldn’t be, mind you if the fuzz take the usual amount of time to answer it won’t make much difference.

That could be used here, do away with ASBOs and fit the sods with a simcard that tells the police when they are somewhere they shouldn’t be, mind you if the fuzz take the usual amount of time to answer it won’t make much difference.

Speed cameras are just a money making project! Well the government are bankrupt after all...