Another rat leaves the sinking ship 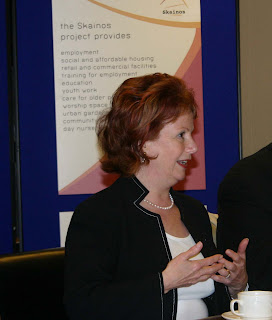 Quick update:-Hazel Blears, the hells angel of Gord’s Gang has jumped ship The Communities secretary resigned at 10am just a day after her close pal Jacqui Smith walked out of her job as Home Secretary.

Sources said Alistair Darling, who is facing the axe as Chancellor over his expenses, was offered the position of Home Secretary but has turned it down.

Downing Street said Mr Brown "respects and understands" Ms Blears' decision to quit the Cabinet and believes she made "an outstanding contribution to public life".

I suppose the excuse will be “I want to spend more time with my family” strange that when they were claiming all those expenses they must have spent 24 hrs a day at Parliament, maybe that’s why.

Angus Dei-NHS-THE OTHER SIDE
Posted by Angus Dei at 11:43