Sexist steamer; Perfect parking; Good God, no God; It’s all in the details; and Eye, eye.

Just returned from the smash and grab (Tesco). Managed to avoid the internet shopping robots and the aisles filled with ‘cages’ and joy of bleedin joys they were playing Jingle firkin Bells, over the “Tannoy”, that was after scraping the frost off the car first, and peering through the fog on the way there of course. 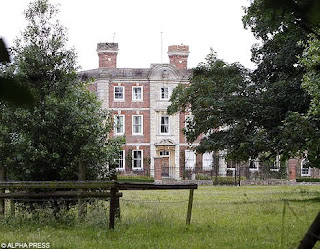 But not as foggy as the hoo-ha surrounding the latest round of MPs expenses , Defence minister Quentin Davies is fighting for his political life amid outrage over his £20,000 expenses bill for repairing a bell tower at his lavish home.

The Grantham and Stamford MP was among the worst hit as the Commons published hundreds of thousands more receipts from claims.

His boss Gordon Brown also suffered embarrassment, revealing that he had paid back £500 for painting a summer house because the spending was "questionable".

While housing minister John Healey was facing questions over an £88,000 profit from selling his taxpayer-funded second home in July.

Hands up all those who are totally pissed off with MPs, expenses and Christmas. 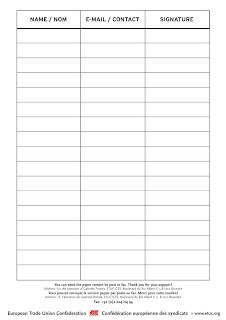 More than 1,700 scientists have signed a statement to defend global warming research.

The petition has been organised by the Met Office in the wake of the stolen emails row.

The experts became concerned after climate change sceptics seized on material taken from servers at the University of East Anglia's Climatic Research Unit to claim researchers have been manipulating evidence to support a theory of man-made global warming.

The statement signed by the scientists said: "We, members of the UK science community, have the utmost confidence in the observational evidence for global warming and the scientific basis for concluding that it is due primarily to human activities."

The move comes as representatives from 190 countries are gathered in Copenhagen for crucial UN climate change talks.

A Met Office spokesman confirmed a report in The Times that John Hirst, its chief executive, and Julia Slingo, its chief scientist, wrote to 70 colleagues on Sunday asking them to sign "to defend our profession against this unprecedented attack to discredit us and the science of climate change". 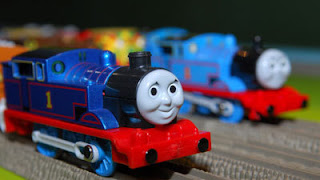 It seems that a Canadian “academic” has decided that Thomas the Tank Engine is ‘Sexist’, Shauna Wilton, a professor of political sciences at the University of Alberta, also highlighted the class divide which sees Thomas and his friends at the bottom of the social ladder and the wealthy Fat Controller at the top.

She launched her study after watching the animated programme, which is shown in over 130 countries, with her three-year-old daughter.

She then analysed the plots, characters and other aspects of 23 different episodes to draw her conclusions, which she then presented at a conference of political science in Canada.

She was critical of the fact the show only has eight female characters out of the 49 who feature.

"The female characters weren't necessarily portrayed any more negatively than the male characters or the male trains, but they did tend to play more secondary roles and they're often portrayed as being bossy or know-it-alls," she said.

Any attempt to break out of this controlled hierarchy to gain individual power, show initiative or dissent is met with punishment, usually because it goes wrong, she said. 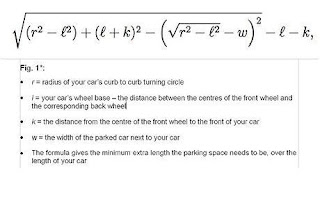 Finally science has come up with something useful- a mathematical formula to help Motorists Park perfectly.


The equation is the result of a collaboration between Vauxhall Motors and math’s professor Simon Blackburn.

Prof Blackburn, from the University of London's Royal Holloway College, came up with the formula to make even the trickiest reverse parallel parking situations a breeze.

The formula was released after a Vauxhall survey showed 57 per cent lacked confidence in their parking ability and 32 per cent would rather drive further from their destination or to a more expensive car park, purely to avoid manoeuvring into a small space.

The least confident parkers were those from Norwich, while the most confident were the Welsh.

And this is how it works:

If you understand the angles and the dimensions of your own car then you can work out how to park in a nice, confident way.

The formula begins by using the radius of a car's turning circle and the distance between the vehicle's front and back wheels.

Then, using the length of the car's nose and the width of an adjacent car the formula can tell exactly how big a space needs to be for your car to fit.

By applying this to basic parking guidelines, you can work out exactly when to turn the steering wheel to slide in perfectly.

Got it? Good, I think I’ll stick to peering out the rear window then closing my eyes and hoping. 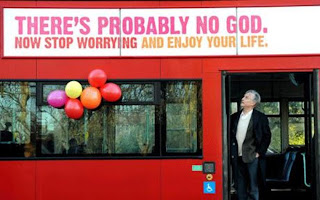 The atheists want public donations so they can put the stickers on the side of buses in Auckland, Wellington and Christchurch.

New Zealand spokesman for the atheist bus campaign, Simon Fisher, told Radio New Zealand that he has received a number of abusive emails.

"Quite nasty ones, along the lines of, 'You're going to hell'," he said.

But Mr Fisher says he is not worried. 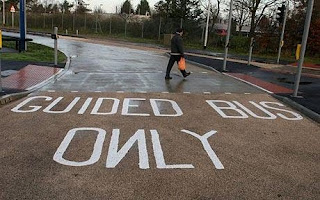 A council has been ridiculed after contractors misspelt road markings on its new £116 million guided busway by painting the letter N back to front.

The 3ft white letter is painted at the entrance of the route on Milton Road in Cambridge, which should read "GUIDED BUS ONLY".

David Steel, a software test manager his 50s, took a photograph of the sign, whose backwards N looks like a symbol in the Russian Cyrillic alphabet.

Bob Menzies, head of delivery at Cambridgeshire County Council, said: "The contractor is already aware of this mistake and will be putting it right.

"They are as embarrassed about it as anybody."

The Cambridgeshire Guided Busway allows buses to travel at up to 60mph along a disused rail line using guide wheels running along concrete channels.

They can switch between road and track, allowing buses to pick up passengers from scattered villages before rejoining the 16 mile long network.

It links the town of St Ives with Cambridge City Centre and Addenbrookes Hospital.

The £116 million scheme was first proposed in 2001 to take pressure away from traffic on the notoriously congested A14 dual carriageway.

When complete it will be by far the worlds longest guided busway, more than twice the length of the current longest in Adelaide, Austrailia.

The bloke should get the sock, or do I mean sack? 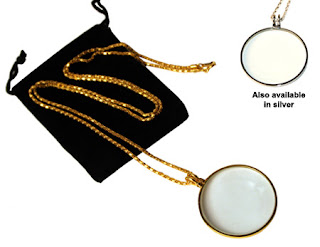 Vision Express, a chain of opticians, is to start selling the lenses after an unexpected spate of requests for monocles.

It believes most of the requests have come from young men wanting to ape the fashion of their grandfathers and great-grandfathers.

The eyepieces cost £50 and come with a metal frame, a pouch, and a string so the wearer ensures it stays around his or her neck if it slips.

Bryan Magrath, the chief executive of Vision Express, said: “To our surprise we’ve had dozens of requests from customers in the last few months, so we thought we’d bring back the monocle on a trial basis. We’re as puzzled as anyone by the interest, but we’re a responsive retailer and we are delivering. I guess it’s one of those inexplicable fashion things.”

Initially the monocles will go on sale in central London, but if they take off with young fogeys about town, the retailer will start rolling out the single lenses around the country.

That’s something to keep an eye out for.

Well, let's face it, Angus, the feminists are right - Thomas IS sexist. I mean, where is Thomasina for goodness sake? I'm going off to slash my wrists now.

God help us James, that's if there is a God of course:)