‘Tis going to be another scorcher at the Castle this morn-according to “them”, the garden still needs gardening, the hedges still need hedging, the borders still need bordering, the lawn still needs lawning, the shrubs still need shrubbing and I need another holiday.
Tomorrow I will update All and Sundry on the doings before my Welsh Wales break-with pics, sad, sad story…. 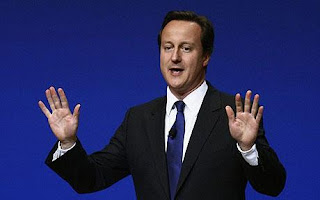 On the 12th of April this year PPP Dave C said “that the government will not take risks with the NHS in England”.
Today the Torygraph has this-Almost half of trust finance directors questioned by a leading health think-tank said they would lose beds and reduce treatments as the NHS seeks to save £20billion.
Others said they would cut their workforces, prescribe fewer drugs and try to ensure inpatients are discharged more quickly.
Few thought they could save money through “politically popular” reductions to back office functions despite the Government’s insistence that savings can be made without front-line services or clinical staff being lost.
Prof John Appleby, Chief Economist at The King’s Fund said: “With hospital waiting times rising, the NHS faces a considerable challenge in maintaining performance as the financial squeeze begins to bite.”
The think-tank questioned 26 finance directors from hospitals, mental health bodies and Primary Care Trusts from across England how their productivity plans were progressing.
It found that most had achieved their targets for the current financial year but 18 were “uncertain” about meeting “more ambitious” goals for 2011-12.
Asked what challenges they were facing, “many panel members stressed the difficulty in trying to manage increased demand for care with reduced capacity and the need to continue to meet targets and maintain quality while keeping within reduced budgets.”
In listing their top three ways for meeting the targets, 12 of the 26 NHS finance directors mentioned “ward closures and bed reductions” as well as “the closure of services”.
In addition, 16 said they would look at “headcount reduction through rationalization” and plans to “stop agency dependence”.
Twenty said they hoped for “length of stay reductions” and planned a “review of prescribing” while five were going to use “demand management” to “reduce activity”.
One panel member said: “A saving is not a saving until the activity has reduced and the beds or theatres have been closed and the jobs taken out.”
Liar, liar Dave C’s pants are on fire.
And talking of liars 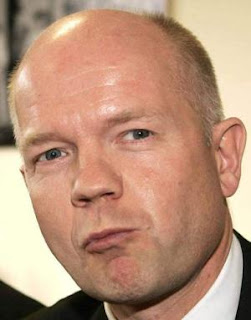 Back on the 4th of April this year silly Billy Hague said on Libya- "We're sticking very closely here to the United Nations resolution...which makes it very clear there must be no foreign occupation of any part of Libya and we will stick to that."
Auntie has this today-a British plan to send a military team to advise rebels fighting Col Gaddafi would harm chances of peace in the country.
UK Foreign Secretary William Hague said the move complied with a UN resolution to protect civilians in Libya, which forbids foreign occupation forces.
The team is set to provide logistics and intelligence training in Benghazi.
The BBC understands about 10 UK officers and a similar number from France will be despatched on the mission.
Silly Billy stressed the officers being sent to the eastern rebel stronghold of Benghazi would not be involved in any fighting.
They would be drawn from experienced British military officers and charged with supporting and advising the NTC [opposition National Transitional Council] on how to "improve their military organisational structures, communications and logistics".
So: how many British troops does it take to make an “invasion?”
Over the big, wet, salty thing to the left 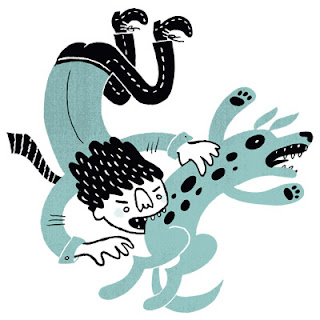 A 33-year-old man who bit back after he was caught by a Phoenix police dog is suing police.
Erin Sullivan alleges the dog violated his civil rights and used excessive force to capture him after he ran from officers in Glendale during a burglary investigation last year.
Police say Sullivan bit the dog back, injuring it.
The lawsuit names the cities of Phoenix and Glendale and four officers.
Precursor filings to the lawsuit sought $200,000 from Glendale and $250,000 from Phoenix.
Officials in Glendale and Phoenix have declined comment.
Sullivan also alleges Glendale police refused to give him insulin to treat his diabetes. Sullivan's attorney, Keith Knowlton, has said his client suffered a diabetic seizure in a Glendale cell.
Sullivan is serving eight years for convictions in the Glendale burglary.
Biter bit the biter?
Back in Blighty 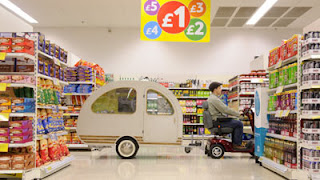 Shoppers were left bemused after spotting the world's smallest caravan being towed inside a London supermarket.
The £5,500 QTvan is small enough to be used legally on the pavement or inside a shop.
It was designed by Yannick Read, who previously built a 'Bond Bike' complete with ejector seat and flame thrower.
The QTvan is so named because it caters to three peculiarly British obsessions: caravans; queuing and tea.
As such the tiny camper is being touted as the ideal home away from home for anyone having to queue overnight for the sales or tickets.
With a bed, kettle, TV, radio alarm clock the mini 6ft by 2ft 6ins abode boasts everything needed to make a long wait bearable.
Shoppers aren’t the only ones who are bemused…..
Dahn Unda 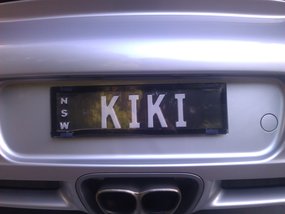 A Newcastle woman has been asked to "show cause" as to why she should keep her personalised number plates, bearing her nickname Kiki, which means genitals in a Filipino language.
Kristen Perry is so attached to her nickname Kiki she has number plates on her car bearing that name.
But the word doesn't sit well with the Roads and Traffic Authority which says it is considered offensive in the Filipino language, Tagalog.
In that language the word is used to describe part of a woman's genitals and the RTA is now demanding Ms Perry show cause to keep the plates.
Ms Perry says she was shocked.
"I was taken aback," she said.
"At first I thought it was a joke, but then I realised it was actually quite serious and that my number plates would be taken off me if I didn't respond appropriately.
"Quite frankly it's a bit of a funny thing, but at the same time quite a bit scary that we've got people that can just report a number plate that seems quite inoffensive to 99 per cent of us out there, but one per cent has an issue with it."
Ms Perry says her nickname is linked to her Greek heritage and she is disturbed it could be considered offensive.
OMG......


And finally:
Back in bollixed up Britain 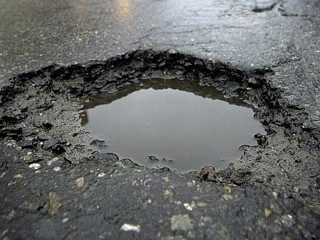 A driver who claimed for £42 pothole damage to his car got a 200-page rejection letter from a council.
Essex County Council sent Terry Rothery, 65, its entire roads policy when he asked for a payout.
Mr Rothery, of Billericay, Essex, said yesterday: “I thought it was a wind-up.” The council said sorry.
Nice to see that PPP Dave’s “less red tape” policy is working.
That’s it: I’m orf to jab a Badger
And today’s thought: I don't approve of political jokes...I've seen too many of them get elected.
Angus
Posted by Angus Dei at 07:08

Hey - I am really delighted to discover this. cool job!

Welcome to All and Sundry:)