Just a short-ish one this warm, damp morn, went to the dentist on Wednesday, had a tooth pulled (big one at the back of the top jaw), there was a lot of nasty stuff beneath it and I swallowed most of the content.
Spent the rest of Wednesday and yesterday stoned out on industrial strength antibiotics and painkillers, have just woken up and before the drugs kick in again here we go.
Apologies for not visiting or replying to comments too knackered to care……
Over in the land of glowing seas, earth and air 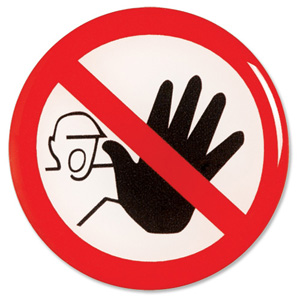 Hundreds of people evacuated from towns and villages close to the stricken Fukushima nuclear plant are being turned away by medical institutions and emergency shelters as fears of radioactive contagion catch on.
Hospitals and temporary refuges are demanding that evacuees provide them with certificates confirming that they have not been exposed to radiation before they are admitted.
Nice to see they are “all in it together”.
And in Gadaffi land 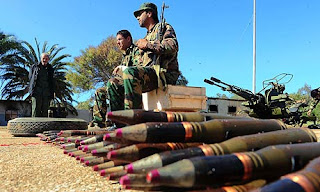 Piss Poor Policies Dave C has told the House of Commons that Britain has not ruled out providing arms to rebels in Libya, but has not yet taken the decision to do so,
PPP Dave was asked at Prime Minister's Questions in the Commons whether Britain was considering supplying arms to the rebels, Mr Cameron said that United Nations resolutions ''would not necessarily rule out the provision of assistance to those protecting civilians in certain circumstances''.

Here we go again…..
There may be a bit of good news for those approaching old fartship

Allegedly plans to reform the state pension will be unveiled next week - with a new flat-rate scheme to start in 2015 or 2016, the BBC understands.
The flat-rate pension could be worth at least £155 for new pensioners.
Detailed plans are expected to be published next week, outlining how the system would be introduced.
I won’t hold my breath.
And today’s April Fool item 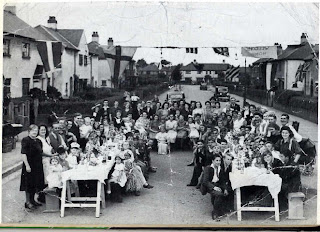 Labour party members have been urged to celebrate the forthcoming wedding of Ed Miliband and Justine Thornton with street parties, trifles and bunting, according to a secret memo seen by The Daily Telegraph.
The email, which was sent to various Labour councillors, asks party members to mark in their diaries May 27th as a "red letter day", which should be enthusiastically celebrated.
The email sent from Flora Lopi, a Labour Party official, who is understood to be one of Mr Miliband's closest advisers, said: "As you will now all be aware, Britain will be celebrating an event even more important than the Royal wedding in London on April 29, namely, the civil ceremony uniting Ed and Justine, on May 27.
I don’t think I will be joining in.
Across the big salty thing to the left
<><><><>
<> 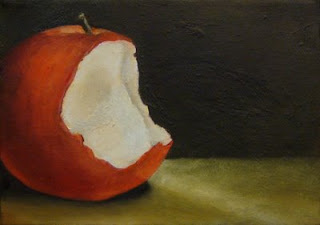 A U.S. trucker was saved from choking to death on an apple by slamming into a median.
Richard Paylor, 55, blacked out and smashed his tractor-trailer into a concrete barrier in Reading, Penn., on Tuesday as he choked on a piece of fruit, police said.
The impact is believed to have dislodged the apple chunk from his throat.
"I guess I have to thank the wall," Paylor told the Reading Eagle.
Police recovered a chunk of apple on the dashboard.
Paylor, a 23-year truck-driving veteran, was taken to hospital with minor injuries
He should have done the lottery….
East a lot and a lot more 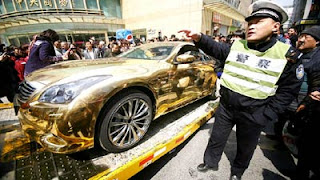 Store bosses created a gold-plated car to promote a new sales gimmick - and it was towed away by police.
The motor had been parked on the street to stop shoppers in Nanjing, Jiangsu province, eastern China, in their tracks.
But sharp-eyed police towed the gold vehicle away when they spotted it had been parked on a public road without a licence plate or road tax.
"The owners have 10 days to pay their fine. If they don't it will be sold or crushed," said a police spokesman.
Police were called when angry motorists complained that the streets around the store were blocked by cars and pedestrians trying to get close to the car.
"I just wanted to get close to touch all that gold," said one shopper.
"They were causing a public nuisance and had no permission for a public show. Then when an officer noticed the car was unlicensed, it had to go," added the police spokesman.
Gold plated Numptys.
Back in Blighty 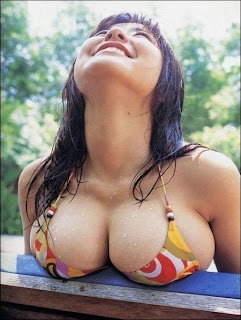 Residents in a historic Bedfordshire village are up in arms about Nice Baps, a new bakery opened last week by John O'Toole.
A petition and letter of complaint about the 'trashy' establishment were given to dad of three John by Henlow's miffed locals.
'I tried to explain to them that I do small Baps and big Baps and they're nice and firm,' quipped the 42-year-old.
'Since I came to Henlow I think 90 per cent of the people think the shops great on the whole.'
According to John, it was his wife who came up with the name for the outlet: 'I've got another shop in Caddington called the same and I've had no complaints there.'
The aforementioned letter, written by a teacher from a local school, voiced her worry about the 'effect' the name Nice Baps could have on impressionable youngsters.
What a load of old doughnuts…I can’t see what the problem is……
And finally:
Dahn Unda 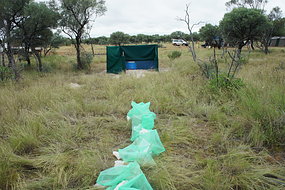 A geologist sitting on a bush toilet in a remote part of the Northern Territory has discovered a potentially lucrative mineral deposit.
Rum Jungle Resources chief executive David Muller said the company was already looking for phosphate on a site near Barrow Creek, north of Alice Springs, but it was not expecting to find anything of value where it had set up its camp toilet.
"One observant geologist was sitting on it one day and kicking the rocks around and he suddenly identified some nodules and he thought, 'Oh we better assay this'," he said.
"And they put the hand-held spectrometer over it and sure enough it was full of phosphate, which is what we were looking for - and we thought we were on sterile ground."
Mr Muller said the discovery of phosphate under the toilet encouraged the company about the size of the phosphate deposit.
Mind you all the hard brown “rocks” did confuse him a bit….
That’s it: I’m orf to have a look at gravity.
And today’s thought: If you have to choose between two evils . . . pick the one you've never tried before.
Angus
Posted by Angus Dei at 07:44

Sorry to hear about recent suffering, Angus the ailing. I wish you a speedy recovery.
I too, was reading this bit on pensions. I foresee big trouble ahead if one group of pensioners get a better deal than those already retired. There will have to be some sort of 'top up benefit' to keep everyone happy. But I'm not expecting this bunch to keep anyone happy or content. :(

It's not due to come in until the end of this parliament Bernard the well wisher, and we all know how many U-turns Piss Poor Policies Dave C makes......