Down the drain: Moptop Milton: Another Potty old pair: Pippa’s buns: Cuba peas in its coffee: and taking a lump out of the law.

The sun has taken his hat off this electoral day at the Castle, cloudy, calm and chilly, bit late this morn, been to Tesco for stale bread and gruel, and been to vote, and to break the habit of a lifetime and reveal my preference I voted “Yes” to the AV change, why? Because U-turn Cam is so afraid of it and anything is better than the system we have now that allows politicians to vote themselves and their mates into government although they lost the election. 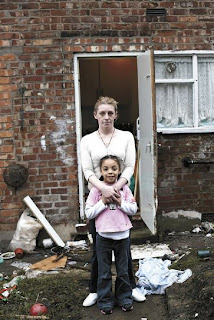 Peter Dunn at the Independent has written an interesting article on our green/brown/black/burnt country about poverty, have a click on the link and peruse his thoughts. 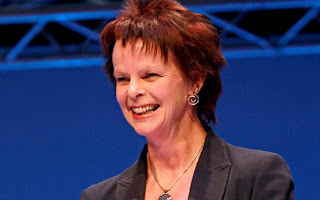 And the bonkers Health Minister Ann Milton has come up with a cunning plan to make our spawn fitter.
She has been looking at a scheme in operation in South America, where roads were closed to traffic on Sundays.
She told MPs that the idea, which began in Colombia, could help tackle childhood obesity.
During a debate in Westminster Hall, Mrs Milton said: "On Sundays, they close certain streets so that everybody can play in them. That is an outstanding idea.
"Before constituents email to complain about their streets closing, I should say that I accept it would not work everywhere. It could, however, work in some places."
Mrs Milton said that the latest Department of Health figures showed that 28 per cent of children aged between two and 10 in England were overweight or obese, along with 61 per cent of adults.
Yeah right, or it may be that the reason for the obesity is that many families can only afford to buy junk food for their off spring, or it could be because the lazy fat bastards can’t be bovvered.
Over the big bit of briny that begins with A. 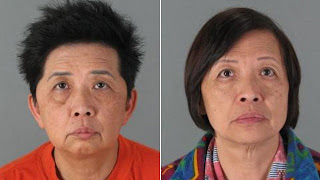 Two women, dubbed marijuana grannies by prosecutors, have been jailed after California police found 800 cannabis plants in their home.
Aleen Lam, 72, and Virginia Chan Pon, 65, of San Bruno, were caught when police were called to a burglary.
No fool like an old fool-or two.
Back in Blighty
It seems that the latest craze is Catherine what’s her name’s sister Pippa, or in particular her arse.
Pippa Middleton's bottom looks set to go viral after pranksters posted a cheeky music mash-up on YouTube.
Set to the song Shake Ya Ass by Mystikal, the video highlights Pippa's most eye-catching moments from the Royal Wedding.
At one stage, it appears as though a clergyman is nodding in approval of the maid of honour's derriere, reports the Daily Mirror.
Pippa caused a real stir in her bridesmaid dress and a Facebook group praising her assets has already attracted more than 10,000 fans.
Her 'bum' also seemingly has its own Twitter account, @pippasass, which has just under 800 followers.
The YouTube clip has already notched up nearly 60,000 hits in just one day. It is one of dozens of clips of Pippa at the wedding posted on the video-sharing website.
Never seen coppertop Harry go so red….
Back over the thingy and down a fair bit 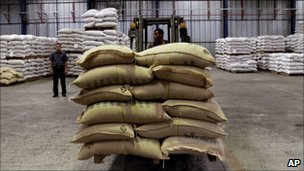 Cubans' morning Joe is getting a little more bitter and a little less potent. The island is once again mixing coffee with roasted peas in a cost-saving move.

An announcement in the Communist Party newspaper Granma says the new blend is being distributed for domestic consumption beginning this month.

Coffee for export will continue to be pure.

Cubans are accustomed to drinking coffee cut with peas, which was the norm here until 2005.
Some even complained when they started getting the pure stuff, saying it tasted funny.

Local cafes were still selling supplies of pure coffee Tuesday.
I couldn’t cope with pea-d-in coffee first thing in the morn; it would take me till noon to finish the post.
And finally:
Up a fairway to the old, warm bit of the colonies

A 10-foot-long alligator has taken a bite out of a Florida deputy sheriff's patrol car.
Alachua County Deputy Victor Borrero spotted the reptile, which was later put down, on Saturday evening near the Gainesville Golf and Country Club.
It attacked the patrol car while the deputy was waiting for an alligator trapper to arrive. Sheriff's spokesman Todd Kelly said the car's front bumper was heavily damaged.
The insurance claim form should be interesting.
That’s it: I’m orf to probe Einstein.
And today’s thought: "Speak when you're angry, and you'll make the best speech you'll ever regret" - Lawrence J. Peter
Angus
Posted by Angus Dei at 08:44

That Ann Milton thingy - perfect example of them thinking they must interfere and engineer, just to justify their salary and perks.

Be careful with that probe, you never know quite what will happen!

I could disappear up my own rear exit Cherrypie:)