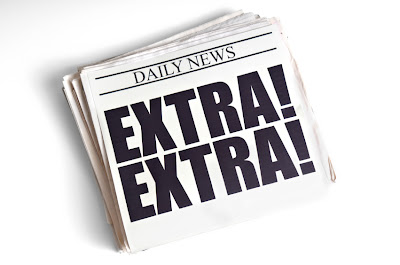 After searching the web since Dawn’s crack appeared on the horizon (which is not a pretty site at that time of the morn) I have decided that there is nothing of interest in the whole world.
Which means that I will actually have to write something myself.
So:
Sort of interesting-ish.
Over in the Vatican apparently Pope JP2 is about to be beatified, and to enhance the experience they have dug him up and some of his blood is on hand as a relic.
I only find this interesting-ish because it seems that the Catholic Church remains in the twelfth century, apart from the ex Nazi Pope what’s his name who is still in the twentieth century.
Back in Blighty head teachers are talking about going on strike, which will make not a jot of difference to the “education” of our spawn because it feels like the little brats have been on holiday since Crimbo.
Up in the Thames valley plans are afoot to set up hydro-power schemes on River Thames weirs. The Environment Agency (EA) has teamed up with Windsor and Maidenhead council in Berkshire to look for schemes at Marlow, Boveney and Boulters weirs.
Which should produce enough electricity to power the odd street lamp, I still think that waterwheels are the answer.
Not even slightly interesting-ish
Over in the colonies it seems that the-I’ll show you mine if you show me yours spat between Barack Obama and Donald Trump has reached a new low.
Donald Trump, the property tycoon and would-be Republican presidential candidate, is under pressure from political opponents to release his tax returns after Barack Obama released his birth certificate.
Fake birth certificate versus fake tax returns?
Across to Europe
Those that are in the Euro thingy are experiencing inflation of 2.8 pc, oh dear what a shame, our inflation's running at 4pc according to the diddled figures from the U-turn Coalition.
And finally:
Do I give a Badger’s bollocks?
The Duck and Duckess of Cambridge are it seems spending their first weekend as a married couple at a secret location.
The couple, who married on Friday, have opted to delay their honeymoon, with Prince William returning to his job as an RAF helicopter pilot on Tuesday.
Information about the lifestyle of two multi millionaires is really not required reading in the Castle.
And old fart “Sir” Mick Jagger’s portrait is to be hung in the National gallery; I know what I would like to hang, preferably from a lamp post.
That’s it: I’m orf to give a neglected current some care.
And today’s thought:  You are only young once . . . but you can stay immature indefinitely.
Angus
Posted by Angus Dei at 09:13

After six years in that box I think he will need a bit more than "Beautifying" James:)