‘Tis a bit nicer at the Castle this morn-warmish, dryish and calmish, the study is devoid of non adding machines, and his Maj has brought me his first catch-a worm. 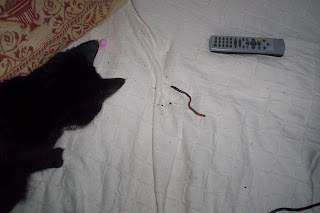 I’m orf to the smoke later to visit “Ms” sister up near Kew Bridge, should be interesting, I don’t do heights and she lives on the sixteenth floor.

And here is a nice pic of the asteroid that didn’t hit us the other night. 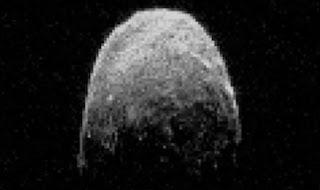 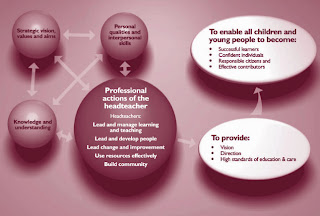 But union chiefs say it is still "not too late" to resolve the public sector pensions impasse.
Members of the National Association of Head Teachers (NAHT) voted by three to one in favour of the November 30th walkout over the coalition's plans to slash teachers' pensions. Turnout was 53.6%.
The 'yes' vote is a historic moment for NAHT, which had not previously backed strike action in its 114-year history. Its members hold leadership positions in 85% of primary schools and over 40% of secondary schools.

Should be given detention. 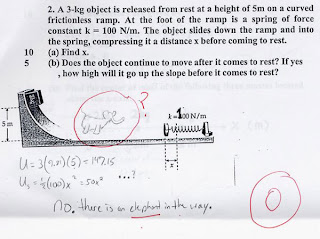 Apparently too many children leave school unable to add, subtract and divide after being put off by “flawed” maths lessons, according to a leading examiner.
Mark Dawe, chief executive of OCR, one of Britain's biggest exam boards, said growing numbers of young people struggled to function in further education or the world of work after failing to “acquire the maths skills that society demands” at school.
He suggested that the existing curriculum was unable to cater for children with different needs, including the very brightest at one end and those that struggle with the basics at the other.
Currently, almost half of 16-year-olds fail to achieve grade C at GCSE, with just 15 per cent studying maths beyond that level.
It is also feared that as many as a quarter of economically active adults are "functionally innumerate".

Maybe the “Heads” should concentrate a little more on the pupils....


Over to the Island state on the left 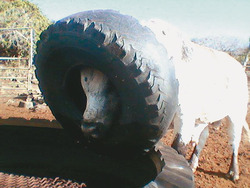 A rodeo bull in Hawaii appears comfortable again after spending about 20 hours with his head stuck in a giant tyre.
The 800-pound bull, named Skywalker, couldn't eat or drink after he got his head lodged in the truck tyre that someone dumped at the Triple L Ranch in Maui, ranch owner Paige De Ponte said.
"He was uncomfortable and it took all day to get him out," she said Wednesday.
No one could get near the cranky bull Tuesday until Skywalker became exhausted enough for ranch worker Kawika Manoa to use a piece of wood to pry off the tyre, which weighs more than 50 pounds. Skywalker didn't put up a fight and then went straight for the water trough after being released from the rubber ring, De Ponte said. 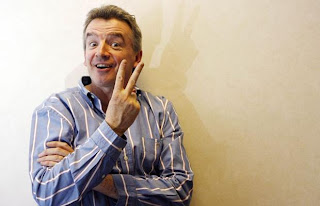 Is thinking up yet another cunning plan to make a bit more money by offering a host of web-based offerings to flyers via an app including gambling and even pornographic movies.
His model is the pay TV services hotels offer guests.
O'Leary said he hopes to launch an in-flight web offer that mimics hotel room pay-TV services.
"I'm not talking about having it on screens on the back of seats for everyone to see," O'Leary told The Sun. "It would be on handheld devices. Passengers would be able to log into a Ryanair app using their iPads or smart phones."

Back over to the other fifty states 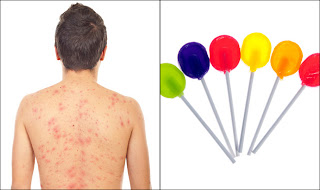 US parents who reportedly buy mail order lollies infected with chickenpox to try to help their children build up immunity from the virus are being warned the practice could be dangerous.
The treats have apparently emerged following chickenpox "parties" - where parents get their youngsters together with an infected child so they catch it, in the belief it will strengthen their defences.
Such gatherings have become popular in recent years following health concerns related to vaccinations.
But Jerry Martin, US attorney for the Middle District of Tennessee, said he was concerned by reports in Phoenix and Nashville of people going on Facebook to find lollipops, saliva or other items from children who have chickenpox.
He said: "Can you imagine getting a package in the mail from this complete stranger that you know from Facebook because you joined a group, and say, 'Here, drink this purported spit from some other kid?'"
Mr Martin said it was a federal crime to send diseases or viruses across state lines in the post. 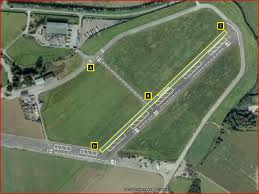 A 71-year-old light aircraft pilot almost paid the ultimate price for wanting to spend a penny, it was revealed today.
Having eaten a light meal and downed two mugs of tea, the pilot took off from Husbands Bosworth in Leicestershire, a report by the Air Accidents Investigation Branch (AAIB) said.
After 45 minutes he decided he might need a "toilet call" but had already passed three landing sites he visited regularly.
He considered landing at Breighton airfield in North Yorkshire but decided to continue on to Rufforth, only 15 minutes further away.
The AAIB report said the pilot came in to land at Rufforth "with the toilet call still on his mind".
He was lining the plane up and then "remembered nothing else until he was crawling out of the aircraft".

That’s it: I’m orf to test drive a new motor


And adding up today’s thought: "Students nowadays are so clueless", the math professor complains to a colleague. "Yesterday, a student came to my office hours and wanted to know if General Calculus was a Roman war hero..."