Budget Wibble- See how you are being screwed: Flying Dutchman; and he’s not a lumberjack....

Finally, finally managed to find the time and strength to put finger to keyboard, been a busy week-oodles of vandalism in the garden (photos to follow) and after two days in the car orspital having all its stopping bits replaced the Honda has passed its MOT at the cost of an arm and a leg (plus other body parts).
Just returned from the stale bread, gruel and his Maj’s food (which has gorn up by 50p since last week) run dahn Tesco-only another few months till Morrisons opens.


And yet again apologies to those who have commented/emailed-I will get round to it...


What can I say about the Budget? 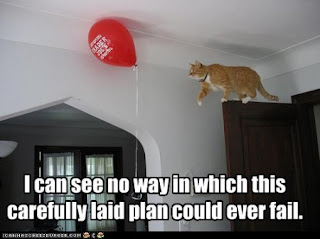 Not a lot-typical Tory thinking-give those on more than enough even more, have yet another go at smokers, drinkers, drivers and the old.
But if you can summon up the energy click on these links to find out how you will do.


And then have a cogitate about who we didn’t vote into office...


Somewhere in what is left of Europe

Allegedly British university educated engineer Jarno Smeets claims to have achieved birdlike flight with a set of man-made wings in a video that has spread rapidly around the internet.
Claiming to have based his bird-like contraption on sketches from his grandfather, the project can be traced from its origins on the Dutch mechanical engineer's website.
After studying at the University of Coventry, Mr Smeets claims to have worked with neuromechanics expert Bert Otten to create a design based on the mechanics used in robotic prosthetics which helps to give his muscles extra strength.
However, according to the former Coventry student, his own body strength was only capable of providing five per cent of the necessary power so to make up the shortfall he fitted extra motors to the wing suit.
When he landed after the 60-second flight, he said: “At one moment you see the ground moving away and then suddenly you’re free, a really intense feeling of freedom.
The true feeling of flying; A ******* magical moment. The best feeling I have felt in my life.”

Good luck with that....Studied in Coventry-isn’t that in the area where “that’ll do” British Leyland was based-and we all know how well that went...

And even more finally (for a while):

An amateur lumberjack has been caught on video trying to cut down a huge tree just feet from his home - with disastrous consequences.

In the clip, uploaded to YouTube, four wedges are driven into the trunk before the man takes to the evergreen tree with an axe.

Seconds later, the creaking and groaning of timber can be heard - before the giant conifer slowly crashes down directly onto the one story house.

The axe man seems 'stumped' for a moment and then shouts, "my house!" and a few seconds later "my bedroom!" along with “shit”.

That’s it: I’m orf to put some robot jellyfish in the moat

Nature does flying much better. 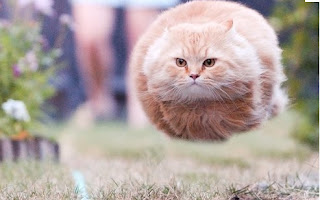 That last photo reminds me of the Cheshire cat in Alice in Wonderland!

That explains why he can fly CherryPie:)