Wet, cold, dingy and dismal at the Castle this morn, the Honda is still covered in yellow stuff despite the skywater, his Maj is sulking on the sofa and the elbow is finally fixed.

Weeks after the cost of a First Class stamp increased from 46p to 60p and Second Class from 36p to 50p. 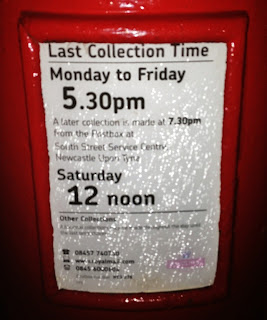 The Royal Fail has come up with another Cupid Stunt ploy to screw the public.
They have cut nearly 6,500 collections at the UK’s 115,000 post boxes last year, and brought forward final collection times at thousands more post boxes to save money.
In some rural parts of the country the last post is now being picked up as early as nine in the morning, Royal Mail admitted.
Royal Mail cut collections at nearly 6,453 post boxes and moved the last post to earlier in the day at 4,287 post boxes in the 12 months to 27 February 2012.

I suppose they have to pay for postman Pat’s pensions somehow.....

And talking of Cupid Stunts 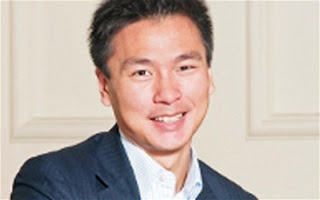 Ex Prime Monster’s Big Society tsar “Lord” (U-Turn Cam is my mate) Wei reckons that Baby boomers should be encouraged to complete “national service” for pensioners after they retire.
And that old farts should be working part-time, volunteering for charities, or sharing their business experience with young entrepreneurs would help older people avoid boredom in retirement.
A pilot project is being established to develop the “national retirement service” concept, which would begin by targeting new pensioners on cruises, or other holidays and leisure activities.
They would then be encouraged to make contact with others in the same age group living nearby to discuss what to do with the years ahead.
Lord Wei’s plan could win support in government as ministers are sympathetic to moves to encourage older people to volunteer in retirement.
The Tory peer said ensuring 55-65 year-olds continue to be engaged in the lives of younger people was essential to avoid “war” between generations.
His plan followed a call from the minister for civil society, Nick Hurd, who suggested last year that the baby boom generation should volunteer when they retire instead of spending all their free time playing golf.


Left to the place where taking a pee can be confusing 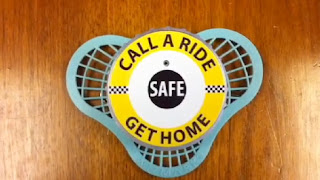 Michigan is hoping to keep drunks off the road with the help from a special bathroom message.
The state says talking urinal-deodorizer cakes have been distributed to Michigan Licensed Beverage Association members in Wayne, Bay, Ottawa and Delta counties. A recorded message will play reminding men who step up to the urinals to call a cab or a friend, if needed, to get home safely.
The messages are part of a state wide Fourth of July education and enforcement effort. A kickoff is planned Monday at Detroit pub The Old Shillelagh. 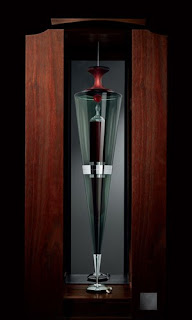 The most expensive wine ever sold directly from a winery will go on sale this week, from the Australian vintner Penfolds. The limited edition release of the 2004 Penfolds Block 42 Cabernet Sauvignon is priced at $168,000 a bottle.
The wine’s distinctive price comes from its rarity. The wine was made from the oldest producing cabernet sauvignon vines in the world, transplanted from France to Australia in the 1830s.
Later planted at the Kalimna Vineyard in the Barossa Valley, northeast of Adelaide, the vines today provide unequalled juice, but little of it. Only 12 bottles of the 2004 vintage will be sold.
To add further cachet, Penfolds commissioned an ampoule of scientific grade glass to hold it from three Australian artists: Nick Mount, who designed and hand-blew the glass; silversmith Hendrik Forster, who prepared the precious metal detailing; and furniture craftsman Andrew Bartlett, made the bespoke Jarrah cabinet.

Wonder what Danger Mouse would say.....

Right to the place that rhymes with bongo 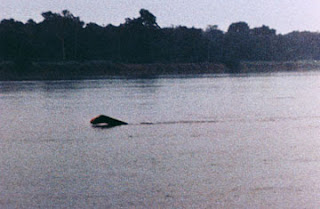 A team of explorers is setting out to discover once and for all whether Africa’s monster known as Mokele-mbeme is fact or fiction.
The team of Dino hunters arrived in the Congo capital of Brazzaville on Tuesday with an array of firearms for protection.
‘It would be wholly unwise to travel where we are going without firearms,’ said spokesman for the group Joe Marrero, 28.
‘We plan to be in the jungle for three months searching for the mokele and other new species and can only carry so much food.’
He and two others - expedition leader and biologist Stephen McCullah, 21, and Sam Newton, 22, all from the US - begin their search next month.

Good luck with that...

That’s it: I’m orf to snap the speed of light

A team of explorers is setting out to discover once and for all whether Africa’s monster known as Mokele-mbeme is fact or fiction.
The team of Dino hunters arrived in the Congo capital of Brazzaville on Tuesday with an array of firearms for protection.

One of the biggest jumping spiders ever..Unfortunately he has died two months after this video because he was very old ..I don't know if he was poisonous, I just put it on my hand and that's it

With about as much chance of finding it as the Nessy "experts" James:)

Rather you than me:)

I am not quite sure why I clicked on that spider vid...

I think I may have nightmares!!!

It's that Dr Who thing CherryPie:)