A bit of solar stuff, not a lot of atmospheric movement and a lack of warm stuff at the Castle this morn, the interweb thingy seems to have returned to its former state and apologies to those who have commented, I will catch up.


And apparently we have another few days of a different big sporty thing in the Smoke.
Up in the big empty black house that resides in Downing Street 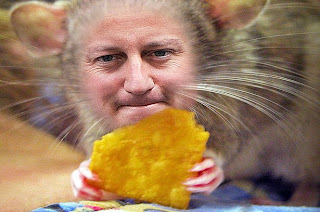 Allegedly while U-Turn Cam is dahn in pastyland Larry the Downing Street cat has finally recorded a kill.
The No 10 spokesman quipped: "The only dead mouse in Downing Street is the one Larry caught this morning."

Over the hurricane forming salty thing on the left 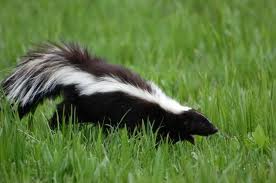 
Yeah right....allegedly...
Right a lot to one of the Stan’s 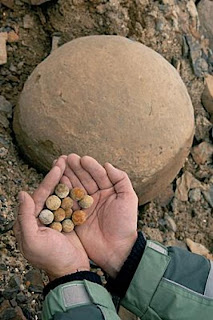 Close to the town of Shetpe in Western Kazakhstan lies the Valley of Balls – or Torysh, as it is known in Kazakh. It consists of numerous ball-like rock formations strewn across a wide range of steppe land. The balls range in size from tiny marble-like rocks to huge boulders the size of a car.
The phenomenon is poorly researched, but there could be a number of geological explanations from megaspherulites - crystalline balls formed in volcanic ash and then revealed by weathering - to cannonball concretions - a process where sediment accumulates around a harder core - to spherical weathering wherein the conditions are just right to erode rocks into spherical form. In this case due to the range of sizes the most likely explanation is that of spherulite formation.
Visible from the Valley is Sherkala (Lion Rock), a stunning 332m white and ochre chalk outcrop with numerous fissures along its rim and even more rock formations at its foot. Close by are also the scant ruins of the Silk Road town Kyzylkala.

An Amateur video captured a koala doing the crawl in the Tallebudgera Creek on the Gold Coast.
Koalas sleep for up to 16 hours a day and sightings of them swimming are extremely rare.
They are also known to drown if they fall in when drinking from swimming pools and are unable to climb out. Experts say it is possible the koala felt trapped on the bank of the tidal creek and decided the canoe was its best available escape route.
Local media said the stunned canoeists put the animal on an embankment at a local golf club where koalas were known to populate the gum trees.


Quite a lot like me then-except for the drinking from swimming pools and populating gum trees....


Back in the USA and other places 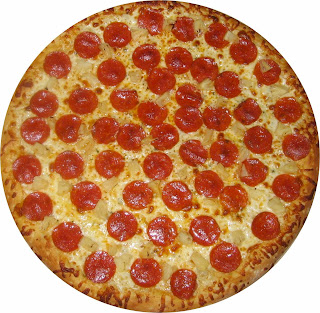 Antibiotic residues in uncured pepperoni or salami meat are potent enough to weaken helpful bacteria that processors add to acidify the sausage to make it safe for consumption, according to a study to be published in mBio, the online open-access journal of the American Society for Microbiology, on August 28.
Sausage manufacturers commonly inoculate sausage meat with lactic-acid-producing bacteria in an effort to control the fermentation process so that the final product is acidic enough to kill pathogens that might have existed in the raw meat. By killing the bacteria that produce lactic acid, antibiotic residues can allow pathogenic bacteria to proliferate.
Researchers at the University of Copenhagen, Denmark, and University College Cork, Ireland, found that antibiotic concentrations within limits set by US and European Union (EU) regulators are high enough to slow fermentation, the process that acidifies the sausages and helps destroy food borne pathogens like Salmonella or E. coli.


Up to the Big Apple 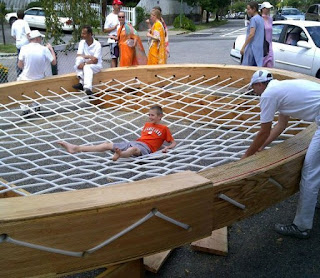 New Yorker Ashrita Furman has just built a tennis racquet the size of a bus.
Furman, who holds the record for the most Guinness World Records at one time -- currently 151 -- hopes his mammoth wooden racquet will soon join the list.
The contraption is an exact copy of the wooden one used by Billie Jean King in the 1970s when she reigned over women's tennis at tournaments like the US Open that kicked off in New York this week.
The laminated wooden head, brown grip, red trim and inscriptions are a perfect match.
The only difference is that the racket measures 50 feet (15.2 meters) long and has a head 16 feet (4.9 meters) wide. The strings are made of water hose and the handle is so big that even a large person would have trouble wrapping both arms around it.
"It's 22.2 times bigger and done to scale," Furman told AFP.

Pity Tim Henman didn’t have one, he might have bleedin won something...

That’s it: I’m orf to get the tape measure out.


And today’s thought:
Gimme-Gimme I want the big racquet NOW! 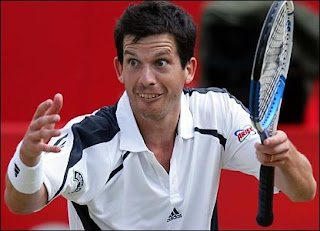 Antibiotic residues in uncured pepperoni or salami meat are potent enough to weaken helpful bacteria that processors add to acidify the sausage to make it safe for consumption, according to a study to be published in mBio, the online open-access journal of the American Society for Microbiology, on August 28.

Wot, now our humble pizza's at risk? And I was going to buy one today. In fact I still will.

Changed my mind, me too:)