Dorries Dahn Unda: McAlpine goes after ITV: The Pax is back-nearly: TOTO and doo-doo: Insect watches: and Santa hangs about.

Volumes of ex-skywater, very little solar stuff, even less lack of cold and vast amounts of opaque stuff up above at the Castle this morn.
Last trip (or two) dahn the dump this day, loaded the Honda up yestermorn with all and sundry stuff, a pile of old wood, an old office chair and about ten empty paint tins, ain’t life grand...


Dorries has been put in a box with oodles of flies and things to move washers about with a magnet. 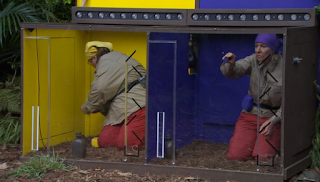 And after Auntie (we) got stung for a lot of dosh 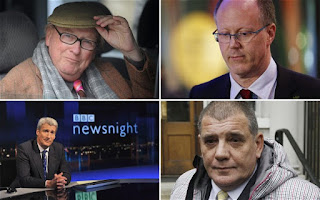 The lawyers of the lord of the building site McAlpine have decided to go after ITV for more than the £185,000 they took from our license fee. They contacted ITV after presenter Phillip Schofield handed the prime minister a list of alleged abusers live on the This Morning show on 8 November.
An ITV spokesman said: "We have received correspondence from Lord McAlpine's representatives and we will be responding in due course."
Others in the money magnet firing line include:


And a large number of Twitter users who made false claims.


Wonder how much of our money he donated to “Children in Need”.

And talking about things that were untrue 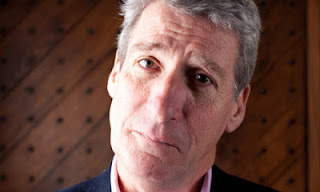 According to Paxman who has apparently been orf shooting other television series.
He will definitely return to Newsnight, 'I have been away filming, but I will definitely be there on Wednesday (November 21),' he told the Sunday Telegraph. 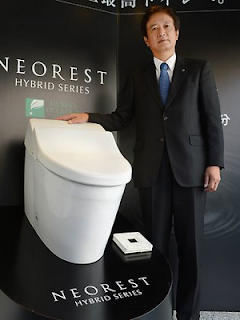 They are found in more than two-thirds of Japanese households and visitors to the country have marvelled at their heated seats, posterior shower jets and odour-masking function.

But for the company that has sold over 30 million high-tech toilets, commonly known as Washlets, global lavatory domination remains elusive, especially among shy US consumers.

The Washlet's functions, laid out on a computerised control panel with pictograms, include water jets with pressure and temperature controls, hot-air bottom dryers and ambient background music.

Another function produces a flushing sound to mask bodily noises -- a hit among the easily-embarrassed -- while some models have a lid that automatically swings open when users enter the restroom.

Others feature seats and lids that glide back into horizontal position, possibly solving gender battles over flipped-up toilet seats in the home.

Allegedly middle aged “Pop diva” Madonna gushed about Japanese culture during a 2005 visit and pointed to the Washlet as a key draw, saying "I've missed the heated toilet seats'' -- the kind of free marketing most companies dream about.


That’s got to be enough reason not to get one...


And still in the land of hygiene

Tokyo Compression is an ongoing photo series by German-born artist Michael Wolf that shows daily commuters with their faces pressed against the steamy windows of Japan’s overcrowded subway trains.

Japan has one of the highest population densities in the world. Tokyo, its capital city, and the surrounding metropolitan area has a population of over 35 million, living in an area just 8,000 square kilometres in size. 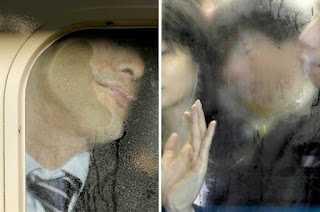 Left a lot to the city of wind 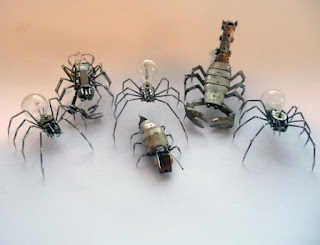 JM Gershenson-Gates is a Chicago-based jeweller who creates accessories from discarded watch parts and old light bulbs, in a bid “to show the beauty of the mechanical world, a place generally hidden from the public behind metal and glass.”
On his website, Jason Gershenson-Gates says he has always been fascinated with mechanical things. The son of a “gearhead”, and the grandson of a railroad man, he used to always take apart his toys to see how they worked, but never seemed to be able to put them back together again. Nowadays, he takes apart old watches collected from all over the world and rearranges their parts into creepy crawly designs.


Back in bearded Blighty 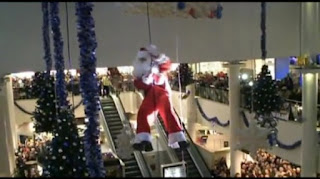 Officials at Broad Street Mall in Reading, England say that Santa Claus chose to dangle from the ceiling on Saturday for at least 30 minutes instead of disappointing hundreds of children by removing his beard after his whiskers got stuck in a rappelling accident.
British Army soldier Steve Chessell had been commissioned to play the part of Santa and rappel through a mall skylight during the annual Christmas-lights switch-on show when things went horribly wrong, according to The Reading Chronicle.
“He could have just taken his beard off and let himself down but he was such a professional and he didn’t want to let the children down,” Broad Street Mall marketing manager Stephanie Maynard told the BBC. “He lost his footing as he came through the hole in the ceiling and there was a sudden jolt and he got caught in the clip on the rope.”


I would like to point out to anyone that believes in the Crimbo King that the very slim person in Santa’s suit is an imposter because the real one is busy at the Norf pole abusing dwarfs, elves and reindeer.


And today’s thought from my old mate Bernard 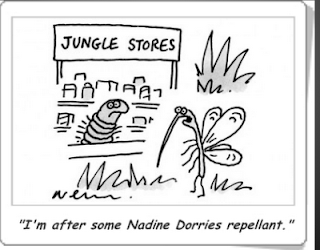 Wonder if it available for all MPs?

"Another function produces a flushing sound to mask bodily noises"

They should have those at Caravan Club sites. Some mornings it's quite an experience.

Hmm - we could do with some "washlets" in Sicily!

They would be useful at the Castle as well AK.

But think of the extra Leccy charges Welshcakes:)