Even more layers of scrapey-scrapey stuff, even less lack of cold, just about the same amount of atmospheric movement, quite a lot of Keats and sod all solar stuff at the Castle this morn.


The battery in the Honda is a bit low on charge (lack of use) and it needs a good run to get it charged up, if I can raise the funds for go juice.


East to the land of Latin stuff 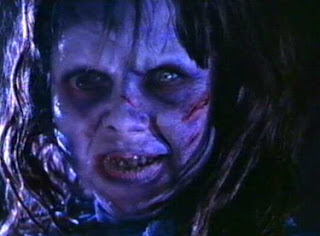 The Catholic diocese of Milan has doubled the number of priests who practice exorcism and set up a hotline to deal with the volume of calls.
In an interview published on a Church-affiliated news website, it said it had increased the number of specially trained priests from six to 12.
It has also published the names and mobile telephone numbers of priests able to deal with such requests.
The number, set up in early November, will run for a few hours each day.
People calling it will be able to book an appointment to see a local priest with specific training.
Monsignor Angelo Mascheroni, who has trained priests to carry out exorcisms for the past 15 years, said demand had soared recently.
"Often, parents call me saying that their son or daughter doesn't go to school, that they are taking drugs or rebelling. There's no demon there but, at the age of 18, young people don't want any more limitations. It's important to be able to discern the different situations," Monsignor Mascheroni said. 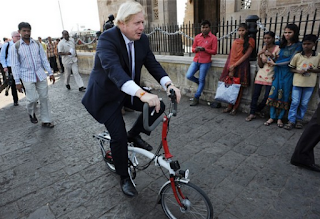 His latest cunning plan while cycling around India is to lower the top rate of income tax for those who are not “all in this together” to 30pees in the squid.
Speaking yesterday on the final day of his tour, bonkers Boris said: “You’ve got tax rates here of only 30 per cent – a point George Osborne might like to brood on.
Asked later whether he would stand for parliament and eventually launch a Conservative Party leadership attempt, balls up Boris said: “Three-and-a-half years in politics … we will have to see what will happen.” However, he then added when asked about becoming Prime Monster: “I can assure you that it is about as likely as me being decapitated by a Frisbee.”

West to the land of pubic services 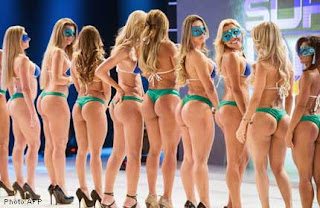 Next Friday is the grand finale of Brazil's annual Miss Bumbum pageant in Sao Paulo. Fifteen curvy young ladies are competing after surviving an online eliminatory round that drew representatives of the country's 26 states and the federal district Brasilia.
The contestants worked hard to prepare for the final, including taking surfing and jungle training courses to tighten their buns.


Should have gorn to Specsavers.... 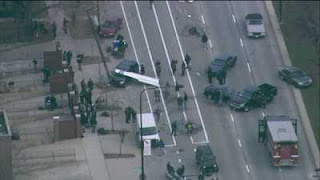 A Chicago TV station spent about 15 minutes reporting on a plane crash that turned out to be simulated for the TV series "Chicago Fire."
WGN-TV reported on the crash, which was a simulated scene around 8 a.m. Friday for NBC series "Chicago Fire," complete with a small plane with its left wing splintered off, police cars and ambulance and extras acting as spectators, WMAQ-TV, Chicago, reported Friday.
Police said they did not receive any calls about the fake plane crash, but the Chicago Fire Department sent out an alert asking residents to disregard the scene.


Had the same sort of thing at the Castle a few years ago-almighty explosion from the “common” just up the road-shook all the windows, turned out to be a scene from a Bond film that “they” didn’t want anyone to know about....

And now a real plane crash
A Venezuelan Air Force jet performed for crowds during an air show at the Maracay-El Libertador airbase.

Video footage filmed by a bystander shows the Chinese Hongdu K-8 jet-trainer making a low pass over the airfield when the nose of the plane dips suddenly.
The crew make the split-second decision to eject from the aircraft. Their parachutes can be seen deploying as the aircraft slams into the ground, where it is quickly consumed by a fireball. Both crew members survived the crash.


Up a bit from the country of dodgy jets 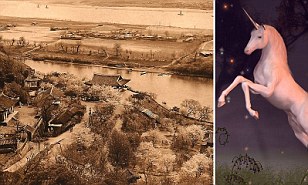 According to “researchers” the existence of the unicorn has been proven.
Archaeologists "reconfirmed" the existence of a "unicorn lair" in Pyongyang, once used by an ancient Korean king.
The report quotes Jo Hui Sung, director of North Korea's history institute, explaining how the find tallies with information in history books from the 16th century.
He says: "Korea's history books deal with the unicorn, considered to be ridden by King Tongmyong, and its lair.
"The temple served as a relief palace for King Tongmyong, in which there is the lair of his unicorn."
The Korean Central News Agency reports that archaeologists made the extraordinary discovery when they spotted a rectangular rock carved with the words "unicorn lair" 200m from the city's Yongmyong temple.

That’s it: I’m orf to do a bit of [biomimicry] with a bottle


And today’s thought:
Move over “Dave” 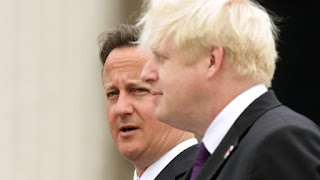 I wonder when they will find the remains of the unicorn ;-)

They will probably "discover" a massive neon sign with an arrow pointing to it CherryPie:)