Oodles of lack of warm, bucket loads of skywater, more than a cough of atmospheric movement and still bugger all solar stuff at the Castle this morn, just returned from the Honda’s MOT-a nice pass with no “to do” thingies so just the insurance in July and the road tax in September to look forward to. 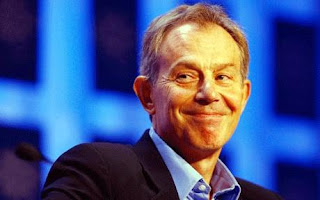 Is apparently still being abused about the Iraq war,  ten years on from the start of the Iraq War, walnut tan was asked in a candid interview on BBC2’s Newsnight whether he minded if “people call you a liar, some people call you a war criminal, protesters follow you.
"It’s difficult to walk down the street in a country”, he replied: “It really doesn’t matter whether it’s taken its toll on me.
“The fact is yes there are people who will be very abusive, by the way I do walk down the street and by the way I won an election in 2005 after Iraq. However, yes it remains extremely divisive and very difficult.”
Mr Bliar conceded that he had “long since given up trying to persuade people it was the right decision”.

Good; because it wasn’t you warmonger....


According to “scientists” from the Czech Republic

The Ladies found the odour of sweat from men's shaved armpits more attractive than the sharp smell of hairy armpits. The women, who participated in the study, did not know what kind of samples they were given to smell during the study.
The women could not tolerate the smell from unshaved armpits. The researchers believe that the study showed the process of evolution in action.
Under the pressure of society, women start to prefer weakened odours of the male body or, rather, artificial smells (perfumes, deodorants), while nature provided for a positive reaction to natural sweat odours. Evolution left hair in armpits to attract opposite sexes to each other.


East to the land of negative radioactive effects 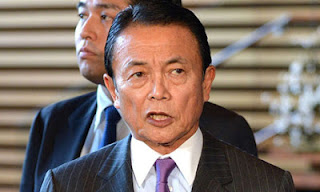 It seems that Japan has faced an economic crisis tied with a seriously declining birth rate and an increased aging population.
Economic analyst Morinaga Takuro suggested a novel and rather unique solution to addressing the country’s problem: taxing handsome men.
This proposition of taxing handsome men will supposedly create a way for “homely” guys to find women, get married, and have babies.
Other than the “wealth gap,” Morinaga sees the “love gap” as a fundamental factor of Japan’s declining birth-rate. Therefore, he concludes that if Japan were to tax the ikemen (handsome men) and reduce the taxes of not-so-handsome men, then maybe the country’s economy would be better in a year’s time.
The proposed handsome-men tax would include doubling the taxes of those unlikely chaps who qualify and reducing the taxes by 10-20% for those who are not so handsome. As for the judging of whether someone is handsome or not, there will be a panel of randomly selected women to decide.

Glad I don’t live in Japan, I can’t afford any more taxes…

Belted Galloway cow Hettie Moo was orphaned after her mother died while giving birth and she was hand-reared at the Cairngorms Reindeer Centre in Aviemore.
After being spared from the dinner table, she now wows thousands of admiring spectators every year as she struts her stuff for Chariots of Fire.
Having only grown up next to humans and horses, Hettie feels right at home being ridden and attached to a carriage - conquering jumps as high as two foot.


Funny that because apparently there are loads of ‘Orses that think they are Cows especially dahn  Tesco's.


Right a bit to the land of old, tall people 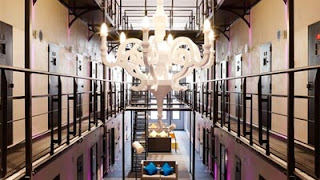 People are paying good money to stay in one of Holland's most feared prisons - after it was transformed into a luxury hotel.
The 105 cells at Het Arresthuis have been converted into 40 spacious rooms, featuring modern furnishings and chic interior design, reports the Daily Mail.
All of the rooms are equipped with air conditioning, a flat screen TV, free WiFi, and a personal coffee and tea machine.
The hotel also features a sauna, fitness centre, central patio with olive trees, and an organic herb garden.
It is voted the best hotel in the Dutch town of Roermond and one of the best in all of Holland by users of the Trip Advisor website.
Het Arresthuis - which means The Judgement House - opened its doors in 1862 and quickly established a reputation as an intimidating jail.
After being abandoned for a number of years, the jail reopened in 2002. But in mid 2007 it closed permanently after which construction of the hotel began.


That’s it: I’m orf to stretch a battery

And today’s thought:
At least the French economy will get a boost. 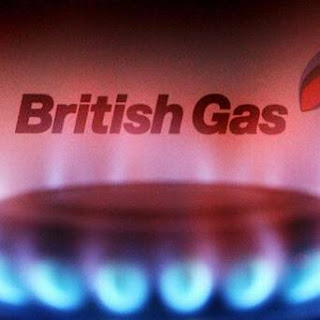