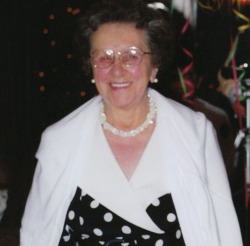 Drugs used in the Liverpool Care Pathway have been under much speculation. Although an audit of Care of the Dying, by the Marie Curie and the Royal College of Physicians in 2009 found that nearly 4000 terminal patients found the framework to be of high quality, there is no doubt that some patients remain at risk.

There is room in current practice for elderly, vulnerable patients to be started on the LCP without their or their family’s consent; it is not good enough to assume that in all hospitals, hospices and care homes that conversations will take place and that patients and families will be kept informed.

The audit reveals that two thirds of the 3,893 patients whose deaths were assessed needed no continuous infusion of medication, and all by 4% only needed low doses of opiates. However, there have are cases where patients have been started on high doses of opiates and sedatives via infusion and died prematurely. We shouldn’t have to fight for justice after death; the law should be there to protect us when we are alive. 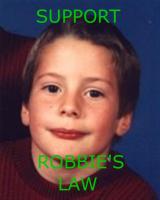 Legal Duty of Candour - 'Robbie's Law' PROPOSAL FOR A LEGAL DUTY OF CANDOUR IN HEALTHCARE  ("ROBBIE'S LAW")   Introduction Action against Medical Accidents (AvMA) - the charity which promotes patient safety and supports people affected by medical accidents - is proposing a practical and pragmatic way of introducing a legal Duty of Candour about harm caused in healthcare.  (A legal requirement to practice being open and honest with patients or their next of kin when harm is caused).
The proposal is to introduce this duty as a requirement in the regulations covering registration with the Care Quality Commission (CQC) in England (and the equivalent bodies in the rest of the UK).  This would mean that any organisation registered to provide healthcare would have a corporate Duty of Candour.  Failure to demonstrate compliance could result in refusal or removal of registration, fines, and/or requirements to take remedial action.
AvMA wants the Duty of Candour to be known as "Robbie's Law" in honour of Robbie Powell and his parents.  Robbie's case has come to symbolize the need for a legal duty of candour (see below).

STOP PRESS: Regulations for the Care Quality Commission laid before Parliament on 30th November 2009 will make it a legal requirement to report incidents to the National Patient Safety Agency.   This has added extra urgency to our campaign to make it an equal requirement to inform patients.  The Liberal Democrats have prayed against the regulations on the same basis.

Why is there a need for a legal ‘Duty of Candour'? There is a wide consensus that whilst things may have improved, and that the vast majority of health professionals are open and honest, providers of healthcare are not always as open and honest with patients or their relatives when things go wrong as they should be.  That is certainly AvMA's experience, as the main supporter of people when things do go wrong in healthcare for over 25 years.  However, don't just take our word for it:-
The failure to report incidents means that the NHS is deprived of information which could help prevent reoccurrence of the same mistakes, as well as depriving injured patients or their next of kin their natural right to know what happened and why.

HOW YOU CAN SUPPORT THE CAMPAIGN FOR ‘ROBBIE'S LAW'