More gnomes, G.P.S, S-Wine Flu, A congestion scheme and did you Know?

A new day, and a couple of items to start with:

Have you ever done anything really stupid? I did this morning, I was dicing the rat faced bat cat’s chicken when I cut myself, I put a plaster on the offended finger and carried on but there was still blood dripping onto the worktop, I looked down and I had put the plaster on the wrong finger-ho hum, back to the home.

The second is really useful, I had need to replace a remote control for my free view hdd recorder, and found one on the web, it didn’t work so they sent me another which does, all for £9.99 including postage, but that isn’t the good bit.

If you need to check a remote to see if it’s working, turn your mobile camera on, put some new batteries in the remote and point it at the lens and press a button, if the remote is OK you will see a light through the camera lens, because mobile cameras can see infrared!

Well I thought it is a great tip. 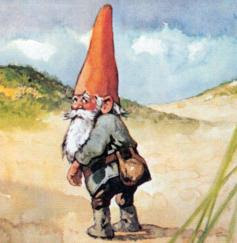 After the death of an elderly Cootamundra (New South Wales) woman, the collection of small cement people was left behind, all 1500 of them.

But a solicitor acting for the deceased estate in southern NSW contacted the Australian Gnome Convention seeking advice on how to dispose of the garden ornaments.

The convention, established by the Lower Blue Mountains Rotary Club, is held annually in Glenbrook, west of Sydney, and has become the spiritual home for Australia's gnomes.

Convention organiser and "gnome master" David Cook said he did not hesitate in organising a rescue party.

"We didn't want to see them put in a skip and taken to the tip and all smashed up," Mr Cook said.

The four-member rescue team joined with Cootamundra locals, working for almost four hours to load "every square inch" of two vehicles and a trailer.

The gnomes will be fostered out to various locations across the Blue Mountains but will be reunited next Australia Day for the sixth annual Australian Gnome Convention.

How do you spell Capri? 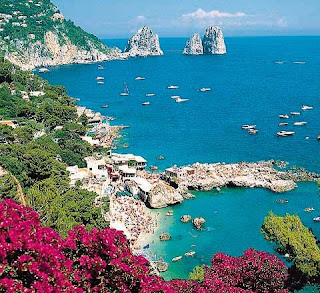 A Swedish couple looking for the pristine waters of the popular island of Capri ended some 400 miles (660 kilometers) away in the northern industrial town of Carpi after misspelling the destination on their car's GPS.

Just a hint: When you go to an island there is usually some sort of water involved.

Good job they didn’t end up at the Ford factory (joke only an old fart would appreciate).


It was the wine in swine flu 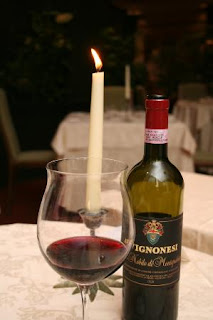 From down under(ish): A New Zealand woman had a novel defence when she appeared in court on a drunk-driving charge: It was swine flu's fault. Business manager Deborah Karen Graham sought clemency for the charge in the southern city of Queenstown on Monday, saying the three glasses of wine she had consumed were more potent because she was recovering from the virus.

"She had swine flu. She was just getting over it ... and she thinks because she had the flu it may have hit her harder," said Graham's defence counsel Nicole Murphy.

Judge Kevin Phillips was having none of it.

"Swine flu seems to be the 'in' submission for everything at the moment. I reject all that," he said, fining Graham $360 and disqualifying her from driving for six months.

New Zealand has been hard hit by swine flu, with 2,662 confirmed cases reported, including 14 deaths.

I wouldn’t sneeze at that.

Too many cars on the road 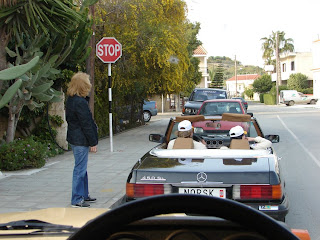 That was the excuse for not introducing a "2+" pilot scheme in Nicosia, Cyprus in which one lane was designated for vehicles with more than one passenger, in a bid to reduce the number of private vehicles on the roads.

Signage had already been erected and also painted on the tarmac for the scheme which was to have been introduced this month when traffic in Nicosia generally subsides with schools closed and residents going on holiday.

Communications Minister Nicos Nicolaides told reporters that a precondition for the pilot project was for traffic to be 70 percent of the norm. But instead of decreasing it had actually become worse.

"It is crystal clear that traffic conditions are unsuitable for this measure to be implemented at the moment, even on a pilot basis," he said. "Heavy traffic flows simply do not permit it."

Nicolaides said that if any congestion scheme was to become permanent, this would require an integrated public transport system and for Cypriots to change their reliance on their cars.

Cyprus has no comprehensive public transport system to speak of.

Yep, London has the same problem. 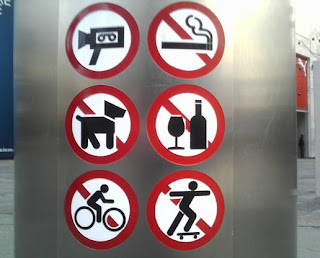 1. In Milan it is a legal requirement to smile at all times, except during funerals or hospital visits.

2. In Massachusetts, taxi drivers are prohibited from making love in the front seat of the car during their shifts.

3. In Denmark, people are legally obliged to honk the horn and check for small children underneath the car.

4. In Thailand, it is illegal for anyone to leave a building without wearing their pants.

5. In Michigan, anyone planning on bathing in public must have their swim suit inspected by a police officer.

6. In Florida, any unmarried woman who parachutes on a Sunday could be jailed, and singing while wearing a swimming costume is also prohibited.

7. In Portugal it is unlawful to urinate in the sea.

8. In Hong Kong the wife of a husband who commits adultery is legally entitled to kill the mistress in any manner desired, and the husband with just her bare hands.

9. In Switzerland flushing the lavatory after 10pm is illegal.

10. In Canada if you are arrested and then released from prison, it is a legal requirement that the felon is given a handgun with bullets and a horse, so they can ride safely out of the town.

Angus Dei-NHS-THE OTHER SIDE
Posted by Angus Dei at 06:51 8 comments