Life is a bloody socket: Morse code: Life is a holiday for U-Turn Cam: Who wears the trousers: Sad and miserable Bildeston: Croc of a meal: Sooty, Paul Daniels and the Pizza: and a split Numpty.

As old Bill S wrote “It droppeth as the gentle rain from heaven upon the place beneath: it is twice blest”.
No it isn’t, it is pissing down at the Castle this morn, there is so much humidity in the air that you can see the vortices coming orf my shoulders as I walk.
Just got back from Tesco after buying an extra week’s worth of stale bread, gruel and Pussy food because they are shut next week for a “refit”, and they still haven’t sorted out the entrance road. 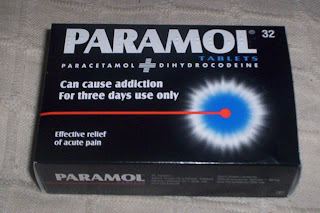 The trip to the Dentist yestermorn didn’t go too well, arrived at eleven, went straight in had three jabs, sat in the waiting room, went back in had three more jabs, still in pain, had two more jabs, then the “extraction” started, after ten minutes of yanking and grunting (and the Dentist wasn’t doing much better) there was a crack and half of the offending tooth came out, another ten minutes of probing and pulling and the broken bit of root was extracted.
Said Dentist then decided that the tooth next to the pulled one was beyond redemption and needed to come out, three more jabs, ten more minutes of pulling and groaning and “snap” the root broke orf that one as well, five minutes of probing and yanking later I was looking at four pieces of what was left of my mouth furniture.
At noon on the way home I decided to stop at a chemist and after standing in the queue whilst drooling blood down my shirt I asked for the “biggest pack of the strongest painkiller” known to man, and was sold Paramol.
Finally got home and took the “white caplet shaped” tablets, and then I fell asleep, unfortunately Paramol have several side effects-they give you a headache, they appear to paralyse you (about 80pc) so that you shuffle about at the speed of a dead snail, and worse of all they give you wind.
Not the “excuse me” type of gas from the facial orifice but full blown boxer flapping blasts, which apparently his Maj could hear from anywhere in the Castle or grounds and would come hurtling in jump on my poor broken body and shove his head into my crotch (I must get him to the Vets for the snip) and the last side effect is that they make you “fuzzy”-nothing new there then. 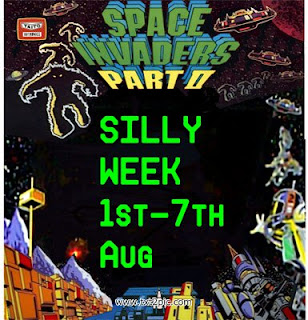 Apparently the item in Yesterday’s post about IE users having the IQ of an Onion was a hoax, I would like to apologise but I won’t because after all it is “Silly week”.

Allegedly Inspector Morse is back and looking a lot younger 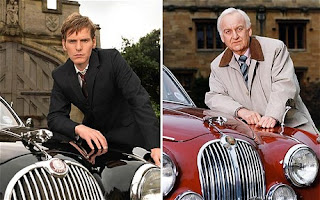 The death of the fictional detective eleven years ago appeared to rule out any possibility of the character returning to our screens. But yesterday ITV announced it is to make a prequel based on Morse's early days in the force.
It will star a relative unknown, Shaun Evans, in the role last played by the late John Thaw. The drama will be called Endeavour, a reference to Morse's first name.
Think I’ll endeavour to miss that.... 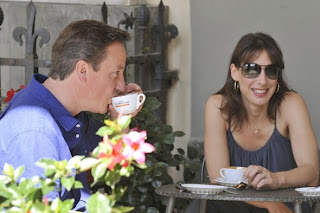 And U-Turn Cam and his brood will have taken four holidays in less than five months, according to new details from his spokesman.
David Cameron is currently on a two-week break at a £9,700-a-week villa in Tuscany, but he will go on a new holiday a week after his return to work on August 15th.
In addition to a short break in southern Spain in April and another in Ibiza last May, the trip takes the Cameron’s up to an impressive four holidays in just five months.
All together now-“We are all in this together”......
Up in Barking 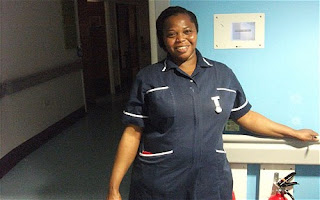 A Christian midwife is suing a hospital for making her wear trousers in the operating theatre – because she claims the Bible forbids women from putting on men’s clothing.
Hannah Adewole claims she was banned from wearing scrub dresses in theatre, while Muslim midwives were allowed to wear their own hijabs and tops.
Mrs Adewole, 45, told an employment tribunal: “A Muslim midwife would not have been treated in such a disrespectful manner.” She is suing Barking, Havering and Redbridge University Hospitals NHS Trust for religious discrimination and harassment.
She cites a command in the Book of Deuteronomy that people should not wear clothing meant for the other gender. Mrs Adewole, who still works at Queen’s Hospital in Romford, Essex, stands to win thousands of pounds in compensation if she succeeds in her claim.
Giving evidence, Mrs Adewole, of Hackney, east London, said: “Reading the Bible has always given me strength.
“I believe that the Bible is truth and that its words should be followed wholeheartedly.” She told the tribunal that she considers wearing dresses rather than trousers “a mandatory requirement in order to adhere to the scriptures”.
It’s not about the money-honest, no really it isn’t.....
North a bit to Suffolk 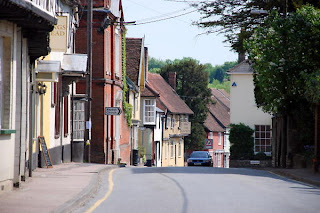 Locals living in a picturesque village of Bildeston yesterday hit back at claims by a disgruntled new arrival that it was a "sad and miserable" place to live.
Roger Chapman, who admits he has been in Bildeston, Suffolk, for less than two years launched, an extraordinary attack on the village in a local magazine.
He described it as a smile-free zone compared to places like Scotland and the North East where he had previously lived.
Mr Chapman, who says he is Suffolk-born, used the pages of the Bildeston Bugle to air his grievances about the village, claiming that no-one smiles or stops to pass the time of day.
He said:"I was shocked at the extreme degree of community introversion in Bildeston - along with the general lack of smiles to be seen when going about daily business."
Tricia Baldwin, part of the Bugle's editorial team, said:"It's really sad Mr Chapman feels like that - it is not at all a true picture of the village.
"His remarks have shocked an upset a lot of people - we were at a golden wedding party at the weekend where half the guests had moved to the village in the last ten years and his comments were even mentioned in the speeches.
"We moved here 12 years ago from Hemel Hempstead and found it to be a really friendly vibrant community. Just in our road we have street parties and organise boat trips - and we all rally round in a crisis."
The pic is of Bildeston high street-really vibrant....

Wonder if Roger is related to the Dei dynasty?
Left a touch to Cambridgeshire 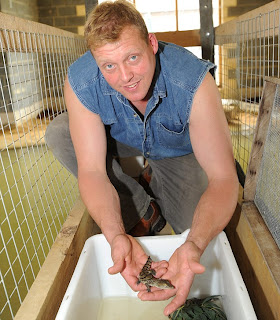 Farmer Andy Johnson's newest arrivals have a deadly row of teeth – and will grow to be 3m (10ft) predators weighing up to a tonne.
After becoming the first Briton to successfully hatch a pair of baby Nile crocodiles following a six-year breeding programme.
The 41-year-old, who owns Europe’s first croc farm, watched the pair hatch from eggs last week after an anxious 90-day incubation process.
Mr Johnson said the newborns were shy and added he plans to use them for breeding in the future. He said: ‘It is brilliant because we have been told right from the beginning that it wouldn’t be done – and it has knocked that theory on the head.
‘As far as I know, no Niles have been bred in Britain before. At the moment, they are being treated like gold dust because we need to get the job right.
‘We are feeding them on crickets and, as they are shy, they keep running off but the crickets are disappearing.’
Mr Johnson, from Huntingdon, Cambridgeshire, will breed the crocodiles for their meat, which he sells at his farm shop. He started the business in 2005 with a £60,000 building to house seven fully grown reptiles.
Shan’t be visiting his farm shop then....
Somewhere in Blighty 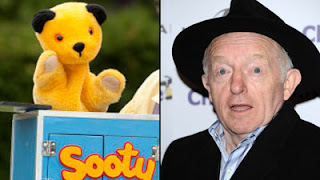 Paul Daniels was taken to hospital with head injuries after being hit in the face by a pizza thrown by Sooty.
The 73-year-old magician was filming a scene for ITV's The Sooty Show when he was struck by the flying pizza, leaving him dazed.
Daniels suffered a black eye and was taken to hospital for treatment, The Sun reported.
The newspaper claimed the incident happened after Daniels complained that in a first take of the scene, the pizza had not been thrown hard enough.
But as the puppet, operated by co-star Richard Cadell, hurled the Italian dish a second time, Daniels was injured.
Chris Davis, Daniels's agent, told the newspaper: "It damaged his eye. We had to go to hospital and cancelled a gig, but he's made a full recovery."
Daniels, who was appearing on the show as a special guest alongside his wife and assistant Debbie McGee, 52, apparently insisted that producers use the take in which he was injured.
A source added: "Paul was such a good sport and so professional. He's insisted they use the scene where he got injured, not the first one."
So he’s happy then-but not a lot......

And finally:
Right more than a smidge to the land of the cook 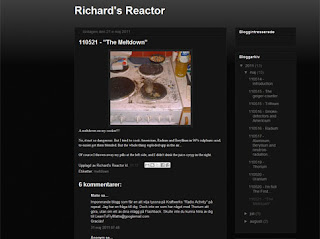 A Swedish man has been arrested after attempting to split atoms in his kitchen, claiming that he was only doing it as a “hobby”.
Richard Handl said that he had the radioactive elements radium, americium and uranium in his apartment in southern Sweden when police showed up and arrested him on charges of unauthorised possession of nuclear material.
Handl, 31, said he had tried for months to set up a nuclear reactor at home and kept a blog about his experiments, describing how he created a small meltdown on his stove.
Only later did he realise it might not be legal and sent a question to Sweden’s Radiation Authority, which answered by sending the police.
“I have always been interested in physics and chemistry,” Handl said, adding he just wanted to “see if it’s possible to split atoms at home”.
Although he says police didn’t detect dangerous levels of radiation in his apartment, he now acknowledges the project wasn’t such a good idea.
“From now on, I will stick to the theory,” he said.
And no this isn’t a hoax, but at least he has the right name-Dick...
That’s it: I’m orf to burst a bubble.
And today’s thought: The rewards of age . . . are not for wimps.
Angus
Posted by Angus Dei at 08:54 10 comments