A whimsy more than a quickie 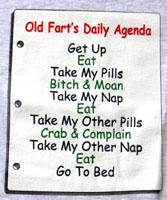 Oodles of solar stuff, not a jot of skywater, even less lack of warm and slight atmospheric movement at the Castle this morn, I tried to enact the old 'Ampshire ritual of snatching Dawn's crack but unfortunately in  my enfeebled state I fell orf twice and poked myself in the eye with a stick at the third attempt.


But the old bod is on the mend, I am finally able to stand upright and sit dahn for even longer without having to resort to the four poster, instead of the ring of agony I just feel as if I have been kicked in the side by an 'Orse which I know can't be true because all the 'Orses in the world are Dahn Tesco hiding in the freezers disguised as cows.


And as to the cause of the ring of agony-it wasn't the man-boob bra because I use one of those new super duper all encompassing uplifting invisible under your clothes do-dahs.

All I did was to take an empty milk container out to the "recycling" bin, as I lowered the drawbridge and stepped out there was a massive blast of more than cold wind which made me sneeze as I lifted up the lid and "presto"-bad back and the ring of agony.


Now: I blame the Government entirely for my mishap because if they had introduced global warming as promised in their manifesto none of this would have happened, I would have been able to walk to the bin in my shirt sleeves without having to spend five bloody days in bed.

And I would like a rebate from the Piss Poor Policies Millionaires Club Coalition for all the filthy lucre I have given them to make Blighty on a par with the Med which they have failed to do miserably-as usual.

Ta very much for your good wishes and advice.