Even colder at the castle this morn, the liquid metal in the heat gauge has buggered orf to somewhere warm and the fallic glu is so bad that I want to write double entendre’s all the time and I had to retreat to the four poster yestermorn.

As university fees reach the £9,000 mark 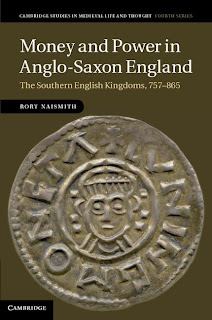 The knobs at the top of the educational edifices have taken advantage of all the new loot and awarded themselves nice fat pay raises.
Five vice-chancellors enjoyed increases in total pay packets of more than 20 per cent and 13 more were awarded rises of more than five per cent.
The average university head was paid £239,000, while 3,403 university staff received more than £100,000 – a six per cent rise.
The highest-paid vice-chancellor was Prof Andrew Hamilton, head of Oxford University, who earned a total package of £424,000 – a slight rise on the year before.
Prof David Eastwood, head of Birmingham University, received a seven per cent rise, taking his total pay package to £419,000.
Nicola Dandridge, chief executive of Universities UK, which represents vice-chancellors, said: “For 2010-11, there have been very few increases across the sector, reflecting the current funding climate.
“The remuneration packages for vice-chancellors reflect what it takes to recruit and retain individuals able to run complex, multi-million pound organisations, which are operating in an increasingly competitive, global market. These packages are in line with those in competitor countries and also with heads of public and private organisations of a similar size.”


Nationally, pay packages – including salary and pension contributions – rose by only one per cent on average. But some university heads took much greater increases.
The worst offenders are:

Nice to see that “we are still all in this together”


Up in the posh bit of the smoke 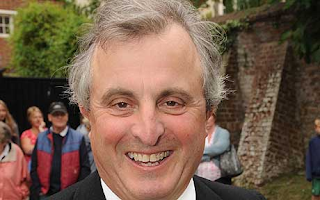 U-Turn Cam’s father-in-law has complained of Russians who moved into his “smart street in London” and started digging an underground basement.
Viscount Astor joined peers calling for tougher regulations for basement extensions amid concerns about their effect on neighbouring properties.
The Subterranean Development Bill was given an unopposed second reading after the House of Lords heard of the damage that could be done by wealthy homeowners installing swimming pools, gyms or extra rooms below their properties.
Lord Astor, who lives in basement flat in a Belgravia townhouse “on quite a smart street in London”, said his problems started when some Russian neighbours moved in and starting excavating the basement.


Up to Brummy land 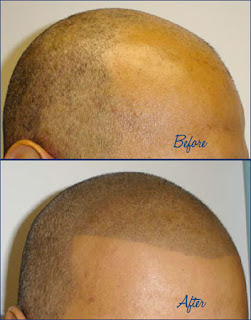 A British company said it is opening salons across England dedicated to the tattooing the scalps of bald men to make it look like they have short hair.
Company HIS Hair, or Hair-Ink-Skin, based in Birmingham, said it is opening facilities across England to allow men who have lost their hair to give the appearance of hair growing back using a tattooing technique applying different shades of pigment to the scalp to emulate the look of a buzz cut, The Sun reported Friday.

I find that a felt tip does much the same job- is a lot cheaper and doesn’t hurt at all...


East a smidge to the land of less food 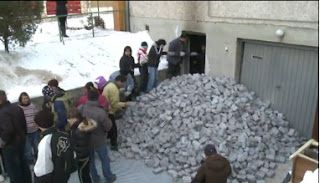 Hungary's central bank is burning old monetary notes to help the needy in Europe's deadly cold snap.
The bank is pulping wads of old notes into briquettes to help heat humanitarian organisations.
Barnabas Ferenczi, head of the bank's cash logistics centre, said: "For the central bank, corporate social responsibility is an important thing.
"That's why we thought that since we destroy approximately 40 or 50 tons of currency every year, this thing can be useful for charities that have a problem finding fuel for burning."
"Our examination showed that the heating properties of these shredded currency briquettes are similar to brown coal so they are pretty useful for heating and resolve the problem to find fuel."
It takes the equivalent of £14,000 in notes to make a single one-kilogram briquette.

Wouldn’t it be better just to give them the money?


Somewhere in the Northern hemisphere

French artist and copyeditor Guillaume Blanchet from Montreal has lived on a bicycle for over a year.  Apparently he even cooked his own food and flirted with women, while perched on the narrow bicycle seat.
Blanchet does everything on the go, and he never stops pedalling. As he rides hands-free, he is occupied with the various mundane activities of life. Numerous items make an appearance, such as frying pans, shaving kits, laptops, telephones, Rubik cubes, and even musical instruments.


If you are tired of life watch the video-but beware the music is really annoying...


Right a lot to the place near Edam 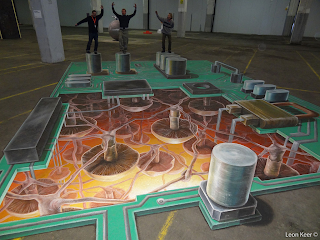 The harbour area and abandoned warehouse forms the backdrop for the exhibition of more than 60 sculptures and installations curated by Piet de Jonge.

The 3d painting measures 45 square meters and is made directly on the concrete. 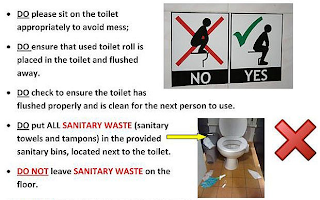 Bosses at Swansea University have put up signs instructing students how to use the toilets properly after some were found in a mess.
They have blamed "cultural differences" in the way that the toilets are used by foreign students.
A university spokeswoman said: "The posters were produced to help address cultural differences that were unfortunately causing damage and hygiene issues.
"Swansea University is a multi-cultural campus community and the informational posters were produced, for use in both male and female facilities.
"The information was produced in conjunction with the International College Wales Swansea and displayed in key areas around the campus.

That’s it: I’m orf to have a look at Steve Jobs FBI file and then back to the four poster. 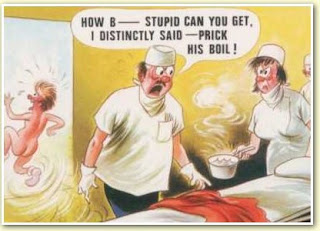 Warmish, dryish, calmish and sunnyish at the Castle this morn, the study is still a vacuum for ex computing thingies and I had the injection in the right elbow yestermorn-bloody painful, it has swollen up to a size larger than U-Turn Cam’s ego, so I am writing this with left hand only.

I don’t usually do football but; 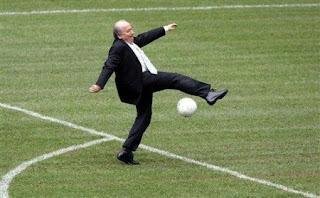 Apparently there is a bit of hoo-ha over some bloke called Step Ladder who runs the football thingy.
Allegedly Step Ladder is facing calls for his resignation after claiming that racism on the pitch is not a problem and that racist abuse between players should be settled by a handshake.

Fine; whatever; now stop putting it on every “news” channel on the box.... 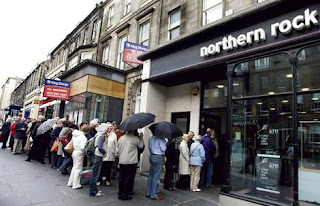 Son of a B....aronet (and alien reptile in disguise) George (I don’t have a GCSE in maths) Osborne has managed to sell orf our Northern Rock bank for £400 million less than “we” paid for it.
The lucky recipient of this knock down gift is old beardy Branson who must be rubbing his hands together in glee over 75 branches, 2,100 staff, one million customers, a £14bn mortgage book and retail deposits of £16bn. The combined business will operate in the high street under the Virgin Money brand.

The Chancellor insisted the deal – under which Sir Richard Branson’s Virgin Money takes Northern Rock over for £747m, possibly rising to £1bn – represented good value.
Meanwhile “we” are keeping the £20bn of toxic assets such as bad debts and closed mortgages.

Who “voted” for this unelected bunch of Wankers?


Meanwhile up in the Chilterns 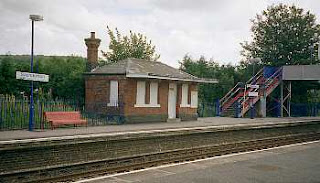 Chiltern Railways is scrapping a service because the train is too big.
For years around 30 or so commuters in Saunderton, Bucks could rely on the 7.19am to Marylebone Station which would get them into London just after 8am.
But from next month the service is going to disappear because the train will be too long for the platform.
This follows the decision of the company to add a seventh carriage to the service to ease overcrowding, but alas it is one too many for Saunderton station.
As Chiltern does not employ guards, it is not possible to only open some of the doors on the train.

Makes a change from leaves, wrong type of snow/rain/heat and Lions I suppose....

Over the sea to the big bit on the left 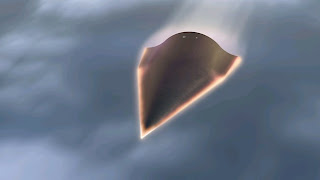 Allegedly the Pentagon held a successful test flight on Thursday of a flying bomb that travels faster than the speed of sound and will give military planners the ability to strike targets anywhere in the world in less than a hour.
Launched by rocket from Hawaii at 1130 GMT, the "Advanced Hypersonic Weapon," or AHW, glided through the upper atmosphere over the Pacific "at hypersonic speed" before hitting its target on the Kwajalein atoll in the Marshall Islands, a Pentagon statement said.
Kwajalein is about 2,500 miles (4,000 kilometres) southwest of Hawaii. The Pentagon did not say what top speeds were reached by the vehicle, which unlike a ballistic missile is manoeuvrable.
Scientists classify hypersonic speeds as those that exceed Mach 5 -- or five times the speed of sound -- 3,728 miles (6,000 kilometres) an hour.
The test aimed to gather data on "aerodynamics, navigation, guidance and control, and thermal protection technologies," said Lieutenant Colonel Melinda Morgan, a Pentagon spokeswoman.
The US Army's AHW project is part of "Prompt Global Strike" program which seeks to give the US military the means to deliver conventional weapons anywhere in the world within an hour.

Back in the bunker...

Back in the Smoke 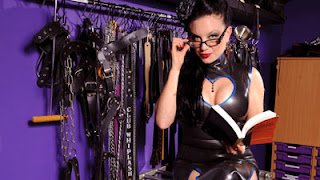 Wonder if there are any tickets left... 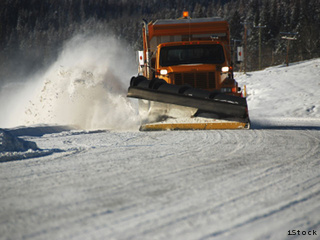 An axe-wielding man attacked a snow plough truck in Big Lake earlier this month, apparently because he was angered by a snow berm (A ridge of snow pushed up by a plough) blocking in his car, according to charging documents.

The truck's driver, James Ross, told Alaska State Troopers a man with a "maul-style axe" ran in front of his truck on Saquonee Street in Big Lake the afternoon of Nov. 6, forcing Ross to slam on his brakes to avoid hitting the man, according to a trooper affidavit filed in court.
Then Logan hit the driver's side door of the truck with the axe, causing about $200 in damage, according to the affidavit. Ross drove away, fearing that Logan would attack him next, the court papers say. The plough driver then gave troopers Logan's description and told them where the attack occurred.
The man, later identified as 44-year-old Vernon Logan, swore at Ross while asking what Ross was doing, the court papers say.


Err, snow plough-what did he think he was doing...


Back to the Smoke 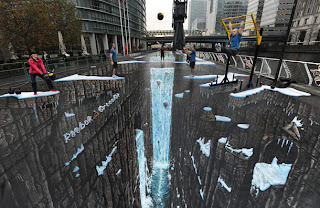 Or until it rains...

That’s it: I’m orf to plumb the depths of the moat.


And today’s thought: I went to the bank and went over my savings. I found out I have all the money that I'll ever need. .. . If I die tomorrow." -- Henny Youngman