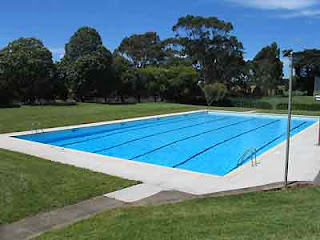 Still cool, still no rain, it didn’t come to anything yesterday, still having problems with IE8, thanks for all the advice DD but no change, I blame the government, it is a conspiracy by all the MPs that are leaving to firk up the blogosphere, because we enjoyed ourselves so much over the expenses thing.

I am not sitting in the garden by the pool this morning, mainly because I haven’t got one-a pool that is, added to the fact that my pussy doesn’t like water, but I am sitting on the settee by the window enjoying the breeze.

And of course Mr A Murray is out of Wimbledon, shame.

There is a really weird collection of “news” today and I didn’t make them up: honest. 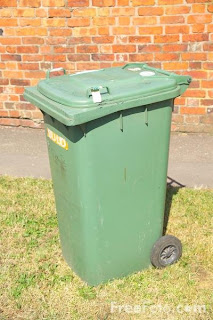 Are Binmen getting above themselves?

Rob Owens, 49, who is a lorry driver, placed his bin on a patch of grass at the end of a path leading to his home because he was going away for a few days and did not want to block the path.
However, the Binmen noticed it was three inches too far to the right and not squarely on the path, so refused to pick it up.

According to Worcester City Council, grey and green wheelie bins must be placed for collection at the end of paths leading to houses and not on grass verges.

Mr Owens, who lives in Worcester with his partner Anna Milner, 45, said: "I phoned the council and they told me it was because I'd left it in the wrong place.

"I just couldn't believe it. You would literally have to put your arm out a couple of inches to reach it.”

"They're even on wheels. It's absolutely outrageous."

The bin was left un-emptied a fortnight later because collectors spotted a crumpet among the recycling.

Rob said: "They left a note on the top which said 'Has not been emptied - textiles and crumpets'.
A spokeswoman for Worcester City Council said: "We unreservedly apologise to Mr Owens and Miss Milner for this inconvenience.

"Management will be taking steps to ensure this never happens again.

"It is certainly not council policy to refuse to collect a bin because it is not in the exact right position."

A number of non-recyclable items were found in the green bin last week.

"We have now gone back to empty all the refuse, and hope the matter is now resolved."


And one other thing, I put mine in the right place so why can’t the Binmen put it back instead of leaving it twenty yards away? 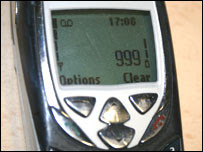 A woman dials 999 to say her hamster had escaped from its cage, police said, as they asked the public to only use the service for genuine emergencies.

South Yorkshire Police said eight out of 10 of the emergency calls made to its Sheffield control room did not require urgent attention.

In one example, they said a woman told the operator: "It's my hamster. It's got out of its cage. It's gone into the bathroom and down into the floorboards."

The call handler says "Your hamster?" and the woman continues: "Is there any chance anyone could come and help me get it out?"

In another call, a man is heard to ask for help because a swarm of wasps has landed in his garden
Superintendent Rob Odell said the force received around 15,000 non-emergency calls to the 999 service a month.

He said his operators have even taken calls from people who have run out of credit on their mobile phones. 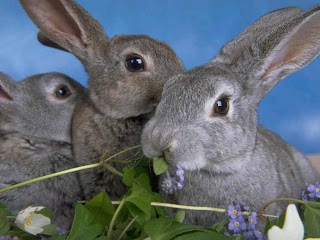 An Oregon woman obsessed with rabbits has been returned to prison after police found her in a hotel room with more than a dozen bunnies.

Miriam Sakewitz, 47, violated her probation by having the rabbits, Judge Gayle Nachtigal, of the Washington County Circuit court ruled on Thursday. The judge sentenced Sakewitz to 90 days in the county jail.

Police arrested Sakewitz on June 16 after she called a maintenance worker to her room in the Portland suburb of Tigard to fix a broken television set. The worker saw and smelled the rabbits, some of them hopping freely around the house.

The woman's legal problems began in 2006, when police found more than 150 rabbits in her home and dozens more bunny bodies in freezers. She was arrested on accusations of animal neglect. After pleading no contest, she was placed on five years' probation, with the condition that she stays away from rabbits. 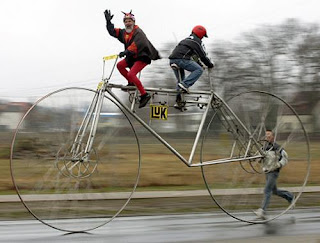 Can you ride tandem?

Two friends were refused service at a McDonald's drive-through for health and safety reasons – because they were on a tandem bicycle.

Tom Halsall and Mark Dixon, both 17, were warned the restaurant would be liable if they were hit by a car.

Staff refused to serve them when they joined the vehicle queue to save time.

The friends had cycled five miles from Chorley, Lancashire, and stopped at McDonald's on Churchill Way, Leyland, Lancashire, for a drink.

Tom said: "We just decided to try our luck at the drive-through because it was quite busy inside, but were told 'sorry, we can't serve you'.

"I wasn't best pleased and asked to see the manager. He came out and explained the reason – that if a car came round the corner and hit us they weren't insured.

"I tried to persuade him, but he didn't budge.

"I'm not pleased with the whole service and I don't think it's justified.

Restaurant manager Rachel Hilliker said: "I have said to all my staff that I'd rather we didn't serve pedestrians and cyclists at the drive-through window for their own protection.

"It's a general health and safety policy in case they are hit by cars.

Sorry but I am with Mc Ds on this one; otherwise it would be called a pedalthrough. 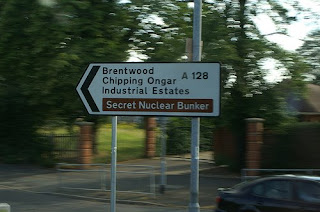 No star hotel slashes prices to £5.99 a night the bargain price buys a room with no windows or television, no central heating, very little hot water, and a compulsory waking time of 7am.

Guests are likely to have to share their room with up to six lorry drivers, hard up travelling salesmen or passing immigrants, and must queue for the hotel's one shower in the morning.

Despite its minimalist charms, the frankly named Null Stern Hotel (No Star Hotel in German) is in the Swiss town of Sevelen, not far from the financial centre of Zurich.

Designed by conceptual artists, it was opened to the public earlier this summer as the ultimate in no frills luxury.

Patrick Riklin, who co-owns it with his brother, said he wanted guests to abide by the motto "less is more" as they paid between £5.99 and £17 for a room for the night.

Much of the hotel is built underground, meaning it can be cold even in the middle of a hot summer, so the hotel offers hot water bottles to keep guests warm.

However, while the establishment does not offer many amenities usually associated with hotels, it does offer one unique feature. The hotel is built in a disused nuclear bunker - a relic of the Cold War - so guests are guaranteed safety in the event of an atomic explosion.


Yeah; and there would have to be a nuclear war to get me in there. 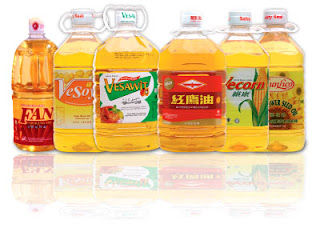 A survey found that unhealthy sunbathing habits are to blame for Scots having the highest risk of contracting skin cancer in the UK.

One in five polled admitted to 'binge tanning', and a quarter said they used sun lotions with lower than recommended protection.

Four out of 10 Scots also admitted experimenting with their own sun lotions, such as cooking oils and moisturiser.

The Royal Pharmaceutical Society of Great Britain, which carried out the survey, urged sun bathers to invest in high-factor lotions.

Laura Wilson, a spokeswoman, said: "This is a serious issue. I am worried that people still think the warnings about the sun do not apply to them. In Scotland we have higher rates of melanoma than in Australia.

"Scots tend to think they do not need to use sun creams at home but people must respect the sun at all times and make sure they use a recommended sun protection cream."

The YouGov survey of more than 1,000 people in Scotland found that four out of 10 had experienced blistered or peeling skin after spending too long in the sun.

Angus Dei-NHS-THE OTHER SIDE
Posted by Angus Dei at 07:41 7 comments