Not quite as buggered up: One news item a day Auntie- Did someone die?: Connolly goes retail: Scrap yard Numpty: and a slice of resignation.

Vast amounts of atmospheric movement, venal amounts of lack of warm, very little skywater and Dawn’s crack is as big as the biggest thing you can think of at the Castle this morn, after several days (plus a couple) of “resting” the annoying, painful, locked up elbow it feels OKish enough to attempt yet another piss poor post.


The good thing about the last few light things is that I have had the chance to catch up on stuff like watching a few DVDs, reading some books and other nice stuff.

Auntie is it seems suffering from a lack of news

And has resorted to “reporting” just one news item a day-all day and all fucking night, today it is the explosion of a fertiliser factory in the Lone Star state, earlier in the week was the “unexpected” terrorist attack at the Boston marathon, yesterday it was the 6.00 am to midnight coverage of the funeral of someone who popped their clogs at the ripe old age of 87 after a very long and very privileged life and was dragged through the smoke looking at the arse end of some horses.


Luckily I managed to miss this “spectacle” by turning orf the TV and doing “proper” stuff.


Is the BBC suffering from tunnel vision, or have they reached the stage that they can’t be bovvered to source out news that is relevant to the inhabitants of Blighty, where are the stories about the multitudes dying in NHS ‘Orspitals, or old farts starving to death so that they can put the heating on, or the dodgy deals of the Millionaires Club Coalition.


Do they think that we are so stupid that we can only cope with one bit of information at a time which comes from a foreign country or are they in league with “them” so that we aren’t aware of what is really happening? 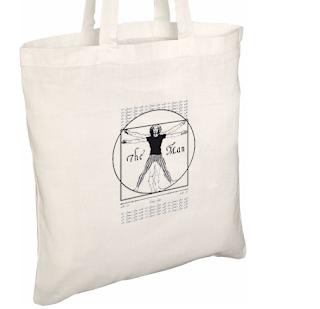 It seems that master William Connolly doesn’t have enough filthy lucre under his mattress yet and has gorn retail by hawking his own range of clothing and household good - including man-bags and
tea towels.

And best of all his not very handsome old face is emblazoned on most of his “merchandise”, in the form of the “Vitruvian Man” logo from his The Man Live tour and an Andy Warhol-style colourful mouse

His Fair-trade cotton “man-bag”, which features the logo inspired by the famous artwork by Leonardo da Vinci, is being sold for £4.50, while caps and beanies emblazoned with the slogan “Too old to die young” are on sale for £10 and £8 respectively.
The £10 tea towels are inscribed with one-liners including “Never trust a man who, when left alone with a tea cosy, doesn’t try it on” and “Marriage is a wonderful invention: then again so is a bicycle repair kit” and bear Connolly’s signature. 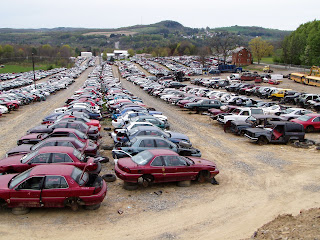 On Tuesday evening at around 6 p.m., in Jamestown NY a 1995 blue Chevrolet Tahoe was travelling north on Monroe Street toward Eighth Street when it failed to stop at the intersection and was struck by a vehicle travelling east on Eighth Street.
An Alstar ambulance was called to the scene for occupants of the eastbound vehicle driven by a Kennedy man, while the driver of the Tahoe was not seriously injured.
Upon investigation it was found that Jason Burger, 28, of Barrett Avenue, Jamestown was attempting to take his Tahoe to the scrap yard. According to police, Burger indicated his vehicle did not have brakes.
Burger is facing charges of failure to stop at a stop sign and inadequate brakes. He is also being charged with reckless endangerment after revealing to police that he had removed lug nuts from the wheels of his vehicle and disconnected the battery before coasting down the hill and through the stop sign. Isaacson stated that the subject had intended to bring his car to the scrap yard located near the location of the accident, but was unable to cross over Eighth Street before being struck by the oncoming vehicle.


Back in newsworthy Blighty 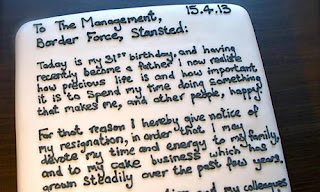 A Cambridgeshire man recently gave notice with a message piped on top of a passion cake, Chris Holmes, an immigration officer for Border Force at Stansted Airport, handed in his resignation yesterday beautifully piped in neat black letters on a flawless page of white royal icing. "The writing was quite fiddly," he says (he had practised on a sheet of paper). "I would have done it a bit neater if I'd known it was going to go viral."
Addressing his letter to "The Management", Holmes writes in upright and looping script: "Having recently become a father I now realise how precious life is and how important it is to spend my time doing something that makes me, and other people, happy. For that reason, I hereby give notice of my resignation, in order that I may devote my time and energy to my family, and my cake business."


Holmes, 31, who lives in Sawston, Cambridgeshire, is otherwise known as Mr Cake, in the baking business that he has been building up in his spare time over the past two or three years. He arrived for his day job at Stansted on Monday with his large rectangular passion cake in a box – "a spiced carrot cake with pecans and sultanas and coconut" – and a resignation letter, and handed over both at once to the duty manager sitting on the podium behind the immigration desks. The manager and his colleagues "were surprised and amazed", Holmes says. "But they took it very well. It was a huge cake-Ten by 12 inches, with about 18 eggs in it." He made it in two parts, splicing them together with orange icing. "The people who tasted it say it was very nice," said Toby Allanson, a spokesman for Border Force.


No wonder there are so many illegal immigrants in the country...


That’s it; the elbow is playing up again: I’m orf to shrink some batteries


And today’s thought:
Time to go 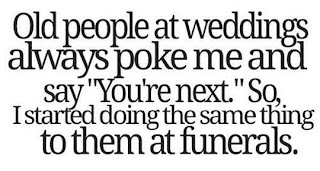