I WANNA TELL YOU A STORY 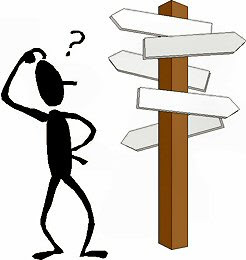 A close friend of mine has discovered the well organised and well staffed and funded medical services industry.

This is a private company contracted by the DWP to “assess” people who are incapable of work, mainly targeted at Incapacity Benefit recipients.

He is middle aged, has mobility problems, and severe depression (his GP’s words) and doesn’t receive incapacity benefit.

This will be the third assessment he has undergone in the last four years, the first two seemed to go well, apart from the fact that it is a twenty mile round trip to the assessment centre.

This time it seems James Purnell’s promise of treatment of the individual claim to enable those who can’t work to work. And the compassionate way these claims would be handled is total bollocks.

He was sent an appointment (dated 20th January) for the 5th February 2009, at ….am, that’s OK he thought, miss the heavy traffic, not to much stress, then the next day another appointment arrived (dated 21st January 2009) for the 11th February 2009 at ….Pm, he couldn’t attend at that time because by …..Pm he is too knackered to move let alone drive 20 miles in the school run.

So, he phoned them up and cancelled the 11th February, and arranged for an appointment for the 26th January at ….am, not too bad, bit of rush hour but driveable. The letter arrived (dated 23rd January 2009) with the appointment.

Just to be sure he phoned the Medical Services at …am to confirm the appointment on the morning of the 26th Jan, which they did.

At …am just as he was leaving, he received a phone call from the assessment centre saying that the appointment was cancelled because the Doctor was ill.

He was then sent another appointment for the 10th February at …am.

I have removed the times of the appointments because he doesn’t want “them” to identify him.

Mr Purnell who is in charge of the DWP has managed to reduce this guy to tears; he is stressed beyond belief, and is so confused that he is not sure what the hell is going on.

He doesn’t know what do, as every letter he has received threatens that if he doesn’t attend his appointments his benefit (the princely sum of £80 per week) will be stopped.

I will take him to the assessment centre for his next appointment, if of course it isn’t cancelled again, and I will stay with him during the examination, because he can’t do it on his own, his confidence is low, as is his self esteem, his depression has worsened, and Mr Purnell is sitting in his plush office earning huge amounts of money, being chauffeured about, with all his senses intact, and probably with private health insurance.

Mr Purnell your scheme to “enable” sick people to work is a disaster, you can’t even make sure that the useless tossers who are getting excellent salaries, to arrange appointments, are capable of doing even that simple job.

The stress and confusion you are causing people is unacceptable. You need to rethink this useless policy, and make sure that people who cannot work are not subjected to this amateurish system.

GET UP OFF YOUR ARSE AND FIRKIN DO SOMETHING, or the suicide rate among the mentally and physically ill is going to increase, which will solve your numbers problem but will be on your conscience, if you have one.

“When a man's knowledge is not in order, the more of it he has, the greater will be his confusion.” Herbert Spencer