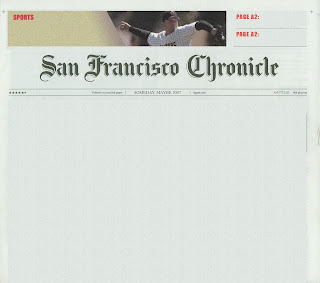 There seems to be a dearth of “interesting” news today, so I will just ramble for a while as I watch the tribe that has taken over my lawn build a mud hut, which will ruin the flower beds, but there is plenty of water falling from the sky.
First a further comment on yesterdays “10 truths” thingy, Fear not Phidelm , my bark is worse than my bite, and Angus Dei was an invention I used when I was asked to write for a certain medical blog site which I am no longer associated with (some people will be pleased to know).
The odd thing is that since I stopped, my hit rate has trebled, and of course the “powers that be” have stopped cyber stalking me, I haven’t had the GMC, the Government, 5, or GCHQ around for a week now which is nice.
Re: the revelations to come-don’t expect a “real name” just a collection of photos of my self and Mrs “A” from the age of 17ish to 50ish and a bit of nice music.
There is a piece of news I would like to comment on Elderly face £20,000 bill for social care from the Telegraph.
Are Gordon brown and the planks in Westminster taking the piss?
His “Compulsory Care Scheme” is about as well thought out as his economic management, forcing the elderly “middle class” to pay for “future care” after 50 years of paying taxes and National Insurance is beyond belief.
“The compulsory “comprehensive” model whereby all adults over 65 would pay a lump sum of between £17,000 and £20,000 to guarantee free care in later life. The sum could be paid upon retirement, taken as an “inheritance levy” after death or even taken from a deferred state pension.”
“A voluntary “insurance” scheme, run either by private companies or the Government, under which adults would receive free care as required once they have paid an estimated £20,000 to £25,000 in premiums.”
Let’s hope that the next non-Labour government will consign this half baked idea to the bin.
One other piece of news is that “Lord” Ara Darzi has resigned from the Gov, good, because his faffing around with health care has cost us billions and produced nothing but confusion amongst the medics and another ten layers of management which is taking much needed money away from patient care.
And a final item:
Green energy will cost “The Renewable Energy Strategy will state that more than £100 billion needs to be invested in infrastructure, including 7,000 wind turbines, by 2020.
It is estimated in the strategy that energy bills will have to rise by about 20 per cent to cover the cost.”
“The average household pays about £1,150 a year for electricity and gas, so the cost of converting to renewable energy and modernising the power supply could add about £230 to bills.
The Government is legally tied to cutting CO2 emissions by 34 per cent over the next 11 years and 80 per cent by 2050.
That means it must increase the amount of energy generated from renewable sources from 2 per cent, the amount currently produced, to 15 per cent by 2020.”

Now that’s something to look forward to.

Angus Dei-NHS-THE OTHER SIDE
Posted by Angus Dei at 08:14 1 comments