There are so many news items today that I thought I would do another ramble.

The Royal mail is in the brown runny stuff, the main problem seems to be the financial position caused by the Pension Fund deficit, which is currently £7 Billion, and Competition from e-mail and the digital delivery of information has wiped £500m from the business's operating profit over the past few years, while the volume of letters Royal Mail delivers was expected to decline at up to 7% a year - before any impact of the economic slowdown.

In other words it was in the shit before the “recession”, not really surprising, hundreds of Post offices closed, Sorting Offices closed and what do the “postmen” do? They go on firkin strike just before Christmas,

I can understand their concerns about their jobs, but, the whole country is in trouble, and Firking up peoples Christmas because of non-delivery will not exactly get much public support.

If they want to get back on track they should provide a service that is designed to make the customer king, not one where you have to travel five miles to post a parcel, or buy some stamps, make deliveries of parcels in the evening, not at ten in the morning when people are at work, and come home to find the “Famous” red card sitting on the door mat.

The Royal mail was founded over a hundred years ago, the attitude of the “Company” is still in those times, they must realise that if you provide a service, it is provided for the good of the customer not the workers or management. 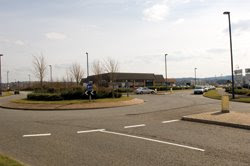 The Gov has done its usual balls up, this time with Transport Dept plan 'incompetent'

The Tossers tried to save £57 Million has actually cost £81 Million, and the problem?

The Department for Transport scheme aimed to cut administration costs by basing payroll, finance and personnel services all on one site in Swansea.

But the public accounts committee said it had started late, had not been fully introduced and was set to make losses.

The computer system had even issued messages in German, the MPs added.
Edward Leigh, the committee's Conservative chairman, said it was one of the worst cases of "project management" the committee had ever seen.


"The result was lamentable. The underlying computer system was inadequately procured and tested, resulting in an unstable set-up when it was switched on," he added.

In its report, the committee said: "Despite the extent of mismanagement in this case, no individuals have been dismissed or properly held to account."

Of course not in this country we reward Tossers that don’t know their arse from their elbow, they will probably get a bonus, or a huge redundancy package

Strictly voters offered refunds I can’t stand this inane, pointless so-called programme, but I feel a mention is necessary. The BBC cocked up the voting system, and is now offering a refund of 25p, I mean it’s not as if there were other channels that did the same thing is it? Or that they had any reason to think it might happen again. 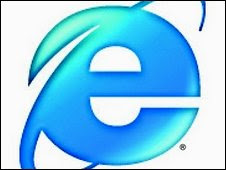 ” Users of the world's most common web browser have been advised to switch to another browser until a serious security flaw has been fixed.
The flaw in Microsoft's Internet Explorer could allow criminals to take control of people's computers and steal their passwords, Internet experts say.

Microsoft is investigating the problem and preparing an emergency software patch to resolve it, it says.

Internet Explorer is used by the vast majority of the world's computer users.

"Microsoft is continuing its investigation of public reports of attacks against a new vulnerability in Internet Explorer," said the firm in a security advisory alert about the flaw.

Microsoft says it has detected attacks against version seven of the browser - its most widely used edition.

But the company warned that other versions were also potentially vulnerable.”


No change there then.

Because of our wonderful Gov thousands of people will lose their homes next year.

Because of the Gov thousands of Gordon Brown’s “Hard Working Families” which he said would be his priority will have nowhere to live, still be in debt, and in effect be thrown on the scrapheap.

Because of the Gov thousands of children will have to “give” up Christmas this year because their parents will be too busy packing to “celebrate”.

Because of the Gov thousands of people will descend on Social Services and the Councils in order to try to find an abode.

I would just like to say on behalf of those people-Thank you Gordon and have a nice Christmas and a happy new year.