Some MPs are not happy: Her Maj’s jubbly tower: Cunning cat: Ban English in the EU: Mitt Romney’s Amercia: Dutch get their own back: Pussy up a pipe: and the Cleaning fairy.

The liquid metal gauge reads 70 degrees in old language at the Castle this morn, a whimsy of mist, a smidge of moving atmosphere and still not a drop of skywater.


Very late this Saturday, overslept because I couldn’t sleep in the heat, the Honda is turning yellow again and his Maj has discovered the joy of digging up the newly planted vegetation to have a pee....


Up in the Palace of Westminster

It seems that one in three MPs are not happy with the cleanliness of toilets inside the House of Commons, and one in five also said they were dissatisfied with Parliament's dining rooms, restaurants and cafes.
A total of 177 MPs and 961 of their staff completed the annual questionnaire asking for their feedback on the quality of services and facilities in the Palace of Westminster.
Many complained their offices were only cleaned superficially and that the lavatories in the Commons were too dirty.
Apparently Toilets in the Norman Shaw North building are in particular need of regular deep cleaning and modernisation, and Around 20% of MPs were unhappy with the dining rooms, restaurants and cafeterias in Parliament and expressed dissatisfaction with the Commons Tea Room and Smoking Room.

Oh dear what a shame, I wonder what the result would be if there was a survey of the population on our satisfaction of MPs?

Still in the leaning part of the Smoke

Allegedly the tower housing Big Ben is almost certainly to be renamed in honour of the Queen for her Diamond Jubilee after a majority of MPs backed a campaign.
Parliamentary authorities are now expected to support the calls to rename the Clock Tower as “The Elizabeth Tower” when they meet in a few weeks.

David Cameron, Nick Clegg and Ed Miliband are among senior figures from all three major parties that backed the proposal for Parliament to bestow the tribute to the Monarch.

They are among 331 MPs, from a total of 650, who now support the campaign, which is also understood to have backing from the Cabinet Office and Buckingham Palace.

A further 40 MPs have signed a Commons early day motion calling for the east tower at the Palace of Westminster to be formally named "The Elizabeth Tower".

Other MPs backing the idea include the William Hague, the Foreign Secretary, Theresa May, the Home Secretary, and Iain Duncan Smith, the Work and Pensions Secretary.

Bye, bye St Stephen, nice to see that just over half of unhappy MPs have their priorities right...


Somewhere in the rain

How to cross a river if you are feline...

Right a bit to what is left of the EU 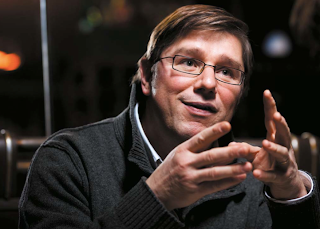 The Brussels-based French-language press is a bit miffed because of the release in English of the EU's annual report cards on the bloc's 27 economies.
In an angry open e-mail to the European Commission, the correspondent for the daily Liberation newspaper Jean Quatremer said -- in French: "Once again, all the documents published today are available only in English. This is unacceptable."


A spokesperson for the Commission told AFP that "the translations are coming." 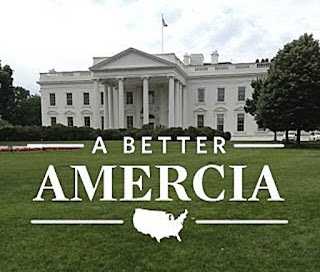 White House hopeful Mitt Romney has launched his “With Mitt" application for the iPhone allowing users to express support for the recently anointed Republican flag bearer by personalizing a photo with an overlaid Romney slogan.
Unfortunately it says “A Better Amercia”.


Romney campaign spokeswoman Andrea Saul said on MSNBC "Mistakes happen, I don't think any voter cares about a typo at the end of the day,"

East more imperial measures than you could shake a dustbin at 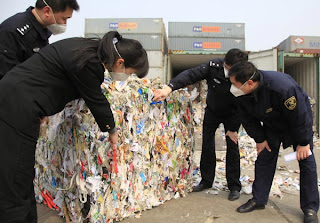 More than 700 tons of smuggled solid waste has been sent back to the Netherlands, its country of origin, Chinese authorities said on Friday.
The illegal shipment consisted of 30 containers holding 763 tons of household garbage, which had been smuggled into China from the Netherlands. They were loaded onto ships at Zhangjiagang, in Jiangsu province, on Friday morning and will reach the Port of Rotterdam at the beginning of July, according to a statement released by customs authorities in Nanjing, capital of the province.
Smuggled in with the aid of fake shipping documents, the batch of waste was bought by Hepu, a trading company in East China's Anhui province, through a firm in Taiwan, the statement said.
The garbage, which included musty paper, plastic bottles and rotten diapers, was scattered everywhere. Among it was trash that environmental experts would not allow to be imported, said the officer, who did not want to be identified.
Following an investigation, the customs workers found the case involved a trading company in Anhui province that had purchased the trash from a fibre company in the Netherlands, using a Taiwan company as an intermediary, the statement said.
Chen Liwen, a researcher at Green Beagle, a Beijing environmental protection group, say many businessmen have benefited from the trade in low-quality solid waste from foreign countries.
"If customs authorities can't check for these abuses in a stricter way, domestic garbage from developed countries will pollute our country and damage Chinese people's health," she said.

West again and dahn to the land of Purrgeots 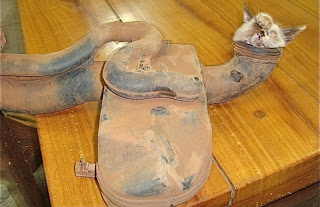 A driver who felt his car was losing power checked under the bonnet – and found a kitten stuck in the engine.
The motorist found the two-month-old creature wedged inside the exhaust system, with just its head and a paw sticking out.
It was only when he took the vehicle to a garage to have the animal removed that mechanics noticed it was still alive.
The part was taken out and rushed to a fire station where a crew cut the feline free.
The kitten had intestinal surgery and is now recovering at a sanctuary in Rio Verde, western Brazil.


Up from the land of furry exhausts 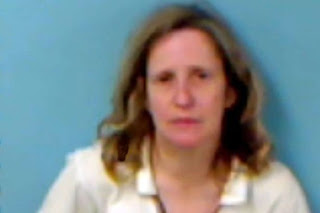 US police are investigating after a real life cleaning fairy broke into a home to do some housework.
The woman broke into a house in Westlake, Ohio, did some light cleaning, then left a bill for $75.
She broke into the house while the owners were out but their teenage daughter was asleep upstairs.
The woman took out the rubbish, vacuumed the carpet and cleaned up the living room.
Homeowner Sherry Bush said: "I think our jaws just dropped to the ground. There were some coffee mugs that my husband had out. She had washed them all.
"She wrote a note on a napkin and left it on the table, saying, '$75 I was here to clean,' and left her name and number."
Assuming she had got the wrong house, Mrs Bush gave the woman a call.
"I said, what happened, did you get the wrong house? She said, 'No, I do this all the time'.

That’s it: I’m orf to hunt for Zebra mussels in the moat 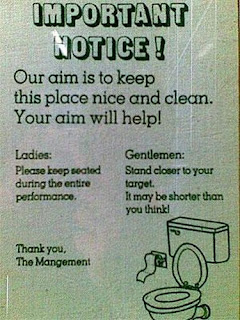