Gale is having a bit of a howl and dawn’s crack is nowhere in sight at the Castle this morn, the liquid metal in the gauge is slowly moving vertically and I have this urge to hang some onions around my neck and get on a bike.

According to “a leading academic” 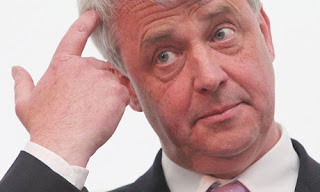 Patients will have to pay for treatment that is currently free on the NHS under the Government's health bill.
Allyson Pollock, professor of public health at Barts and The London School of Medicine and Dentistry, said the Health and Social Care Bill had "a hidden purpose" which amounted to privatising health services in Britain.
Writing in The Lancet, she argued that ministers were intent on creating "a system that permits alternative funding sources for services currently provided free as part of the NHS".
She said the "heart" of the Bill, currently being debated in the Lords, was "to introduce a mixed financing system and to abolish the model of tax-financed universal health care on which the NHS is based".
Prof Pollock has consistently argued that the Bill will abolish the duty of the Health Secretary to provide a universal healthcare system free at the point of use.
It will potentially enable groups of GPs, who will be allowed to make profits from their practices, to exclude costly patients with numerous illnesses.
Their analysis - shared by many other opponents of the Bill - is fiercely disputed by ministers and supporters of the Bill who dismiss it as scaremongering.
The Prime Minister and Andrew Lansley, the Health Secretary, have both repeatedly insisted that the NHS will remain free to patients at the point of the delivery.

Print out the last sentence and keep it somewhere safe....


And once again the arse of Lords 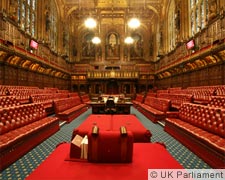 Has kicked yet another Piss Poor Policy into touch-for a while...
Peers backed by 10 votes an amendment to the Welfare Reform Bill, overturning a move to cut payments to specific council tenants with one spare bedroom.
Ministers have already had to reverse several defeats over their proposals, which include capping benefits at £26,000 a year per household.
They want the bill, which is back in the Lords after being approved by the Commons, to enter into law soon.

Still not listening then Dave...

Up to the land that is green 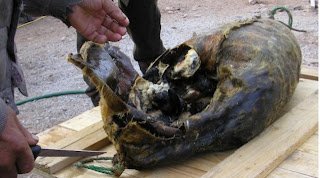 Kiviak is a traditional winter foodstuff consumed by Greenlandic Intuits’.
To prepare this delicacy you will need one seal carcase and 400 Auks, then stuff said dead Auks complete with feet, beaks fathers and all into the hollowed out seal carcase, press all the air out of it  and bury it under a large rock pile for approximately 3-18 months.
When you are really, really hungry dig it up and eat it-preferable a long way from other Intuits’.


Left to the lone star State 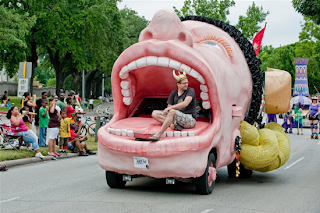 Around 250,000 spectators gathered in Houston, to see over 300 wacky and crazy vehicles drive by, on May 8th. Dan Akroyd, star of “Ghost Busters” movies, as well as other famous comedies, was the one who kick-started the flamboyant event, in the cheers of the crowd. 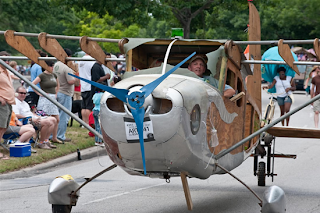 Allegedly the Houston Art Car Parade brings together car enthusiasts and artists alike, featuring a selection of extremely modified cars that, despite all the adornments, still run beautifully. 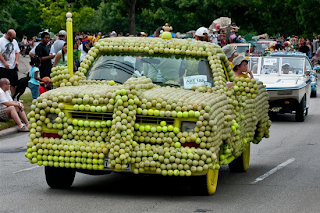 
Back to frozen Europe 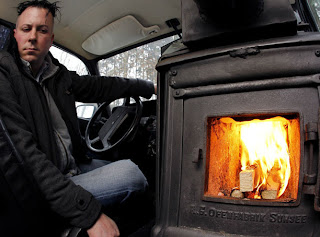 After the heater in his Volvo stopped working Pascal Prokop, who lives in Switzerland, caused a minor internet stir when photos of his stove-car near Mettmenstetten, a town 25 kilometres south of Zurich, began to circulate on Friday.
Prokop needed to get permissions from the Swiss Technical Inspection Authority to be able to drive it on the streets.
The car is now officially registered as a “Sedan with a wood oven.

With a nut behind the wheel…


Back to the banks of the Thames 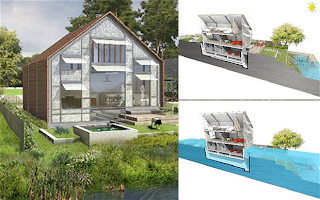 Architects have been granted permission to build Britain’s first amphibious house, the property is designed to be flood-proof as its pioneering design allows it to float on the surface when water levels rise.
The timber-framed three-bedroom property, due for completion this year, rests on a concrete hull to create a free-floating pontoon set in a dock made of four guideposts to keep it in place.
In the event of the river bursting its banks, the water pressure will unlock the home from the dock and allow it to float up to the water level.
The garden will also act as a natural early warning flood system, with terraces set at different levels designed to flood incrementally and alert the occupants well before the water reaches a threatening level.
With an estimated value of £1.5 million, it will cost around 25 per cent more to build than a conventional similar-sized home, but there should be major savings on insurance costs.

Wouldn’t just be easier and cheaper to build it on stilts?

That’s it: I’m orf to enrol in an automated course 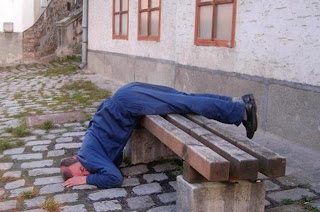