Still raining down here in ‘Ampshire, so once again I am forced to relax and will watch the F1 GP later, life is all go………

A while ago I posted about cameras getting people into trouble because they have taken photographs in public and were arrested by the police.

Well it seems that times have changed:

The Met Police has issued guidance to its officers to remind them that using a camera in public is not in itself a terrorist offence.

There has been increasing concern in recent months that police have been over-using terrorism laws and public order legislation to harass professional and amateur photographers. The issue was raised in Parliament and the Home Office agreed to look at the rules.

The guidance reminds officers that the public do not need a licence to take photographs in the street and the police have no power to stop people taking pictures of anything they like, including police officers.

The over-used Terrorism Act of 2000 does not ban photography either, although it does allow police to look at images on phones or cameras during a search to see if they could be useful to a terrorist.

Section 58 of the Act covers the offence of eliciting, publishing or communicating information about any member of the armed forces, spying agencies or the police. But officers must show a reasonable suspicion that the person is involved in terrorism - it is not a blanket ban on photographing working police officers.

The guidelines also remind coppers that they will often work with the media, which can impact on the Met's reputation. Therefore: "it's crucial to maintain good working relations with its members, even in difficult circumstances".
So you can take snaps of almost anything you want, but the “police” still have the power to “inspect” your photos if they have “proper” cause.

This is a good reason to download your snaps and delete your data card before you go out with your camera.

And then they go and do this: 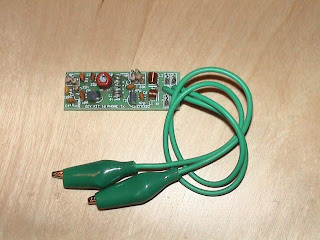 Detectives will be required to consider accessing telephone and internet records during every investigation under new plans to increase police use of communications data.

The policy is likely to significantly increase the number of requests for data received by ISPs and telephone operators.

Just as every investigation currently has to include a strategy to make use of its subjects' financial records, soon CID officers will be trained to always draw up a plan to probe their communications.

The plans have been developed by senior officers in anticipation of the implementation of the Interception Modernisation Programme (IMP), the government's multibillion pound scheme to massively increase surveillance of the internet by storing details of who contacts whom online.
Police moves to prepare for the glut of newly accessible data were revealed today by Deputy Assistant Commissioner Janet Williams. She predicted always considering communications data will lead to a 20 per cent increase in the productivity of CID teams.

She told The Register IMP had "informed thinking" about use of communications data, but denied the plans gave the lie to the government line that massively increased data retention will "maintain capability" of law enforcement to investigate crime.

More broadly, new National Police Improvement Agency guidelines will insist on computer training at every stage of development, so that once they are senior investigators, detectives will be "experts" in digital investigation. All current detectives will also be expected to acquire new skills.

Within two years, those without digital investigation skills will "be redundant", Williams warned.

And that is a bad thing?

But there is some good news: 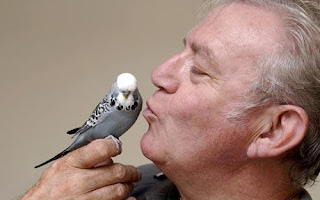 A couple of days ago a budgie was found in the sea off of Brixham, the lucky little plucker has now been re-united with his owner.

Grandfather-of-12 Mr Mike Peel had lost some birds on Saturday it was not until he saw a picture of the normal grey budgie in his local newspaper on Wednesday - his birthday - that he realised it was his.

The retired former cleaning business owner from Brixham, and budgie enthusiast, said that he had resigned himself to the loss of several birds that escaped from an aviary at the bottom of his garden after he left their enclosure unlocked on Saturday as he went for lunch.

"I've never received one back and I don't know anyone that has.

"I found out on my birthday - it was a lovely birthday present."

Want to get pregnant? 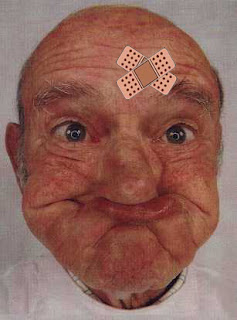 Go for ugly men, Handsome men who are lucky in love may not be the best bet as a mate for women hoping to get pregnant, researchers have said.

Uglier men with fewer notches on their belts are likely to be more productive between the sheets, it is claimed.

Research suggests that in many species, the most desirable males restrict their "sperm load" with each mating to ensure enough to go around.

The same could be true of humans and other primates, say scientists.

If they are right, women looking for the best chance of getting pregnant might be advised to avoid handsome Lotharios.

The theory proposes that males have evolved to look for the optimum "sperm load" per mating.
This varies depending on how many available females there are to mate with, and what the chances of mating with them are.

Which is all a moot point now that they have “invented” test tube sperm?

Exam students can 'phone a friend' School pupils in Austria are being given a phone-a-friend lifeline during exams to boost their results.

Teacher Reinhard Peter - inspired by Who Wants to be a Millionaire - allows students to call a series of experts if they're stumped by questions at his high school in Bregenz.

He said: "They can call doctors, teachers and other people to ask their help."

But he said the experts were often more nervous about the exams and getting the right answers than the students.

Mr Peter said: "Many of them suddenly have exam anxiety as though they were sitting in the classroom taking the exam.

"They get nervous on the phone and feel that if they give the wrong answer they are not only failing themselves but the pupil who is calling them as well."

He said that so far all his pupils had passed the exams though using the phone-a-friend lifeline.
"The worst mark any of them have got is 'satisfactory'," he said.

Sort of defeats the object doesn’t it? 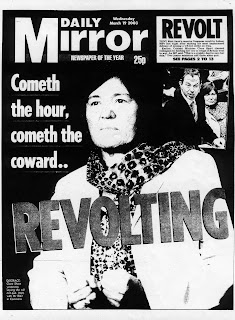 MPs are in a huff about the crackdown on expenses, with some threatening to resign rather that toe the line.

Apparently they are “seething with anger” after commons officials threatened to stop their second home allowances unless they provided full details of all mortgage or rental agreements were provided by the end of the month.

The reforms include slashing the limit on mortgage and rent claims from £24,000 to £15,000 a year and banning MPs from claiming for repairs on their second homes.


Simple solution: call a general election now, do away with second homes completely, and reimburse rail travel tickets only.

Angus Dei-NHS-THE OTHER SIDE
Posted by Angus Dei at 07:48 3 comments