Much lack of lack of cold, more than a whimsy of atmospheric movement, quite a lot of ex skywater and just a glimpse of dawn's crack at the Castle this morn.


Poor old Angus is doing OK, the diabetes thing is now back under control despite a toof ache-toof out-infection and antibiotics, and I spent most of the last more than seven days fettling the garden; extra bamboo screens, moved the stepping stones to accommodate the new extendable washing line, put up a new fence in the quiet corner, painted the fences (hint-DO NOT buy Homebase's own "light oak" fence stuff-it is orange when applied-even more orange with a second coat, I finally used B&Q's own stuff which is artistically called "brown"-covered in one coat), and did the first cut on the moss. I even washed the Honda... 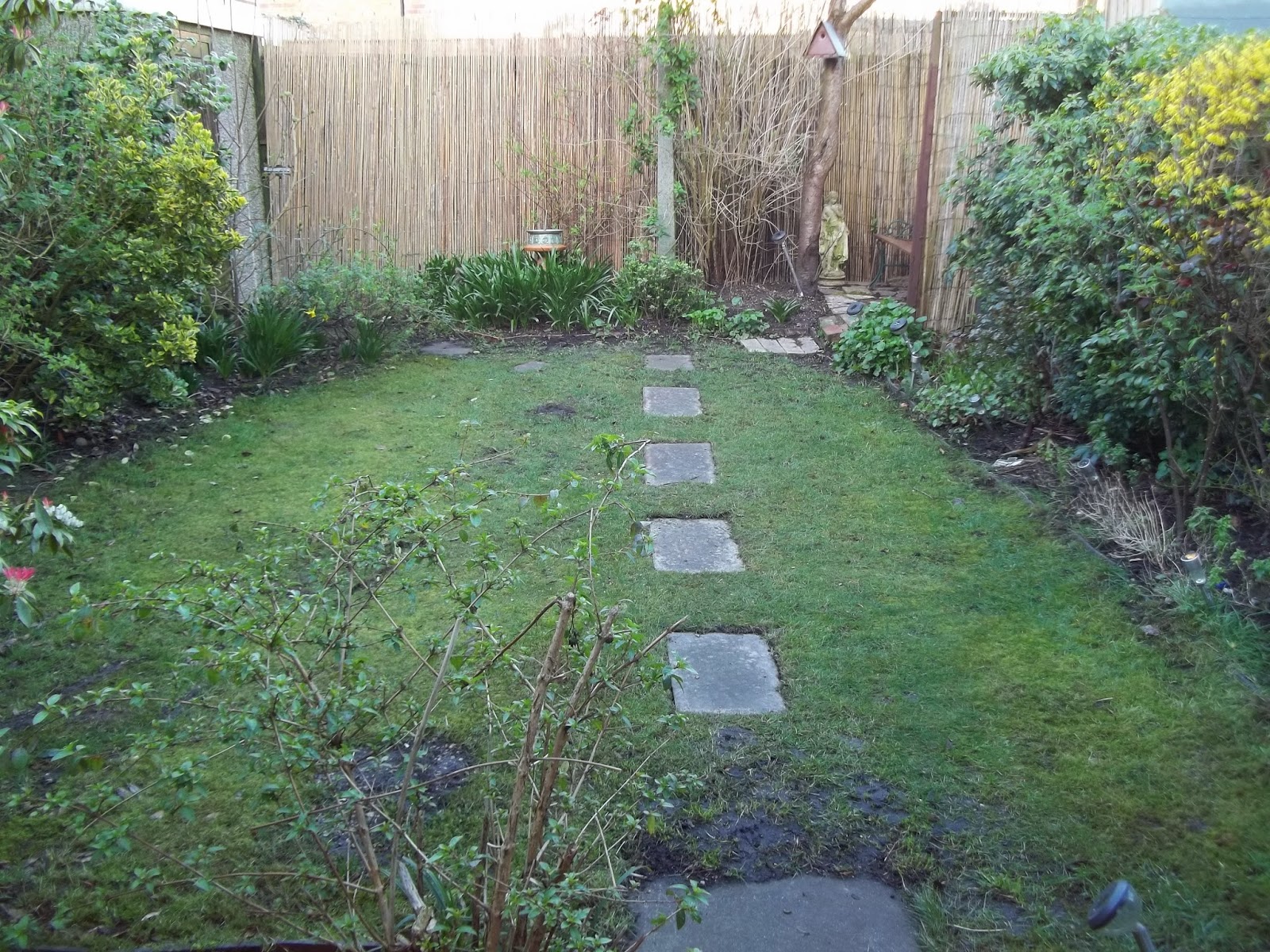 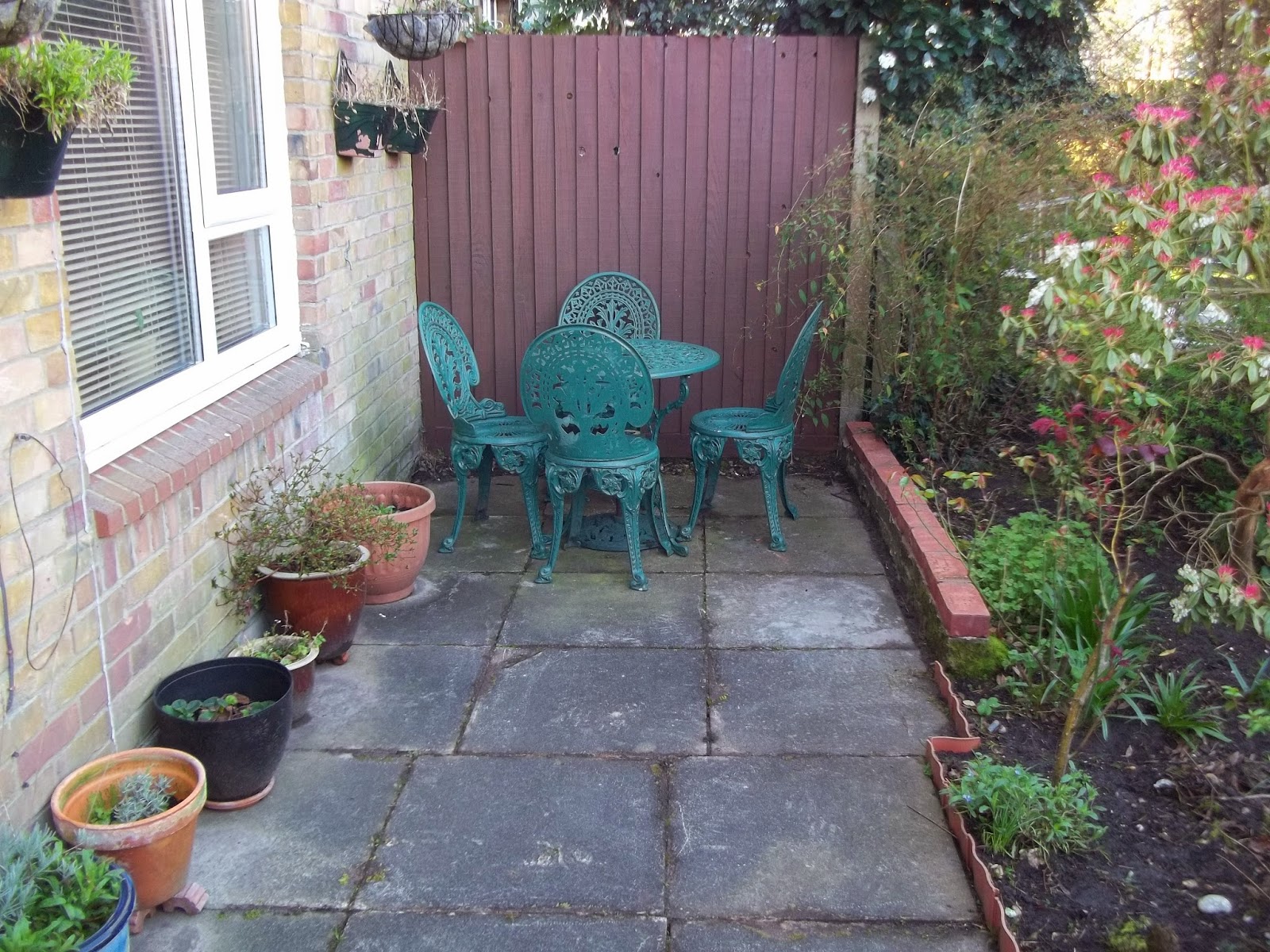 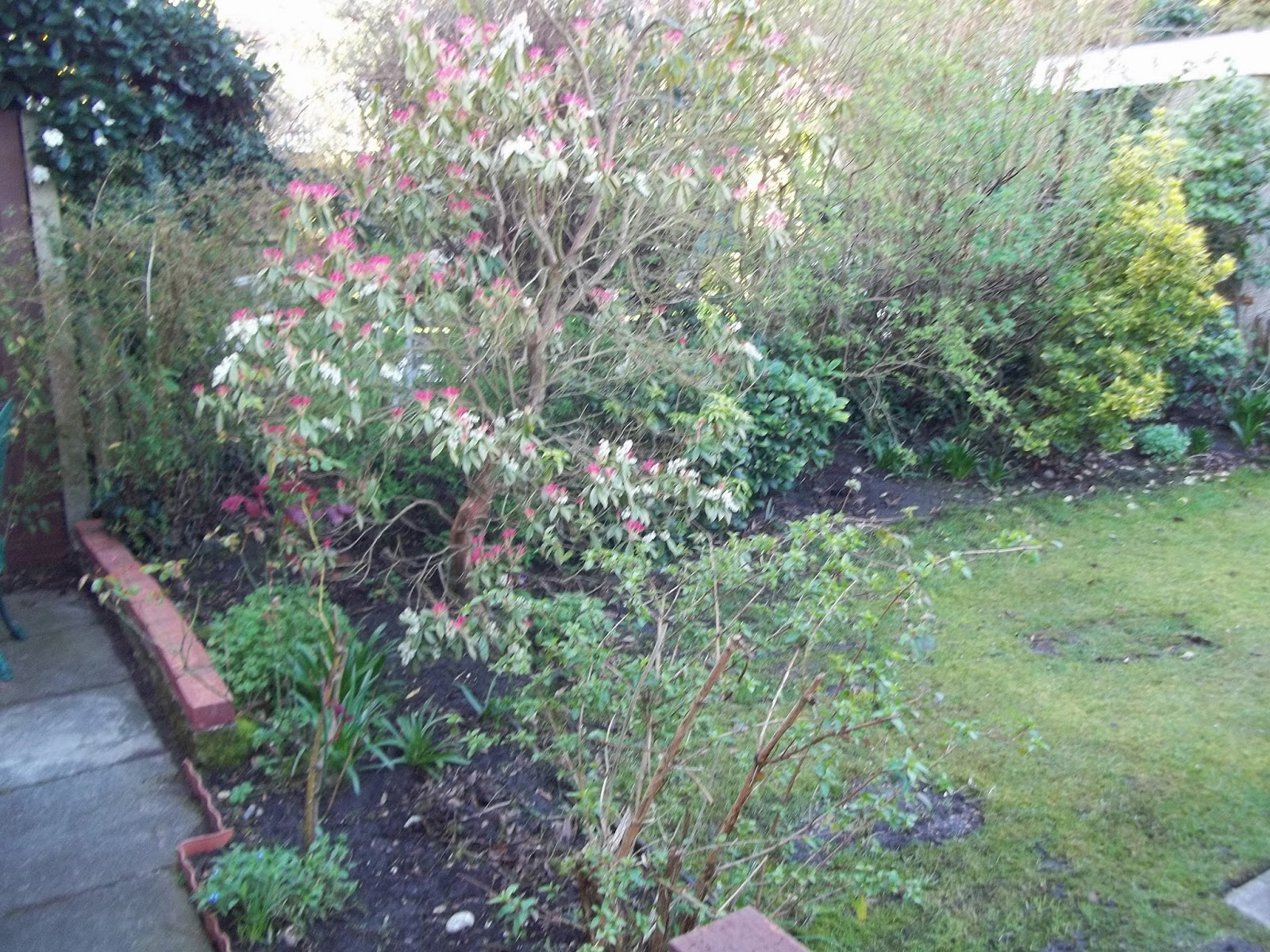 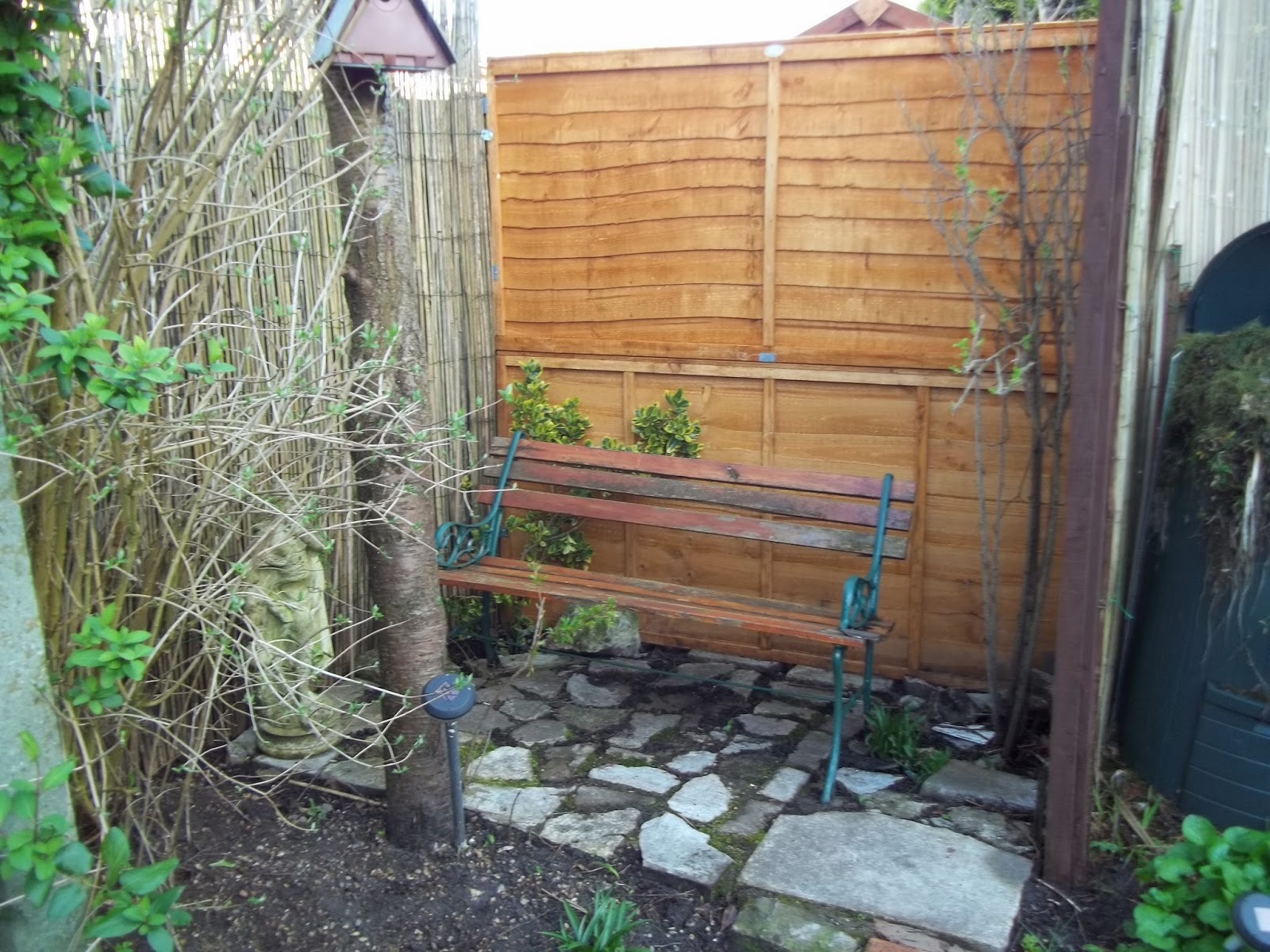 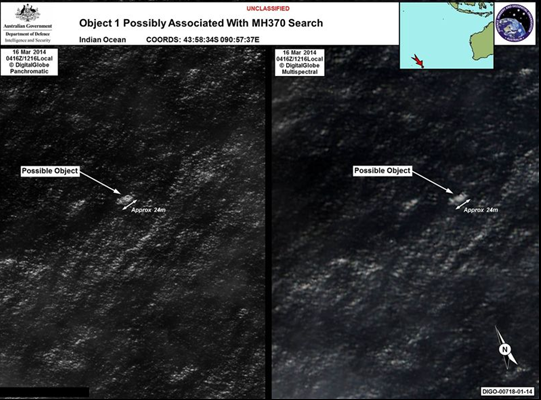 The hunt for MH370 goes on, and on, and on, it seems that the latest "clue" is a blurry photo of something that looks like a giant upside dahn motor, but the mystery deepens as it turns out that A US technology company which had 20 senior staff on board Malaysia Airlines Flight MH370 had just launched a new electronic warfare gadget for military radar systems in the days before the Boeing 777 went missing.

So a few hints as to where it may be:

How is it that "they" can listen to all our phone calls, see all our emails but can't find a bleedin great jet with an orange black box that is emitting beeps every few moments?

Back in Budget Blighty 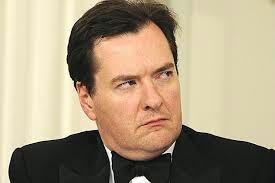 Apparently son of a B........aronet and alien reptile in disguise chancer of the exchequer George (I love pensioners) Osborne has done yet another Budget, which will allow the elder part of the population to snatch and squander their pension pots.


This will of course allow we old farts to buy "luxuries" such as gas and electricity, food and even some go juice for the motor as well as being able to buy more than one pint of beer and play bingo to excess.


And will of course "stimulate" the economy adding many squillions in tax to the Piss Poor Policies Millionaires Club Coalitions' coffers.

All across the National Elf Service 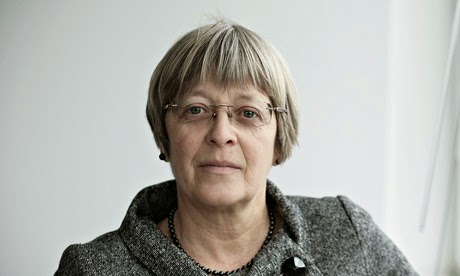 After many years and many deaths allegedly the Healthwatch England watchdog thingy has come to the conclusion that the complaints system for the NHS in England is "hopelessly complicated" and needs an overhaul.


Apparently Healthwatch England says more than 70 organisations are involved in dealing with complaints about the NHS and social care.


It wants the process to be simplified to ensure patients get more support.


Healthwatch England chairwoman, Anna Bradley, said: "It's no wonder the public are left confused and frustrated. With so many organisations involved it's difficult to know where to start, let alone having the strength and persistence to navigate the system on your own.

No shit...remember the photo, we will be watching.... 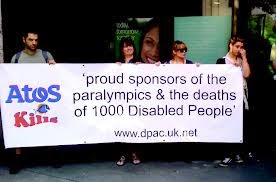 Allegedly ATOS that wonderful French supplier of the infamous Fit to work assessments which went so well that they want to end the contract early has now managed to secure the contract for the PIP (personal independence payments) has been telling porkies to grab even more of our loot.


In its tender document, submitted to the Department of Work and Pensions, Atos suggested that more than 700 healthcare providers, including 56 NHS hospitals, had contractually agreed to provide accommodation where assessments for new Personal Independence Payments could take place. It claimed the “hyper-local” network would mean that no disabled claimant would have to travel more than 60 minutes to attend an assessment, with “over 90 per cent of claimants able to reach the centres in 30 minutes”.


But the Public Accounts Committee heard that, since the scheme was launched, over 40 per cent of all claimants have had to travel for more than an hour to reach an assessment centre, with only 40 per cent being able to reach a suitable location in less than 45 minutes.


Atos had in fact contracted fewer than 100 healthcare providers to provide accommodation – and a miscalculation by the DWP over how long each session would take meant that some severely disabled people were waiting longer than six months to be seen.


MPs accused Atos of “playing fast and loose with the truth” in the bid document – resulting in ministers misleading Parliament about how the scheme would work.


Personal Independence Payments began to replace Disability Living Allowance in April last year. Most people applying for PIP have a face-to-face assessment to determine eligibility, which is carried out by Atos Healthcare and Capita Business Services.


But a report from the National Audit Office found claimants were waiting an average of 107 days, and terminally ill patients 28 days, for a decision on their cases – much longer than had been predicted.


MPs told Lisa Coleman, senior vice-president of Atos, that they believed the firm had been misleading in its bid document.


“You only managed to work with a quarter of the trusts you named in the document,” the committee’s chair, Margaret Hodge, told her. “If there had been one or two falling out then I could have accepted your argument – but only a quarter?”


She then asked: “Is it usual to lie in the tender document, Ms Coleman?”


Ms Coleman told the committee that because the DWP had pushed back its plans for mandatory re-assessment of all DLA claimants until 2015 fewer sites were needed than had been suggested in the bid document. “We have had sufficient coverage,” she said. “If we had used all 750 sites they would [each] be doing about three assessments a week.”


Ms Coleman added: “What we talked about in the tender document was what we thought we could achieve. When you write a tender document you say this is the specification that I can deliver. This is what I am responsible for.”


She added: “We are not there yet. I am not going to sit here and say we are.”

Left quite a lot and dahn not quite as much 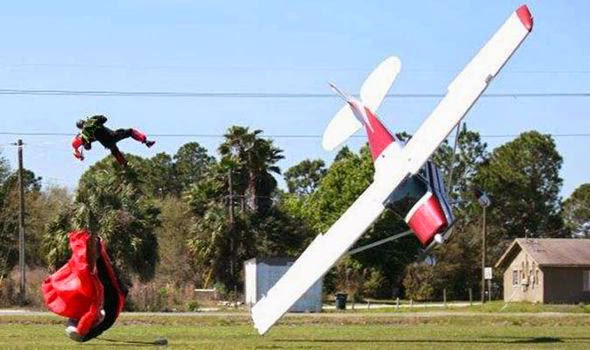 87-year-old pilot Shannon Trembley was practicing take orfs and landings at South Lakeland airport in Mulberry, Florida when he managed to crash into a parachutist who wasn't practicing landings but took orf again.


His Cessna got caught in Mr Frost’s strings and spun through 180 degrees before crashing into a landing field.


Onlookers pulled Mr Trembley out of the plane in case it caught fire.


The National Transportation Safety Board and Federal Aviation Administration are investigating.

Should have gorn to Specsavers... 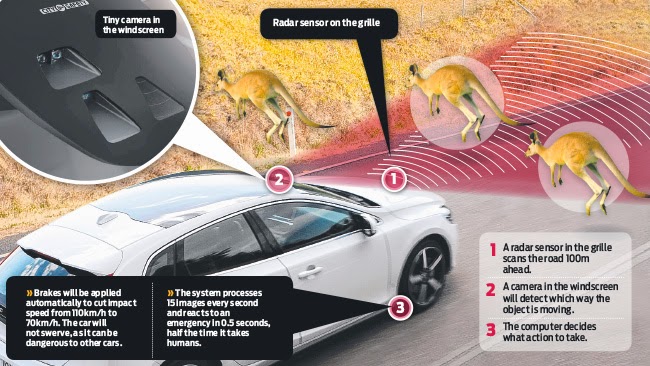 Volvo has been testing its automatic braking system with crash test Kangaroos, apparently there are more than 20,000 kangaroo strikes on Australia’s roads every year?  In response to the rogue roo problem, Volvo is in the process of training it’s City Safe autonomous braking system to recognize kangaroos that enter into the path of the vehicle. The system  are responsible for -and automatically slam on the brakes if the driver does not.


The system was originally developed to detect pedestrians; later this year the same setup will enable selected Volvo cars to also detect cyclists.


A radar sensor in the grille scans the road 100 metres ahead and a camera in the windscreen works with the radar to detect which way the object is moving to help the computer decide what action to take, if any.


The system processes 15 images every second and can react to an emergency in half the time a human driver can, Volvo claims. With some kangaroos taller than six feet, the system may prevent considerable vehicle damage.

Didn't go too well on the last try..

Volvo claims it is working on a system that can recognize dogs and cats.

How can a motor know that his Maj is called His Maj? 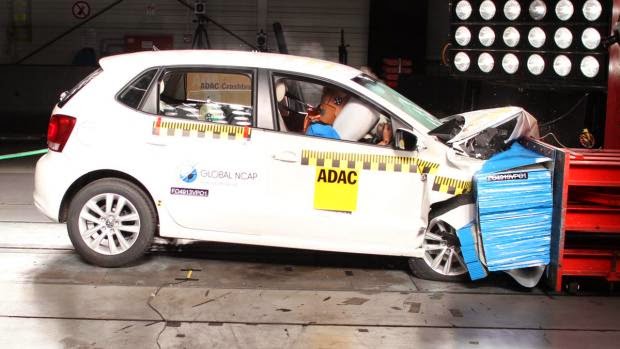 Right more than a lot of imperial yards Independent car safety body, Global NCAP, has found that a number of small cars on sale in India pose a very serious risk to their occupants in the event of a crash.


In the first-ever independent crash tests of some of India's most popular small cars, Global NCAP awarded entry-level models of the Volkswagen Polo, Ford Figo and previous-generation Hyundai i10 zero stars for adult protection. This is in stark contrast to the current European equivalents – the Ford Fiesta and Polo achieved a five-star rating in their Euro NCAP tests, while the old Hyundai i10 managed a respectable four.

India's best-selling car, the Suzuki-Maruti Alto 800, was also assessed, as was the Tata Nano. The five cars were afflicted by two major problems – namely a lack of structural integrity and an absence of airbags, meaning that too much energy is absorbed directly by the people in the cars in the event of a crash.

In the 40mph NCAP crash test, the Indian version of the i10 achieved a zero-star rating for adult protection, a one-star rating for child protection and was unable to meet the UN's minimum safety requirements in the 35mph crash test. Along with the Alto 800 and Nano, the i10 was also found to be structurally inadequate, collapsing onto occupants in a crash too easily.

The Ford Figo, which is based on the previous-generation Ford Fiesta platform, achieved zero stars for adult protection and a two-star rating for child protection. What's more, it only met the UN's minimum safety requirements in the 35mph crash test because the dummy's head in the driver seat narrowly avoided direct contact with the steering wheel.


Glad they are not sold in Blighty...


That's it: I'm orf to get a new app for the smart phone