Dead Democrat appointed; Daily Numpty; Thinking to you; and either the Croc goes or I do

‘Normal’ service has resumed, if you want to see the Climate Change post it is Here, if not don’t click on the link.

New posts on all the other Angus blogs, links at the top of this one.

Even the Deceased can’t escape politics 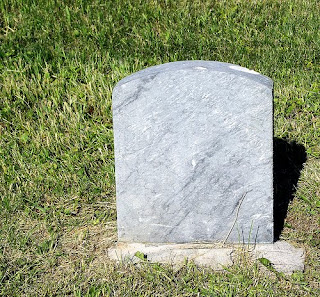 Reynolds Smith Jr. was a stalwart Democratic voter in Alabama. But the Alabama Democratic Party overlooked another fact when it appointed Smith to an interim party panel: He died in November at age 83.

Party executive director Jim Spearman told the Press-Register on Tuesday that the mistake was caused by outdated records.

He said the party received Smith's name from a 2006 list of candidates for the Mobile County committee and then used a voter list to verify him as an active voter.

The panel was charged with replacing the local party's executive committee.

Nice to see that the Democrats are so with it. 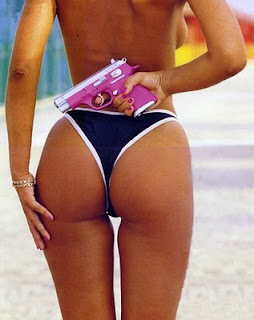 Police said a would-be robber was in jail after losing his wallet during the attempted robbery then phoning the victim and asking for it to be returned. Little Rock police said the 23-year-old man was arrested on robbery charges Tuesday.

Police said the man tried to rob a man at gunpoint at his home but fled and dropped his wallet then later called and told the man to return the wallet at a service station in North Little Rock.

Lucky he didn’t shoot himself in the foot-Numpty

I know the pic isn’t relevant but I like it.
Just what we need

A system that creates “brain to brain communication” has been developed by British scientists, it has been claimed.

The system, developed by a team at the University of Southampton, is said to be the first technology that would allow people to send thoughts, words and images directly to the minds of others, particularly people with a disability.

It has also been hailed as the future of the internet, which would provide a new way to communicate without the need for keyboards and telephones.

According to Dr James, during transmission two people were connected to electrodes that measure activity in specific parts of the brain.

The first person generated a series of zeros and ones, where they imagined moving their left arm for zero and right arm for one.

After the first person’s computer recognises the binary thoughts, it sends them to the internet and then to the other person’s PC.

A lamp is then flashed at two different frequencies for one and zero, the Times reported.

The second person’s brain signals are analysed after staring at this lamp and the number sequence is picked up by a computer.

“The next experiments are to get that second person to be aware of the information that is being sent to them. For that, I need to get my thinking cap on, so to speak.”


Can you tell what I’m thinking? 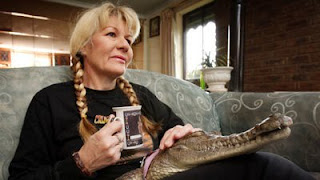 An Australian woman says she divorced her husband after he asked her to choose between him and her pet crocodile.

Vicki Lowing said there was no way she could give up 5ft long Johnie which she says is "like a child" to her.

Mrs Lowing, 52, who has hand-raised the croc for 13 years, gives it the run of the house and even lets it sleep with her son Andrew in his bed.

The trained nurse, from Melbourne, adopted the crocodile after it was left on her doorstep in 1996, reports the Daily Telegraph.

Her husband Greg said she spent too much time with the pet and asked her to give it up in a bid to save their marriage, but she refused and the couple divorced in 2005.

Mrs Lowing, a trained nurse, said: "Husbands can look after themselves but my crocodile can't make his meals.

"As soon as I started looking after Johnie, Greg and I started having problems. We did nothing but fight. There was a lot of tension in the house."

Mrs Lowing raised Johnie in her home with Andrew, who is only 18 months older than the crocodile, and said the experience was "like having two children to look after".

It was only after the crocodile stopped growing that Mrs Lowing realised it was female, because the reptiles have no external sex organs.


She said: "I had to tell Andrew his brother was actually his sister. We've stuck with the name Johnie though, because it’s what we, and she, is used to. And I was secretly thrilled - I've always wanted a daughter."

I feel sorry for the boy.

Links to this post
Email ThisBlogThis!Share to TwitterShare to FacebookShare to Pinterest
Labels: croc or me, dead democrat, mind to mind, Numpty burglar
Older Posts Home
Subscribe to: Posts (Atom)