A BIT OF AN OVERVIEW 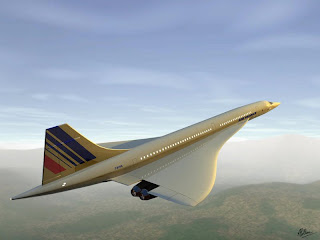 A slight change today, my outlook on the national news from the Times, usually I use the BBC but I thought it was time for an upgrade.

First up is "Parky" with an honest assessment of Jade Goody and today’s society, which I thought hit the nail on the head.

“ Jade Goody, the reality TV star who died last month of cervical cancer aged 27, represented “all that is paltry and wretched about Britain”, Sir Michael Parkinson has said.”

“Yet it is time for this leakage to stop. To hear Jacqui Smith being barracked yesterday on the Radio 4 Today programme about where she stays the night, and to hear her feebly protesting that “I'm not in some box room in the top of the house” at her sister's, was to listen to democracy on its knees. This is the Home Secretary, one of the great offices of State. We should not need to know where she washes her knickers of an evening.”

Shouldn’t the “occupier” (Jacqui Smith) of one of the great offices of state behave in a manner befitting that office?

No sympathy from me I am afraid, nobody dragged the “poor” MPs kicking and screaming into politics, they chose the public life and have to pay the piper when they are caught with their hands in the till.

The Concorde that graceful supersonic “eagle” in the sky may be off to Dubai. Ben Webster says it all.

There is some corner of a foreign desert that is for ever England. Dubai already has the Queen Elizabeth 2, the world’s fastest cruise ship, and now it is bidding for Concorde, the fastest airliner.

Forty years ago tomorrow, the British version of the graceful delta-winged aircraft took to the skies on its maiden flight.

The 22-minute journey made by 002 from Filton, Bristol, to Fairford, Gloucestershire, prompted an outpouring of national pride that swept aside complaints about the cost, soot and, of course, the deafening roar.

Yet the anniversary celebrations will be overshadowed for many Concorde enthusiasts by the disclosure that British Airways may betray a promise to put a Concorde on public display at Heathrow and instead cut it into pieces and ship it to the Gulf.

BA who hid their only remaining Concorde somewhere in a hanger at Heathrow is “refusing to help any of the groups seeking to get the aircraft back in the air”.

It has repeatedly rejected requests to publish a feasibility study. BA claims it showed that it would be too expensive, but it will not share the figures with the Save Concorde Group, which believes it could raise sponsorship for a return to flight.

A BA spokesman said: “It is an internal document and wasn’t intended to be shared. It has commercial information in it.” Despite making £20 Million profit a year from Concorde during it’s 27 years of commercial flights.

Come on guys; this is Concorde, we are all proud of it and let’s face it we haven’t got a lot to be proud of at the moment.

Tony Blaire has challenged the “entrenched” attitudes of the Pope on homosexuality, and argued that it is time for him to “rethink” his views.

Speaking to the gay magazine Attitude, the former Prime Minister, himself now a Roman Catholic, said that he wanted to urge religious figures everywhere to reinterpret their religious texts to see them as metaphorical, not literal, and suggested that in time this would make all religious groups accept gay people as equals.

Mr Blair, who now travels the world on behalf of the Tony Blair Faith Foundation, which aims to promote understanding of the main religions, left the Church of England for Rome soon after leaving office in 2007.


Watch it Tony, you could be excommunicated, but the good news is that as the law stands he will never be King of the UK, although he thinks he is.


Another example of our “hardworking MPs” No-show MPs halt help on fuel poverty (Lauren Thompson) Consumer groups have reacted furiously after legislation to help to end fuel poverty was quashed because not enough MPs bothered to vote.

The Fuel Poverty Bill was proposed by a Liberal Democrat MP in response to the Government's continuing failure to help the 5.5 million households who spend a tenth or more of their income on gas and electricity
But the legislation, which would have forced energy companies to make homes more energy-efficient and introduce lower prices for the poorest customers, was struck down last month. It had its second reading on a Friday afternoon, when most MPs head back to their constituencies.

It received 89 votes for and two votes against, but needed 100 votes to get through to the next stage.

Yes; the MPs really care about the poor, as long as they don’t have to do anything about it.

Trickie Dickie Branson has declared a price war on rival train operator that restored routes (Ben Webster) The train company that offers Britain’s cheapest rail tickets is engaged in a battle with Virgin that threatens to force it out of business.

Wrexham & Shropshire, which runs trains between North Wales, the West Midlands and London, began operating a year ago after spotting a gap in the market for direct services.

Despite receiving no subsidy it charges £53 for a standard class any-time return ticket from Wrexham to London. A similar ticket bought from Virgin costs £201.

Now Virgin plans to run trains in direct competition with W&S, despite having previously shown no interest in providing services to the key stations served by W&S.

Virgin, which receives £35 million a year in public subsidy, won the West Coast franchise 12 years ago. It withdrew its direct service to Shrewsbury in 2004, claiming that there was insufficient demand. Now, having observed the success of W&S, Virgin is planning to run trains from London to Shrewsbury and Wrexham.


When Virgin rule the world at our expense, all we will have is one airline, one train company and one health provider, probably with “pay as you pee” toilets.

“People have this illusion that all over the world, all of the time, all kinds of fantastic things are happening. When in fact, over most of the world nothing is happening.” David Brinkley

NHS-THE OTHER SIDE
Posted by Angus Dei at 08:21 1 comments