Flight of fancy: How to make a star: Musical note: Mars Mountain: Polly vs. Kiddlies: and where not to leave your motor.

Usual atmospheric conditions at the Castle this morn-wet, cold, calm and crappy,  the garden is in need of more than a smidge of fettling, I am thinking of putting outriggers on the Honda and his Maj is still bringing me frogs. 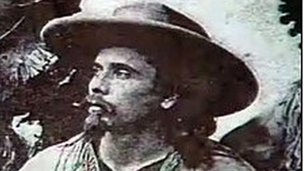 And just a couple of imperial units up the road aviation enthusiasts have launched a campaign to erect a statue in memory of the first person to make a powered flight in Britain.
Farnborough Air Sciences Trust (FAST) (which used to be the Royal Aircraft Establishment before “someone” sold it orf) hopes to unveil the memorial to Samuel Cody in Farnborough, Hampshire, where his historic flight took place.
Cody died 99 years ago when the aircraft he was flying broke in half.
FAST plans to unveil a £100,000 statue on the centenary of his death next year and are fundraising to pay for it.
The group have already secured £10,000 from Hampshire County Council and Rushmoor Borough Council.


Really pleased to see that my bleedin Council Tax is going towards such a good cause.


If you want to know more about the place where I was an apprentice way back in 1967 click HERE.


Recipe for a star 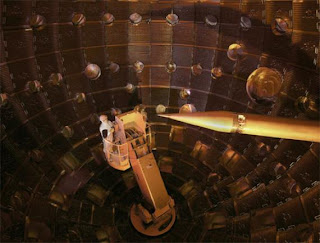 1. Take a hollow, spherical plastic capsule about two millimetres in diameter (about the size of a small pea.)

2. Fill it with 150 micrograms (less than one-millionth of a pound) of a mixture of deuterium and tritium, the two heavy isotopes of hydrogen.

3. Take a laser that for about 20 billionths of a second can generate 500 trillion watts – the equivalent of five million, million watts.

4. Focus all that laser power onto the surface of the capsule.

5. Wait ten billionths of a second.

Luckily this technology is available at the National Ignition Facility more than a lot over to the left in Livermore California where Leccy is a lot cheaper than here in Blighty.

The Otamatone DX, a new electronic instrument from Japan, is becoming quite a hit on the Internet. Shaped like a musical note, it can be played easily by anybody.
It’s as simple as this: Just slide your finger up and down the stem and squeeze its cheek to produce your own music!


Millions and millions of space units away 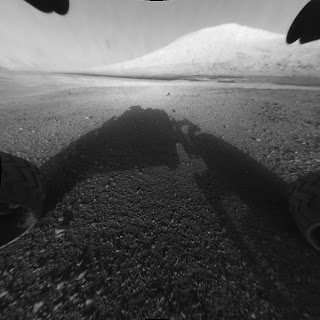 And billions and billions of dollars later NASA's Mars Rover Curiosity has beamed back an image of its surroundings, showing a clear view of the enormous mountain that it will clamber up in the next few years.
Mount Sharp is a giant Martian peak that rises 3 miles (5 kilometres) from the centre of Gale Crater. The mountain's many geological layers are particularly intriguing to mission scientists, as they could hold a record of how the Red Planet has changed over time.

In the newly released image, Mount Sharp is clearly visible in the background. 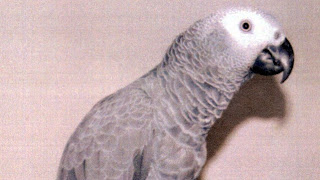 African grey parrots are smarter than your average two-year-old; apparently researchers claim to have found that human children only do as well as the parrots from about the age of three.
No other animals apart from great apes match the birds' ability to understand noise-related causal connections.
Researchers tested six African greys housed in a parrot rescue centre in Vienna, Austria.
During a series of experiments, the birds were asked to choose between two closed boxes, one of which held a piece of walnut and rattled when shaken. The other, empty container could be shaken without making a noise.
The parrots showed they knew how to detect hidden food rattling in a shaken box.
But much more impressively they also worked out - almost instantly - that if a box was shaken and made no noise, the food must be in the other container.
Choices were made by a parrot walking over to a box and turning it over with its beak.
In similar tests, most animals - and even small children - get confused about the way shaking and noise relate to the presence or absence of a hidden reward.

I know some seventeen year olds that are still not as smart as a Parrot.... 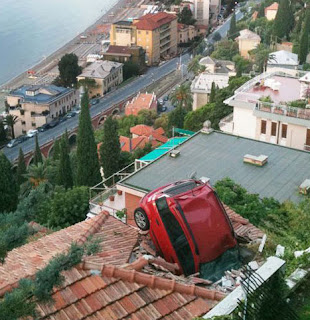 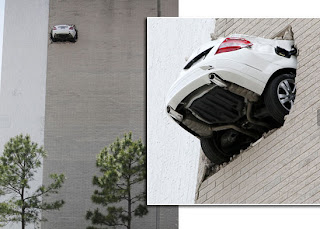 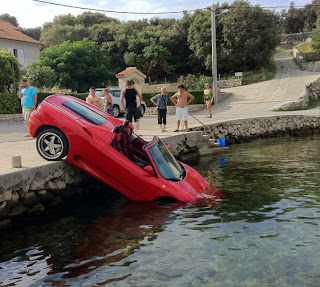 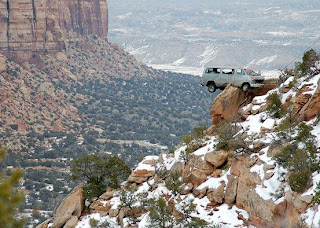 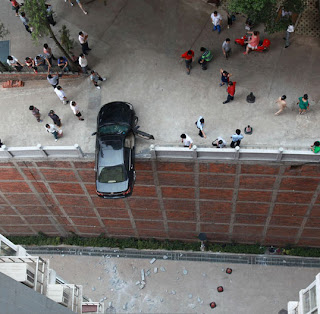 That’s it: I’m orf to give the sheep text messaging 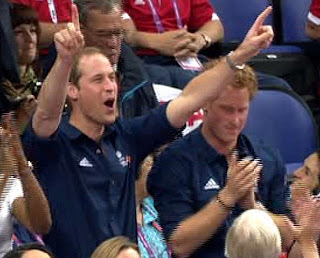