The weather is nice today, perfect for mowing, sadly I am languishing in my sick bed with a “cold”, and will remain there for the duration.

If you think today’s blog is not quite up to scratch it is because the cotton wool in my head is numbing my last remaining brain cell (snuffle, snuffle, cough, sneeze). 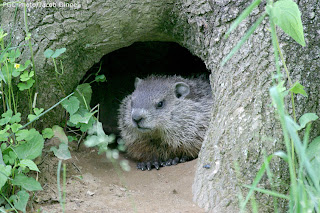 Police in Boonton Township, New Jersey were called to Alex Scott’s house on Thursday because a rampant Groundhog had chased him.

When they arrived, the Groundhog who obviously had no respect for the law set upon the officers who promptly maced it and then snared it.

The “peppery” beast was euthanized and is being tested for rabies.

The moral of this story: Don’t piss off a groundhog, other wise you could be caught in a time loop.

I suppose it wasn’t swine flu….nah. 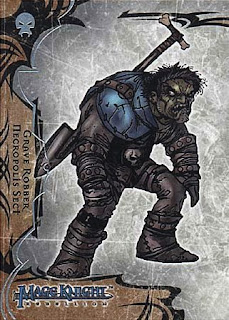 The town of Valeuil, in the beautiful region of south-western Dordogne was subject to divine intervention this week.

A 54 year old grave robber was busily stripping off tombstones in the summer heat and behold! He had a heart attack and died.

A small ladder, a hammer and a chisel was found next to his body, and his car was full of an assortment of objects, whose origin they were trying to trace. 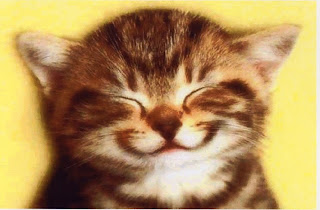 They have anew gadget at Shinagawa Station in central Tokyo; a laptop computer with a digital camera mounted on top.
Employees sit in front and smile, the laptop then decides if your grin comes up to scratch.

If you are not smiley enough the verdict "Smile: 0" pops up on the screen.

The company has installed the system to help employees check their smiles before heading out to face customers. The test is optional, but at major stations like Shinagawa, the 250,000 riders who pass through per day can be rushed and agitated, and a happy face can go a long way.

"Smiling helps our interaction with the passengers. I think the atmosphere becomes more relaxing with a smile," says Endo, whose job includes helping lost customers find their way and dealing with ticketing mishaps.”

Keihin uses the software at 15 of its 72 stations, concentrating on the busier locations.

Just what you need when you are battling to get to work through the throng, some pillock grinning inanely at you, and what the **** is a “ticketing mishap”? 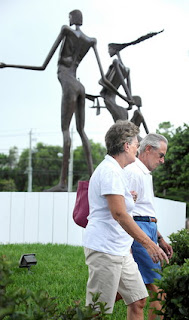 The bronze statue parked outside Addison Plaza shopping centre, west of Delray Beach, is drawing the ire of parents of children who attend nearby Morikami Park Elementary School.

The anatomically correct figure is part of a sculpture by artist Itzik Asher titled Journey to the New, which represents the journey of Russian and Ethiopian Jews from their homes to Israel.
It depicts a family -- a father, a mother holding an infant and an older child by the hand. The figures are larger than life and elongated. Their nudity is subtle.
"It's a figurative piece, somewhat abstract," said Richard Caster, who owns the shopping centre and has other large sculptures peppering its front lawn. "It's natural and beautiful."

But Jamie Garroway, Morikami Park PTA president, said she found it distasteful and e-mailed parents Wednesday morning, asking them to file complaints with Caster and with Palm Beach County Code Enforcement.
"Everybody has a different idea of what art is," said Garroway. "If this piece was at a museum I would not have a problem with it."

Terri Pavals, a teacher in the school's summer program, said she has not heard any of the children talking about the piece.

"It's the parents who have been talking about it," she said. "The children don't really make an issue of it."

Same old same old, the “oldies” make a fuss and the Kids take it in their stride.

A Missouri truck dealer- Max Motors has a spiffing offer: if you buy a new truck you can get a voucher for a gun.

Mark Muller, owner of Max Motors, is upgrading an earlier sales gimmick in which he offered new truck buyers to choose between a $250 gas voucher or a gun voucher.
The website says the dealer is giving away guns again "due to popular demand."