Colossal amounts of lack of warm, cartfuls of non atmospheric movement, cheerless lack of solar activity and not even a cupful of skywater at the Castle this morn.


And a few more “old” jokes for your perusal.


A little old man shuffled slowly into an ice cream parlour and pulled himself slowly, painfully, up onto a stool. After catching his breath, he ordered a banana split. The waitress asked kindly, "Crushed nuts?" "No," he replied, "Arthritis."


‘OLD’ IS WHEN…
‘Getting a little action’ means you don’t need to take any fibre today.


‘OLD’ IS WHEN…
‘Getting lucky’ means you find your car in the parking lot.


‘OLD’IS WHEN…
An ‘all nighter’ means not getting up to use the bathroom.

According to the Dept of Transport 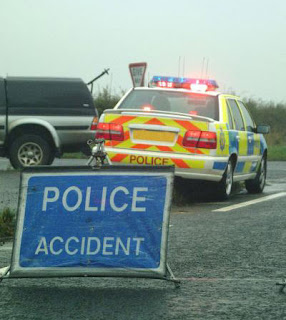 Most accidents on Britain's roads last year were the driver's fault, four of the five most commonly reported reasons for a crash involved driver or rider error or reaction, and "Failed to look properly" was the biggest reason of all, reported in 42% of all accidents.

Yet another waste of paper from the University of the bleedin obvious.


And it seems that we License fee payers 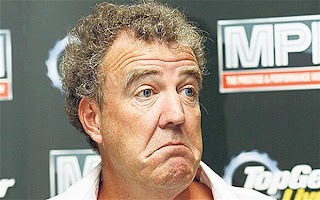 Are about to cough up around £15 million to Jeremy (I can’t afford to go to the dentist) Clarkson and £10 million to Andy (I might retire now) Wilman.
Auntie’s commercial arm, BBC Worldwide, has bought the Top Gear host out of Bedder 6, the controversial joint venture company they set up together in 2007, as part of a clamp down on complicated accounting practices designed to bolster star pay.
BBC Worldwide established Bedder 6 with Mr Clarkson and Top Gear’s producer, Andy Wilman, as a way of boosting their income without taking the money directly from the BBC licence fee.
However, in a signal that the BBC’s new director general, George Entwistle, has had enough of this sort of arrangement, the corporation has now unravelled the deal.
BBC Worldwide has put Mr Clarkson and his co-presenters James May and Richard Hammond back on a straightforward talent contract, tying them into the car series for the next three years.
It has also taken full ownership of Bedder 6 – paying Mr Clarkson and Mr Wilman handsomely in the process.


Still taking the piss them Jeremy....


Right a bit to the land of getting things right 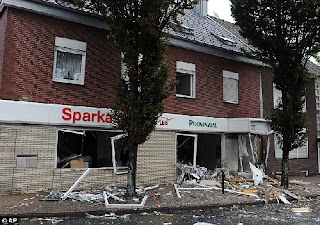 Robbers attempted to blow up an ATM to get the cash inside early Monday in the small German town of Darup.
Unfortunately they used more explosives than necessary and managed to blow up the bank.
They did manage to get away with a low four figure pile of Euros and are still on the run.

It’s the thought that counts I suppose...

Left to the home of furniture and the land of bonking

A hotel worker has been arrested after being found 'having sex with a sofa'.
Gerard Streator, 46, was allegedly seen bending over an abandoned yellow settee Waukesha city, Wisconsin.
Police officer Ryan Edwards, who reported the incident, said he saw a man "thrusting his pelvic area" against the sofa.
Realising he had been spotted the man ran away but was later caught by the officer.
Streator has been charged and could face up to nine months in jail and a £7,000 fine if found guilty.


Somewhere on this snapped world 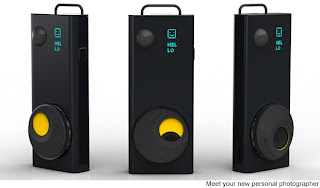 A hands-free camera which is worn around the neck and uses a host of sensors to automatically decide what photos to take is set to go on sale.

Autographer uses five on-board sensors and GPS capability to identify the perfect time to take a photo, based on changes in light and colour, motion, direction and temperature, and then snaps away using a wide-angle lens.

For instance, Autographer might capture an image when the wearer speeds up as they run for the bus, moves from a warm pub to a snowy street or turns around to greet a friend.

All the wearer has to do is put it on and go, and at the end of the day, watch their ‘unseen’ moments unfold through natural, unpredictable images and stop-frame videos, revealing a surprising new take on their world.


Simon Randall, Head of OMG Life, says, “The beauty of Autographer is that you don’t have to stop to take a photo or spend your day looking at life through a lens. You can live your experiences to the full while Autographer spontaneously captures the stories that happen all around you.


Autographer’s sensors capture metadata alongside the images, meaning users can reconstruct a unique digital record of their day – where they were, where they went, even what the temperature was.

Oh great; that’s all I need fifteen photos of me taking a piss each day....

A surfing instructor makes the most of the wet weather as he rides waves behind a vehicle on a flooded road in West Yorkshire.
Bodyboarder Oli Barrett was filmed being towed along the A656 in Castleford on Tuesday.

West Yorkshire suffered heavy rainfall and flooding over the last few days during the worst September storm for 30 years.

Mr Barrett described the experience as a "bit surreal".

West Yorkshire Fire and Rescue said that the A656 had been closed at the time of Mr Barrett's bodyboarding.

Lucky that-there could have been an accident...


That’s it: I’m orf to find the best constraint on the mass of photons 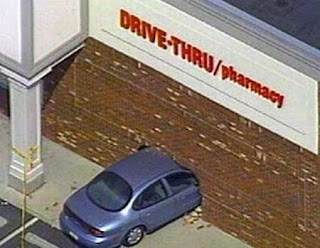