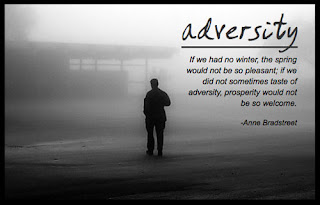 Ananova A New Zealand man who nearly cut his hand off with a bandsaw had earlier almost cut off the same arm in another accident.

Bryan Speers was taken by ambulance to a local hospital and then transferred by air to Waikato Hospital where surgeons worked for 13 hours to reattach his left hand.

He said “I saw my hand flapping around I just grabbed my hand and walked down to the office swearing my head off... I really thought I was going to die."

Dr Katerina Anesti said: "He had nearly cut off the same arm before about five centimetres up his arm. The scarring made it difficult to know what was what."


Err HELP! A pilot flew 80 passengers from Cardiff to Paris then told them: "We have to turn back - I'm not qualified to land."

Thick fog had cut visibility to 700 metres at Charles de Gaulle airport and he told passengers he was not trained to land the aircraft in such conditions.

So, they flew the 300 miles back to Cardiff airport, Cassandra Grant, a passenger said “It beggars belief. I would expect an airline pilot to have every qualification possible, and then a few more."

I wonder what would have happened if it had been foggy in Britain?

Be careful when you give up smoking-Ananova

A West Yorkshire man gave up smoking thanks to hypnosis - but is now addicted to Scampi Fries.

Darren Corbett, now eats 20 packets of the pub snack a day, costing him £11 - nearly double the cost of his old habit, reports Metro.

"When my mates go outside for a smoke, I sit inside and munch," said the tiler from Keighley.

Mr Corbett picked up his new vice after a hypnotist at his local pub cured him of his 30-a-day habit.

Hypnotism can be bad for your health.

They say the soldier took the first tank from his base at night, but drove it off the road and he went back to get a second.

He was caught after crashing the second tank into a tree following a chase by British military police.

I suppose a stinger wouldn’t have worked.


Minds on other things?

Ananova - Sat nav strands honeymoon couple A newlywed couple ended up stuck half-way up a mountain when their sat-nav went wrong on their honeymoon.

Oliver Kohl, and bride Angela, were heading to a luxury hotel in the remote village of Willingen, Germany, after their wedding in Hamm, near Dortmund.

But they got lost as their sat-nav guided them along a bumpy, unpaved forest road toward a tall mountain.
Personally I think those sat-nav things do it on purpose.

Ananova - World's unluckiest cyclist? A US cyclist was knocked down by a car and a train in separate accidents within six hours of each other.

Unlucky Robert Evans, from Boulder, Colorado, was first hit by a car in a hit-and-run incident.
Mr Evans was taken to hospital but later released, reports Metro.

He was on his way back to town when he was hit by a train while walking his bicycle across a railroad bridge.

He was later found in a creek and again taken to hospital, but his injuries were not life-threatening.

To add to his woes, Evans faces a ticket from police for trespassing on the rail bridge which is not open to pedestrians.

Ananova - Karma? An £80,000 a year banker gave up the high life to become a carpenter - only to discover he's allergic to wood.

Dan Hill, dreamt of a stress-free life after swapping his desk in the City of London for a workbench, reports the Daily Express.

But whenever he was in the workshop, he developed an itchy rash all over his body and his eyes were left streaming. Doctors diagnosed an allergy to dust and wood shavings.

A banker eh, wonder how much sympathy he will get.

"Adversity is the first path to truth." Lord Byron