Advertising boobs: Cowboys and hay bales: The “sex wards” of Songziniao Hospital: Angling for a con: and the Palace of Winds.

A touch of solar stuff, a whimsy of atmospheric movement, a smidge of lack of warm and not even a threat of skywater at the Castle this morn, very, very late this Friday, overslept, then fell asleep on the sofa, then went back to bed and finally woke up at the noon day cloud.


IE and Blogger still haven’t sorted out the pic insertion balls up on posts so still using HMTL to bring you “interesting” photos.


And a bit of a truncated offering today.


East to one of the right hand countries 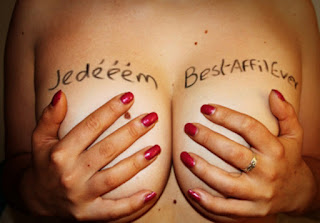 A curvaceous entrepreneur’s unique money making scheme is proving to be a real treasure chest, with interest growing quickly in the business.
Clients can advertise their products or events on one of her breasts for a bargain £5, with a special offer of just £9 available for both.
The advert was initially posted on a Gumtree-style website in the Czech Republic, before bring re-posted on Facebook where it has racked up over 2,000 Likes.
‘I am a beautiful young girl and I offer my breasts for greeting cards and adverts,’ explained the girl, proving that sex really does sell.
‘Send me your message and I’ll send you a pic with it written on my breasts,’ she adds.
There has been a lot of interest in the racy offer, with users on the social network responding positively to the proposal.
‘Its good value for money,’ said one user. ‘But I’d pay double if I could write the advert myself.’

Well; there’s no need to be smutty...
West to the home of the rancher and the land of the rustler 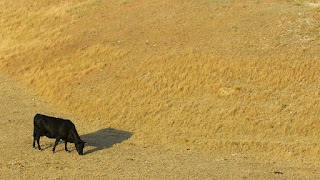 Allegedly Cowboys and Ranchers are stealing bales of hay; it seems that because of Droughts, fires and heat waves have sent the price of hay skyrocketing and “forcing” the bandits to do a bit of nicking hay while the sun shines.
As a result, ranchers and renegade cowboys are literally stealing bales of hay from their neighbours to feed their cattle or sell to the highest bidder, reports The New York Times.
One sheriff in Colorado told The Times that hay rustling was “the economics of the times.”
But, in reality, this is an economic need driven not by complex derivatives but by extreme weather and soaring heat, some of the first sustained climate change-related disasters to measurably impact the United States.

Nah; the thieving ranchers could have harvested their own hay instead of doing a bit of haylifting.

East to the land of non NHS ‘Orspitals

According to Hug China “A hospital in Wuhan has recently opened VIP patient wards for infertile patients and couples having problems conceiving babies. The wards are furnished with all necessary furniture and tools for easy and successful sex, except condoms. Promoted as a “second nuptial chamber,” the luxury decoration and furniture in the rooms is to encourage pregnancy by inspiring sexual passion in the patients.

Back in fishy Blighty 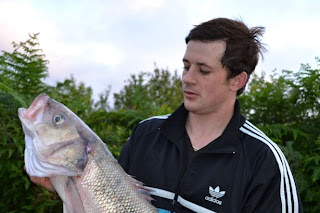 Cheating Matthew Clark, 29, took the first prize worth £800 in an angling competition and proudly posed for photos clutching the 13lb whopper that he had pinched from a Guernsey aquarium on the final day of the competition.
But a rival angler recognised the monster fish following a trip to the aquarium in Guernsey and police were called in to investigate.
Clark was yesterday given 100 hours’ community service after admitting burglary and fraud.
He was allowed to walk free after taking a two-year oath of good behaviour. He will face jail if he breaks the terms.
Clark owed the manager of the island’s St Peter Port Aquarium £1,500 so hatched a plan to break into the aquarium, steal the bass and then return it while paying off some of his debt.
In July last year, on the last day of the Bailiwick Bass Club Open Competition, Clark scaled cliffs, climbed a rope ladder and snuck into the aquarium through a back door.
He dropped and injured the fish while racing to get his “catch” to the 8pm weigh-in at a nearby fishing shop.
The bass tipped the scales at 13lb 13oz – easily beating the runner-up which weighed 10lb 3oz.
Clark, of St Sampson, Guernsey, was congratulated by beaten anglers and was due to pick up his winnings later in the week.
But fellow competitor Shane Bentley, 38, was convinced he had seen the bass somewhere before.
He said: “My wife and I took the kids to the aquarium and saw the bass in a tank – it stood out because it had some very distinct markings on its head.
“It wasn’t until the winning fish was lifted for the photo that I thought, ‘That’s the fish from the aquarium’.
“Next morning, I went to the aquarium and asked to see the bass with the markings. But neither myself nor the owner could find it anywhere.”
Mr Bentley told the contest organisers, who alerted the police. Meanwhile, the thief had panicked and sold the bass to a fishmonger.
But police matched the head of the fish carcass to the missing bass and then arrested Clark.
After failing to reel in officers with a story about catching the fish at a nearby spot, he confessed in full.

East again to the land of hot things and many, many people 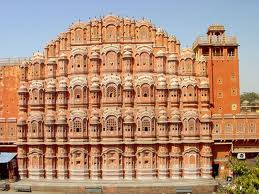 Stands the palace of winds with 953 windows covering the lace-like facade designed to allow the ladies of the royal court to watch the drama of the streets unobserved behind their delicate latticework.
Known as Hawa Mahal in Hindi, the Palace of the Winds was constructed in 1799 for Maharaja Sawai Pratap Singh as part of the women's section of the enormous City Palace at the center of Jaipur. The facade we see from the street is essentially an enormous screened porch, one room deep in most places. Its distinctive rosy colour comes from the natural sandstone from which it is built which also gives Jaipur its nickname, “The Pink City."
The Palace of the Winds is considered one of the finest examples of Rajput architecture in India.

Think you would need more than a bucket and ladder to clean that lot....