THE WEEK THAT SHOULDN’T HAVE BEEN

It’s hasn’t been what you would call a “good news” week, has it?

Four dead Marines that should never have been there in the first place, how many more people have to die for somebody elses' inability to control their own country?

Take a look at the page, makes you think.

Half of the bloody country is flooded……..again!

“Red Ken” telling us that the police officer in charge when Jean Charles de Menezes was shot dead, a certain Ms Dick-(in name and nature) that she was destined for the post of Commissioner.

That, Mr Livingstone is one of the reasons you are no longer Mayor.

The German Finance Minister Peer Steinbrueck is not very happy about Gordon Brown Trousers efforts to “fix” the broken economy.


Join the firkin club pal, but you’ll have to get in line.

The people of Greece have had enough of their Government, I know how they feel. 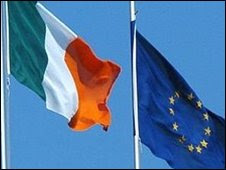 The government of the Republic of Ireland have done a U turn over the Lisbon Treaty, and are thinking of holding a second referendum, but only as long as the EU agrees to certain conditions-from the “No Voters”- abortion, Irish neutrality and taxation.

Stuff the rest of us then.


Oh yes GBT had a psychotic episode during question time, telling us all that he had “saved the world”. 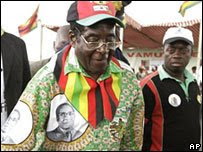 And the other psychotic-Mugabe told the world (that GBT had saved) that the Cholera epidemic was over and that the UK was responsible for the outbreak in the first place.

What can you say, lunatic, homicidal maniac, with psychosis tells us that, he MUST be right.

And the Uber-Shrimp Purnell told us that the “new benefit deal” was “fair” and every one will have a job and it will be wonderful here in FIRKIN DISNEY LAND.

And now for the good news this week.

The English cricket team is doing "quite well" in the first test, Idon't want to say anymore just in case.

I have managed to completely ignore the "X Factor" from start to finish, don't know who won-don't care. It should be just that "EX".

And I have also managed to ignore the "Dancing" thing on BBC1. Is it still going?

And finally, a name to conjour with, and yes, I know you can't help your name but. I was watching "Have I Got a Bit More News" last night and this man was mentioned in the "odd one out" round.