IF: ‘Constraints on the Universe as a Numerical Simulation’: A slice of the web: BIG scarecrow: and how to kill a pumpkin.

A strange bright yellow thing beyond the blue bit in the sky at the Castle this morn, loads of lack of warm, little ex skywater and lavish amounts of atmospheric movement, the butler is stuffing fat, carbon neutral teenagers into the furnace at more than a rate of knots and the interweb thingy has caught a cold and keeps fading in and out, hence the late start.


Whilst dahn at the snotty, vomiting brat infested general medic’s surgery I had my flu jab and yes (I don’t care what “science” says) I have a temperature, aching limbs, a cough and the sneezes. 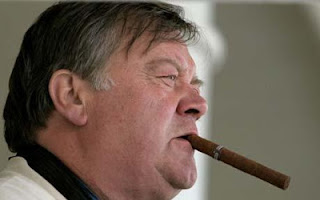 Has finally tipped over the divide between “normality” and politics, reckoning that his “new” post as monster without portfolio will give him the chance to “roam Whitehall, bestowing upon his younger colleagues “the benefits of my wisdom on a much wider range of subjects”, as “an elder statesman … I’m able to advise, put my oar in and contribute to a whole lot of policymaking, particularly the economy, particularly trade, particularly national security”.


And reckons that “If the economy comes right, we’ll sail home”.

Staying on the ‘alternative reality’ theme 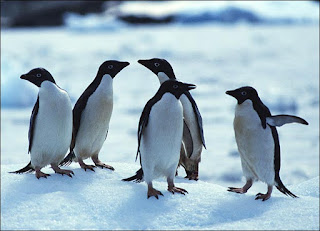 Now a team of researchers at the University of Bonn in Germany led by Silas Beane say they have evidence this may be true.

In a paper named ‘Constraints on the Universe as a Numerical Simulation’, they point out that current simulations of the universe – which do exist, but which are extremely weak and small – naturally put limits on physical laws.


For instance, something known as the Greisen-Zatsepin-Kuzmin, or GZK cut off, is an apparent boundary of the energy that cosmic ray particles can have. This is caused by interaction with cosmic background radiation. But Beane and co’s paper argues that the pattern of this rule mirrors what you might expect from a computer simulation.


In that case...can we have a reboot please? Must be something to do with penguins being black and white TVs...


Want a bit of the interweb thingy? 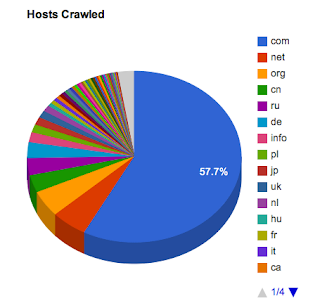 Your wish could be fulfilled, just go to the Wayback Machine who are offering  about 80 terabytes of WARC files containing captures of about 2.7 billion URIs. The files contain text content and any media that we were able to capture, including images, flash, videos, etc.and ask nicely.


If you would like access to this set of crawl data, please contact Wayback Machine at info at archive dot org and let us know who you are and what you’re hoping to do with it. They may not be able to say “yes” to all requests, since they are just figuring out whether this is a good idea, but everyone will be considered.

With Halloween just around the corner
And the prospect of gangs of badly dressed snotty nosed begging brats about to descend on unsuspecting householders, you might like to invest in one of these... 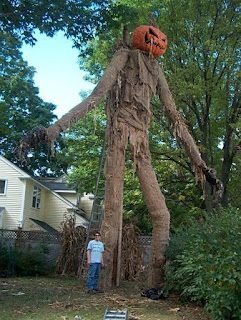 Or better still some boiling oil, a baseball bat and a Taser.


Staying with the last night of October


Over in the backwoods of one of the United States someone called Hickok45 shows us how to kill a pumpkin.


And today’s thought:
Are we in Paris yet?