Slept like a baby last night, and I have invented a new word-Bribble (what adults do while asleep).

It seems DD over at Noclue is not a happy bunny because the insomnia bug has re infected her, sorry DD.

The postal workers have returned to ‘work’ today, didn’t notice any difference, still got an invite to take out a life insurance policy through the letter box.

My mini optical mouse that I use has popped its clogs and just lays there with its legs in the air, which means that I am having to use the “touch pad” thingy, which I do not like, when you make as many mistakes as I do a separate mouse is a must. 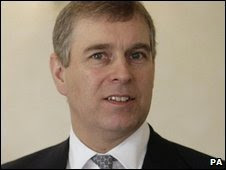 And a bit of “news”- Prince Andrew has decided that the bonuses for Bankers is OK, and the amounts paid to them are ‘minute’ they may be to Prince A, but to the rest of us........

And don’t forget that the clocks go back tonight, an extra hour in bed tomorrow, yes!


What’s in a name 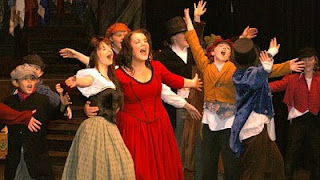 The Tipton Amateur Repertory Theatre Society says it's been forced to change its name after a complaint that its acronym was sexist.

The amateur dramatics group formerly known as 'Tarts' has put on productions in schools across the Midlands for 20 years, reports the Daily Telegraph.

But it changed its name to Tipton Arts after a female head teacher threatened to boycott this year's panto production of Babes in the Wood.

The head teacher, who has not been named, wrote a letter to the group's organisers accusing them of being "sexist" and "derogatory" towards women.

Member Elizabeth Haney said: "It was only meant to be a joke. We were formerly known as Tarts.

"But we have had to change this name as certain organisations deemed this to be offensive, especially in view of our younger members.

Tarts, which has members aged from six to 75, was told it would not be welcome at the school unless they changed their name to Tipton Arts.

Ray Brothwood, chair of Tipton Community Association, said: "It's just a bit of a laugh isn't it, why would anyone ever be offended? I suppose it just goes to show the way people think nowadays." 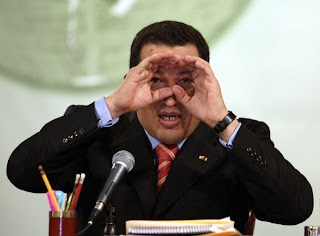 Venezuelan president Hugo Chavez has instructed his citizens to stop singing in the shower.

As his country suffers from a chronic water and energy crisis, Chavez told the public to limit the amount of time they spend in the bathroom.

"Some people sing in the shower, stay in the shower for half an hour," he fumed in a televised cabinet meeting, according to the Daily Mail.

He then revealed that he was taking the lead in the fight against wasted energy.

"No, kids," he urged, "three minutes is more than enough. I've counted, three minutes, and I don't stink."

Warming to his subject, he continued: "If you're going to lie back in the bath with the soap and you turn on the Jacuzzi, imagine that - what kind of Communism is that?"

Calm down Hugo its only water.

A policeman’s quote is not a happy one 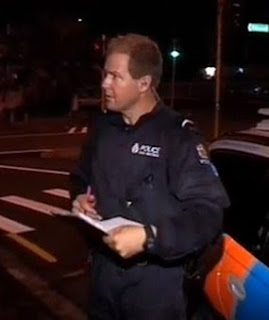 A policeman from New Zealand has become an internet sensation after he was captured on video dishing out some unusual advice during a late-night traffic stop.

About 75,000 people have watched on YouTube Auckland policeman Guy Baldwin as he talks to a young man who police suspect had been breaking into homes.

When the offender claimed he was just on his way to a service station to buy a pie, Sergeant Baldwin replied: "Three o'clock in the morning, that pie has probably been in the warming drawer for about 12 hours."

"It will be thermo-nuclear - always blow on the pie. Safer communities together," he said.

The line "always blow on the pie" is now printed on T-shirts which are for sale around Auckland.

Sergeant Baldwin says he was not being serious. 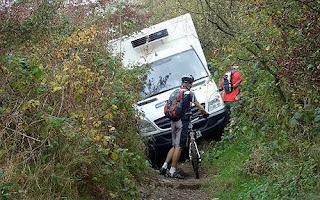 An Asda supermarket delivery van driver in Lancashire crashed his vehicle on a narrow footpath after his satellite navigation sent him the wrong way.

Despite the Edenfield path being about three foot wide and surrounded by dense foliage, the driver seemingly ignored common sense and instead blindly followed his electronic directions.

The driver, who has not been named, was left suitably embarrassed after his six-foot wide van got stuck on the path described by locals as “the unluckiest” in the area.

He had been delivering shopping from the Asda store in Pilsworth, Bury, to a farm in Rossendale when the incident occurred last weekend.
He was forced to call the RAC for help after bewildered local walkers and riders found it impossible to get around the van, which had blocked the path.

It took the RAC about an hour to free the van.

The driver was not injured in the crash.
"I was amazed it had got down so far and I wondered how it was going to get back out,” said cyclist David Bissett, who was one of the eyewitnesses.

"You can't fault Asda for reaching the parts that other supermarkets can't reach."

But you didn’t did you Numpty.

And finally:
This should be good 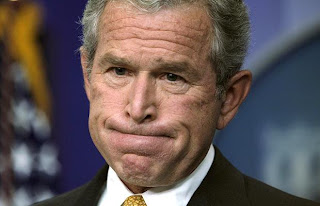 On Monday, the former US president - whose policies inspired millions of Americans to vote Democrat in the 2008 election- will headline at a popular Get Motivated programme, appearing at a seminar about, among other things, "How to master the art of effective leadership".

Mr Bush's wars in Afghanistan and Iraq provoked widespread criticism, and his steering of the US economy drew censure. But he is likely to be paid around $100,000 (£61,000) for a 40-minute speech on his experiences as leader of the free world - so he may yet have the last laugh.

Touted as a "motivational mega-show [that] packs more inspirational firepower than a stick of dynamite," the seminars, aimed at businessmen and women, have become hugely successful in the US and frequently feature high-profile speakers, including other former presidents.

Mr Bush will speak at an event in Fort Worth, Texas on Monday and another one in San Antonio in December.

Professor Larry Sabato, professor of political science at the University of Virginia, said: "Maybe it will be 'I'm the model of what you shouldn't be'."

Mr Bush, who famously declared "I am the decider" when his decision not to sack Donald Rumsfeld, then secretary of defence, was queried, will give advice on making decisions and how to lead large organisations, his spokesman said. He also intends to talk about his achievements and setbacks while in office.

Should be a short speech then, at least the first part will.