Just resign Mitchell: Boost your baggy bum: Golden Spurtle: Teen Brothel Bandits: Hubble Bubble trouble: and Hit me with your rhythm stick (but not too hard).

Usual lack of warm, usual non movement of the atmosphere, usual dearth of solar stuff and unusual amounts of skywater at the Castle this morn.


Just returned from the stale bread, gruel and his Maj’s food run dahn Tesco, what can I say...?

And his Maj has conquered Virginia... 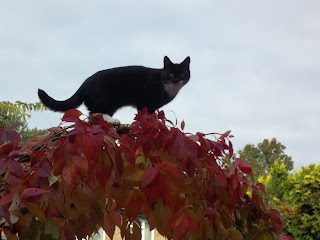 Up in the leaning tower of Westminster 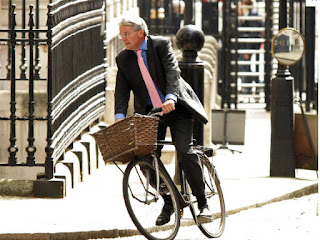 The seemingly endless saga of foul mouthed Andrew Mitchell drags on like piles on a chimpanzee, the latest instalment is that the Chief Flogger will meet with “rank and file” coppers tomorrow to “decide his fate”.


If the psychotic cyclist had any gonads he would have done the decent thing and walked away with his golden handshake firmly clutched in his “non plebbish” hand, but it seems that like all arrogant Tory twats he is determined to hang onto the “title” and prestige of his Piss Poor ‘job’ despite being caught in flagrante delicto as it were.


If I were daft enough to use rude words and insults to a member or two of the Peelers I would be whisked orf to the nearest nick in the back of a transit faster than you could say “fair cop guv” and fined more than a few quid for the privilege.


But it seems that “them at the top” are immune from the same “justice” as the rest of us because “they” are obviously better than we “commoners” and are able to take liberties with liberty with impunity backed by the second highest “ruler” in backward Blighty.


A hint to all those who occasionally visit the “seat of Government” in an official capacity-you may have more money and power than us, you may have spent your formative years being beaten and buggered in posh schools, you may have the “right” contacts, but we are better people, we know what hard work really is, we know what life is really like and we know that eventually you will disappear from our lives while we continue to cough up endless amounts of dosh so that the next lot of tossers can “lord” it over we “Plebs”.


I was sent this video in an email for “older people” on how to “improve” my saggy, wrinkly old bum. 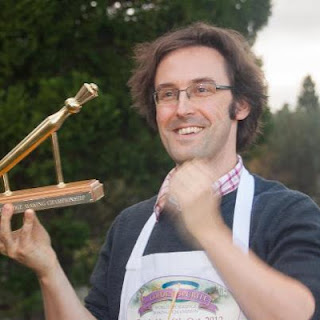 For the first time in the history of the world yesterday an Englishman was crowned World Porridge Making Champion.
Ben Horsburgh, who was born in London but lives in Germany, took the title and the prestigious Golden Spurtle at the 190th event held in Carrbridge ­yesterday.
In a bid to soften the blow to Scots, Horsburgh, 45, said: “I’m from Scottish roots. I can trace my family back to the 1390s to the Peebles area. So I suppose today I was flying the flag for the old country.”
He went on to explain how he makes award-winning porridge in four easy stages.
“First of all you must have a good pot. It is vitally important,” he said.
“Next choose the oats that you like. Then keep stirring and add salt as you go along. Finally keep tasting and when you like it, stop.
“It is also important to be relaxed and tranquil when you are making it”.


Can’t afford the gas or time, can’t eat too much salt so I think I will stick to Reddybrek.

Right a Reich or two 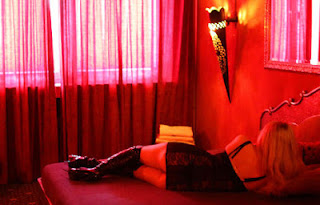 Two 14-year-old boys who stole some of their mother's jewellery to pay for visits to a brothel have been charged with theft in Germany.
The youngsters sold £2,500 worth of gold and gems for just £250 to a gold dealer in their home city of Karlsruhe, say police.
They spent the proceeds on pizza, kebabs - and two visits to a brothel in the city's red light district.
Officers said the pair had been caught in a "delirium of hormones", and had got only a tenth of the value of the jewels.
"You could still see the delighted smiles on their faces while they were being interrogated," said police spokesman Ralf Minet.
"They've been told that damages will be awarded against them and they will have to pay it out of their pocket money," he added.
I don’t know; teenagers eh?

East a lot to the land of Arabia called Saudi 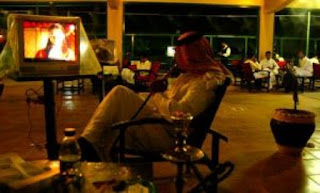 Smokers of the hubble-bubble water pipe have until Saturday to indulge their fondness for sweet flavoured tobacco in Jeddah's cafes as the Saudi city prepares to enforce a public ban on the habit.


A law against smoking the pipes, known in Arabic as shisha, in public places has been in place for years in some other Saudi cities, but it is only now being implemented in Jeddah, which is known as more socially liberal than the capital Riyadh.


"It's a big problem for our cafe. More than 80 percent of our customers come to smoke shisha. Now they complain as soon as they walk through the door when we say we won't have shisha," said Ghassan Mohammed Mansour, the manager of Jeddah's upscale Caffe Aroma in a phone interview.


English-language daily Saudi Gazette reported on Wednesday that more than 35 businessmen with investments in restaurants and cafes had complained to the city's chamber of commerce about the ban, demanding it protect their interests.


The pipes have been banned on health grounds, alongside other forms of smoking, with the Health Ministry campaigning for tougher measures against the habit for years.


Shisha smoking is popular in Saudi Arabia, but it is frowned upon by clerics of the austere Wahhabi school of Islam that dominates the world's top oil exporter.


Back to the land of Teutons 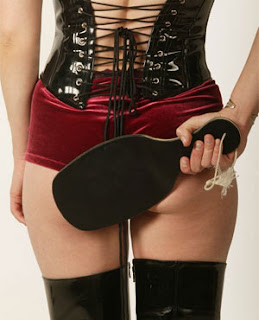 A German dominatrix has been forced to pay 200 Euros (£160) to a local charity as a penance after her client, an undertaker, accused her of hurting and robbing him.
Cologne district court spokesman Dirk Esser said the plaintiff had accused the woman he hired for sex last month of holding a kitchen knife to his throat before demanding his debit card and PIN number.
The plaintiff, a 49-year-old undertaker, also said the woman had detained him against his will for five hours.
The German court decided that it was impossible to know for sure what really happened because both parties had consumed too much cocaine during their encounter.
It dropped the charges but ordered the prostitute to pay the "penance money" to a charity that supports crime victims.
The 35-year-old mother of four has been in pre-trial custody for the past five weeks, but declined to be compensated for time spent in jail, Mr Esser said.


Maybe she should be chief Tory whip....wonder if she has a bike?


That’s it: I’m orf to draw an ammonia sensor.


And today’s thought:
Hope it's not too windy 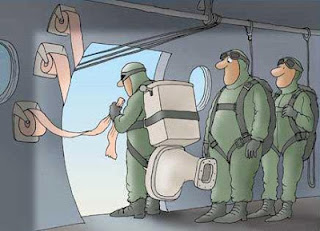