My day in the NHS 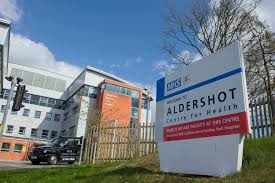 Just a whimsy of atmospheric movement, nary a spot of skywater, and much lack of cold and dawns crack has gone away at the castle this morn.

I spent yesterday in the warm embrace of the NHS, I was woken at 4am by excruciating pain in the right plum, had to wait till 8am to phone the GP surgery, spent another ten minutes waiting to speak to the receptionist, explained (between screams) about said plum and was given an appointment at 10.40 am.
Then discovered that the road to the Aldershot Elf Centre (hospital Hill) was closed so set orf on a three mile diversion along the Farnborough road and dahn Queens Avenue which didn’t do the painful plum much good. 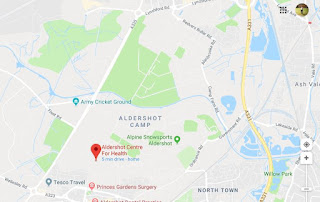 Arrived at 10.30 and used the Tablet thingy to book in which informed me that the doctor was running 19 minutes late. By 11.10 realised that the Tablet thingy tells lies and the right plum was now throbbing decided to stand up and walk around a bit, my seat was immediately taken by a “teenager” who seemed to be surgically attached to her phone, by 11.20 with painful legs and throbbing plum my name came up on the screen.
Waited outside the doctor’s room for five minutes before being called in by to my surprise a very attractive young female doctor, explained to said attractive young female doctor about plum which by now had run away and hidden itself.
Young attractive female doctor asked if she could examine said plum (and as it would be discourteous to say no) I dropped ‘em and laid dahn on the slab table.
Examination over (shame) young attractive female doctor started looking up Torsion and Testicle on the interweb and seemed quite concerned, and then mentioned the dreaded words-Grimly Dark ‘Orspital.
I was sent back out to wait while the young attractive female doctor finished her surgery and then went back in to be given a letter to take to A and E, it was now 12.20pm.

Set orf and arrived at Grimly Dark at 12.45pm, got my parking ticket from the robot with the barrier and spent ten minutes driving round and round, and round in the pitch black till I finally found a space (right at the back) as far away from the ‘Orspital as possible, staggered to A and E, waited for another ten minutes in the queue and handed my letter to the non smiling receptionist.
Waited another ten minutes while she read said letter then handed it to a non smiling nurse  who made a phone call to the Surgical Assessment Unit and told me to take a seat (still non smiling).
A while later (the pain had deprived me of sense of time) said non smiling nurse called me over and told me to report to SAU which I did.
Arrived at SAU and was greeted by yet another non smiling receptionist who scrutinised my plum letter and told me to take a seat.
Twenty minutes later (there was a clock opposite where I was sitting) a young not so attractive but smiling male doctor came in and took me to a room, where he proceeded to examine now disappeared plum, asked many many questions about urination and sex and then proceeded to shove his finger up my rear exit in a vain search for my prostate.
He decided it was not testicle torsion but an infection (pleased about that) but there would have to be blood tests done, it was now about 2.30 pm.
He told me to go and have something to eat and come back in an hour for the blood test results.
Staggered to the main entrance and purchase a turkey salad roll and a diet (no sugar no calories) coke £4.50 and retreated to the motor, the pain was now so bad that I had to stand to eat it.
Went back to SAU an hour and ten minutes later told non smiling receptionist I was there and took a seat.
Half an hour later not so attractive but smiling young male doctor appeared, checked the blood test results and said that it was an infection and that I could go home after I went to the pharmacy to get my antibiotics.
Limped about half a bloody mile to the pharmacy handed in the prescription to the non smiling receptionist who then asked me, did I pay for my prescriptions? My date of birth my name and what other drugs do I take.
I don’t know if anyone out there has had a raging plum infection but it is not conducive to a clear mind mine by the way was blank.
Given a number (71) and was told to sit, thirty minutes later my number appeared on the screen saying “collect at counter” under a sign which said “when your prescription is ready at the counter remain seated until called”?
Ten minutes later I was “called” to the counter and spent another ten minutes listening to a smiling young man explain many things about my antibiotics which went straight in one ear and out the other.
Finally left the pharmacy and limped another couple of hundred yards to the exit, another hundred to the Pay Machine thingy and queued for another ten minutes to pay for the parking.
Limped another hundred yards to the motor, spent ten minutes queuing to leave the car park and finally escaped from Grimly Dark  £5.50 lighter.
Got home at about 5.pm took an antibiotic, a couple of painkillers and went to bed which is where I still am and will remain until the festering plum has stopped throbbing.
The butler can earn his keep...for once.
Conclusion:
Pleased with the very attractive young female GP, pleased with the not so attractive young male doctor, not so pleased with the non smiling receptionists and nurses, bloody disgusted with the car parking charges.
The SAU could do with a lick of paint but the Grimly Dark non medical staff could do with a jump start to their demeanour, a bit of humanity, a smidgen of humour and I know that they have a stressful job and are overwhelmed but how would they like to treated when they are in pain and not feeling their best?
Surprisingly satisfied with my day in the NHS.
Angus