A nice quiet hobby; Evening all aliens: Big Balls; No Hugging: and Anyone seen my bum?

Just got back from the local smash and grab (Tesco), what a shambles, they have decided to turn the entrance into an obstacle course with holes in the floor and a massive steel frame which looks like they are going to move the whole entrance fifteen feet outwards, went in and was confronted by Halloween stuff, fireworks and Christmas stuff (which has been there since September) staggered round avoiding the robot internet “shoppers” and their trolleys as well as the cages full of goods and the cleaning machine guided by a Russian; got my gruel and used one of the three out of six “self service checkouts” that were working.

Decided to put some liquid gold in the car, couldn’t even get onto the forecourt, they have about twenty odd pumps, six of which were working most of them were coned off so I came home, kicked the cat and threw stones at the blue tits.


I do love shopping.

The EU is impinging on our sovereign status again according to the Telegraph by forcing the UK to take a greater number of asylum seekers under EU plans that would create a Europe-wide common asylum policy with uniform criteria for deciding on cases.

Here’s a hint for any illegal if they manage to get in, buy a pet and you will be able to enjoy our high standard of living without fear of being sent “home”

Haven’t commented on the Postal strike, no point, I had a chat with my local postie yesterday; he didn’t know what was happening and likened the CWU demands to the money given to the banks, yeah right.

Enough of the ‘Real World’.

Need a nice quiet hobby, one that you can do outdoors? Try Anvil Shooting the pastime, which has a small but passionate following in the southern and western United States, is largely self-explanatory: using gunpowder to fire an anvil up to 200 feet in the air. It is also known as anvil launching and anvil firing.

There is even a world champion anvil shooter, a burly Missourian with the unlikely name of Gay Wilkinson.

It involves placing one anvil upside-down on the ground, filling a brick-shaped cavity in its underside with black powder, and then carefully – with a thick paper patch to prevent sparks – placing another on top of it.

Then the anvil-shooter lights the fuse and runs as fast as he can out of the blast radius.

Although the hefty 100lb anvil reaches an impressive height – Mr Wilkinson claims 200 feet is about the record – it tends to be return to Earth fairly close to where it started. Presumably wind drift is not a significant problem.

Watch the video, all the family can join in and your neighbours will love you, but don’t try it on your balcony if you live in a flat. 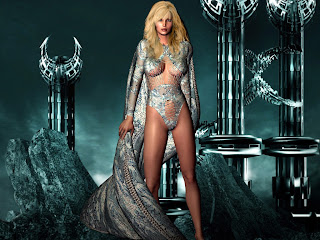 The sergeant, who has not been named, was off-duty when he saw the figures standing in a field near Silbury Hill, and stopped his car to investigate.

However, as he approached the 'men' – all over 6ft tall with blond hair – he heard "the sound of static electricity" and the trio ran away ''faster than any man he had ever seen''.

''The figures were all over 6ft and had blond hair. They seemed to be inspecting the crop. When he got to the edge of the field he heard what he believed to be a sound not dissimilar to static electricity.

''This crackling noise seemed to be running through the field and the crop was moving gently, close to where the noise was.

''He shouted to the figures that, at first, ignored him, not glancing at him. When he tried to enter the field they looked up and began running.

''He said; 'They ran faster than any man I have ever seen. I'm no slouch but they were moving so fast. I looked away for a second and when I looked back they were gone.

''I then got scared. The noise was still around but I got an uneasy feeling and headed for the car. For the rest of the day I had a pounding headache I couldn't shift.'' 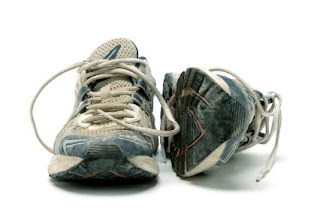 Mason has filed a lawsuit against the province, alleging jail officials issued him "worn and unsafe" shoes and rejected his pleas for new ones.


According to a statement of claim filed earlier this month, Mason was playing volleyball in the jailhouse gym on Oct. 11, 2007, when he slipped on the wood floor and broke his leg.

Prisoners at the jail are not allowed to wear their own shoes and are provided jail-issue footwear.

Prior to the accident, Mason "repeatedly requested new shoes ... Each time ... his request was denied," says the statement of claim.

Mason "was told by a representative or employee of HCC that the shoes he had 'looked good' or were otherwise satisfactory."

Mason alleges the jail failed to take "reasonable or adequate measures" to ensure his safety and allowed the gym floor to "become or remain slippery and in an unsafe and dangerous condition."

Mason is suing for general and special damages, plus costs.

If he wins they should take the cost of his prison stay out of the award. 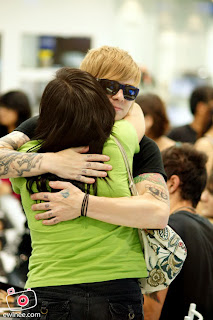 From down under:- ADELAIDE, Australia - An Australian elementary school has banned hugging and other displays of affection between preteen boys and girls to set a good example for younger students, the principal said Tuesday.


Students at Largs Bay Primary School in the southern city of Adelaide were spoken to about "inappropriate behaviour" between boyfriends and girlfriends when the new school term opened last week, said Principal Julie Gale.

"We set strong standards of behaviour for our Year 6 and 7 students, who are seen as role models by our younger students," Gale said in a statement emailed to The Associated Press, referring to the school's oldest students, ages 11 to 13.

She said hugging between friends was not banned "but we do discourage displays of affection in the school yard among students ... who have a boyfriend or girlfriend at the school."

The hugging ban mirrors restrictions by some U.S. schools that have also outlawed hugs, kisses and physical horseplay in an attempt to prevent groping or injury and maintain the seriousness of the environment.

The Largs Bay ban came to public attention after some parents contacted the local newspaper to complain that the policy was too strict. Gale said she had not been approached by any parents about the policy.

The punishment for breaking the hug ban was not clear.

"One of the things that's important for schools to do is to talk to students about what's appropriate behaviour and what's inappropriate, whether it be about language or the things they wear and certainly in this case about the way boys and girls interact, especially when it comes to the stage of being boyfriends and girlfriends," Portlock said.

Yeah, that is really going to work isn’t it? 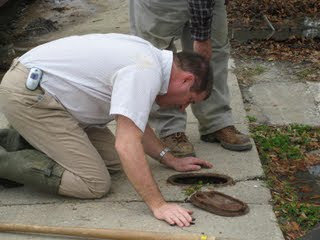 Is my bum down there?
A Japanese chap is a bit browned off after a hospital wrongly diagnosed him with rectal cancer, whipped out the offending section of digestive tract and fitted an artificial replacement.

According to the Mainichi Daily, the poor bloke had surgery back in March at a university hospital in western Miyazaki prefecture to remove a tumour, but subsequent tests on the excised tissue showed no signs of the suspected cancer.

The unnamed victim has now filed an action in Miyazaki District Court looking to take the hospital for 35 million yen (around £231k). A hospital spokesman confirmed: "We realise the complaint has been filed. We will take appropriate action after examining the case."


Nice to see that they did the tests after the op.