Isn’t it? Took the painkillers yesterday at about 10am, felt a bit tired at 11am, went for a lie down and woke up at 7 this morning, I feel like I have been run over by a truck and then run over by a bus and then by a car, and then kicked by a horse and run over by a stampede of cattle..

So don’t expect too much today: 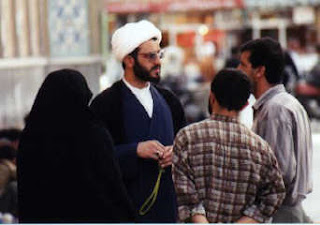 Apparently Iran goes to the polls today (I think) and the rows have broken out already Telegraph about vote rigging, the Mousavi and Karoubi camps to Iran's Guardian Council, a clerical body which monitors the conduct of the election campaign, have sent a letter accusing Iran's interior ministry of printing some 2.6 million more ballot papers than originally stated, implying that these could be used for fraudulent purposes. It added: "Supervision over one-third of the ballot boxes has been taken away from the police and given to the Revolutionary Guards, which is against the law and prior norms."

Iran's election authorities have insisted that the contest will be conducted in a fair and free manner. Iran's Supreme Leader, Ayatollah Ali Khamenei, has already criticised the acrimonious exchanges between the candidates, reminding them to conduct debate in a "religious" manner.


No change there then, the other thing is that the polls will be open during the night because all the ballot papers glow in the dark (think about it).

“Since being elected in 2005, Mr Malik has claimed the maximum amount allowable for a second home, amounting to £66,827 over three years. Last year, he claimed £23,083 from the taxpayer for his London town house, equivalent to £443 per week. The Telegraph disclosed that the “main home” for which Mr Malik pays out of his own pocket - a three-bedroom house in his constituency of Dewsbury - has been secured at a discounted rent from Mr Zaman.”

Maybe he did or maybe he didn’t, the problem I have is do we want an MP who was Justice Minister and seems to unable to prove his claim with receipts, or proof of cash withdrawals? 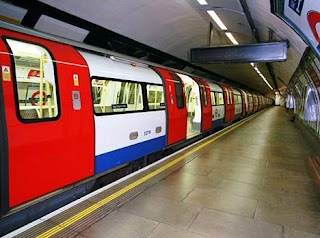 The Tube strike goes on over pay and conditions, tube drivers earn £40,000 per year, have 43 days annual leave and free staff travel for themselves and their spouse, and want more, a qualified nurse in London earns about £30,000 per year and deserves more.

Tube drivers have much more clout, they can disrupt the lives of millions of commuters and will probably get what they want, nurses would never go on strike, they struggle with the inane
policies of the NHS and Government, with understaffing and poor support, they will be left to their fate.


I think we may have our priorities arse about face. 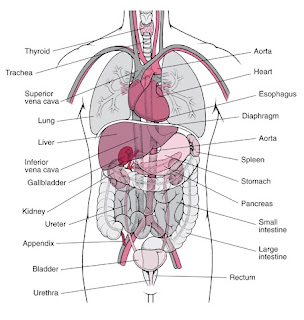 Do you know your arse from your elbow? It seems that we don’t know how we are built, Only a third were able to pinpoint the lungs, and the 722 people questioned only got half the answers right on average.

The people questioned were shown drawings of a male or female body with organs shown in different positions, one of which was correct.

Some were easy, 85.9% could find the intestines and 80.7% knew where the bladder was. Women also performed better when looking at a female body.

That is why God gave us fingers, to point and say “pain” that is why doctors are taught anatomy, so that they can say “ah yes it’s your liver, bladder, lungs etc.

That is why the medical profession exists otherwise we would all be doctors.

"Why do I keep on stating the obvious? It's because you stupid enough to ask about it." — Kathy Kaleb

NHS Behind the headlines
Posted by Angus Dei at 08:39 3 comments