No news is good news

Chucking it dahn at the Castle this morn, the butler is feeding the furnace with fat, carbon neutral teenagers at the speed of time, and the study is about half finished, after three trips to the "recycling centre", four bags of non-recycling stuff, half a gallon of couloured wall stuff, two hundred trips up and dahn the stairs I am knackered, the left hip has decided that it wants a holiday, I have used two tubes of that well known stuff (which targets pain and has anti agony stuff in it) on my back I have managed to crawl dahn to the sofa to put fingers to keyboard only to find that there is bugger all to post about.


Where has all the "interesting" stuff gorn? 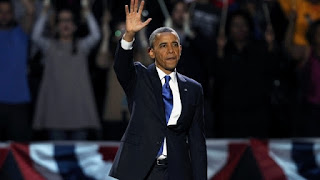 Which means bugger all to us despite the billions of dollars and hundreds of hours of BBC air time spent on it.
Some dozy cow of an MP has decided to emigrate Dahn Unda 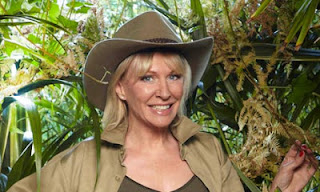 To spend a couple of weeks sitting in the "jungle" eating maggots and crapping next to the Koala bears in the woods rather than doing her fucking job which she is royally paid to do.

Apparently the whip has been withdrawn which is a shame because she deserves a good flogging. 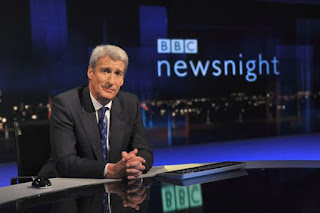 Which seems to be publishing lists of people who are not connected to the Catholic Priests preference for buggering and fiddling with children at all.
and:
Apparently the Ginger Rodent has his own beer﻿ 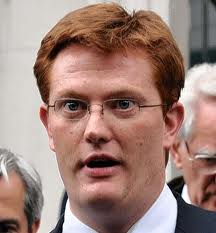 And has allededly attended the Launch of said Ginger Rodent ale by Cairngorm Brewery in Aviemore, and even promised to take a couple of bottles back to Westminster for Harriet Harman.
Oh har fucking har, maybe he would be better orf sitting in his plush office sorting out the fucking economy...
and finally:
Fuckwit Cameron has sidled orf to somewhere warm 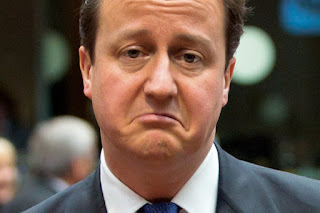 With a bit of luck he will wander orf into the outback and disappear...
and:
Charlie and his old Nag has fucked orf somewhere just as warm
﻿ 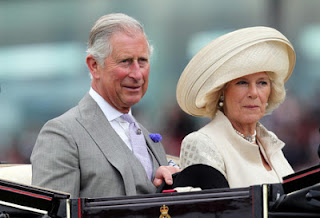 Where the grazing is much better.
That's it:I'm orf to stock up on coffee
And today's thought:
Hello; and where are you from? 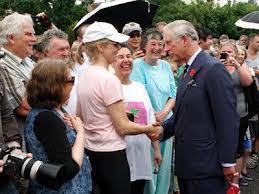 Freezing cold and pissing dahn at the Castle this bank holiday morn, took a day orf yesterday, unplugged the TV and managed to avoid all “news” of that thing happening in the Smoke, sadly it is still going on today.


The Honda is now a nice selection of red and yellow, the butler is back to shoving carbon neutral teenagers into the furnace and his Maj has discovered the joy of ambush from the Tesco “bag for life”.

Up in the Palace of holidays 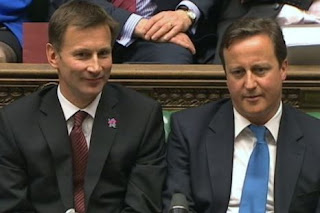 It seems that when the overpaid, piss poor MPs return on the 11th of June U-Turn Cam may be in for an “interesting” time.
After the Prime Monster launched an impassioned defence of Jeremy CHunt Labour and Some senior Liberal Democrat MPs are expected to vote on Wednesday next week to recommend that Mr CHunt faces censure of his handling of News Corp's £8bn bid for BSkyB.
According to Dave "The advice I was given was that what mattered was not what Jeremy Hunt had said publicly or privately but how he was going to conduct himself during the bid," he told the BBC. "That's how I think we should judge him: did he adjudicate this bid wisely and fairly?
"And he did. He took legal advice at every stage, and he followed that legal advice and he did many things that were not in the interests of the Murdochs or BSkyB and that side of things."

Still in the place where no one is home 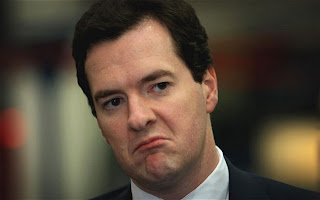 Son of a B.......aronet and alien reptile in disguise George (where’s my invite to the picnic today) Osborne has decided that he wants to cut subsidies for wind farms by a quarter, the Department for Energy and Climate Change confirmed that subsidy levels are set to fall.
Cutting subsidies would be popular among Conservative MPs. More than 100 MPs wrote to David Cameron earlier this year calling on the Prime Monster to limit the growth of onshore wind generation.

Allegedly George has seen his reputation damaged by his Budget in March, and is looking to rebuild support with his party.

At the moment there are just over 3,000 wind turbines onshore and more than 500 offshore in the UK.


What’s his name-the Deputy Prime Minister, has clashed repeatedly with Mr Osborne in Cabinet meetings over environmental issues, reminding the Chancellor that the Coalition is committed to being “the greenest government ever”.

Until personal ambition gets in the way.....


Over to the non-Jubilee place way over to the left 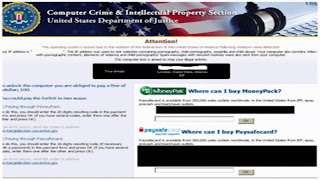 An existing computer virus, called Citadel, has been repurposed as scam-ware, which notifies users that they've been caught looking at child porn and must pay a $100 fine to get off the hook.
Users are lured into going to a URL for a "drive-by download" website, which installs a Trojan (called Reveton) onto their machine using the Citadel platform. This Trojan then freezes their computer and displays a warning screen (pictured above) notifying the user that "the user's IP address was identified by the Computer Crime & Intellectual Property Section as visiting child pornography and other illegal content." And they have to pay $100 to the Federal Government, via credit card or wire transfer, to clear their record.


This warning comes from the Internet Complaint Crime Centre (IC3), which is made up of the FBI and other agencies. The alert warns:
In addition to the ransomware, the Citadel malware continues to operate on the compromised computer and can be used to commit online banking and credit card fraud.... This is an attempt to extort money with the additional possibility of the victim's computer being used to participate in online bank fraud. If you have received this or something similar do not follow payment instructions.

One born every minute...

East to the land of many, many people and big arachnoids 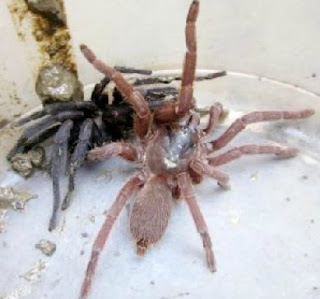 Over two weeks ago, an army of eight-legged sods invaded Jintu Gogoi's neighbourhood in Sadiya, Upper Assam.
On May 8. Most of the inhabitants of Chaulkhowa Nagaon village had been to a Bihu function. When the programme drew to a close, swarms of spiders suddenly descended from nowhere and started biting the people.
Over the next few days’ scores of people arrived in the Sadiya civil hospital with spider bites, some even carrying their tormentors to the hospital.
An alert was made across Tinsukia district and people were asked to stay indoors at night—the time the eight legged buggers would swarm all over the place.
Dibrugarh University has, meanwhile, sent spider specimens to Indian Society of Arachnology, Maharashtra, for identification.


Back in the Smoke 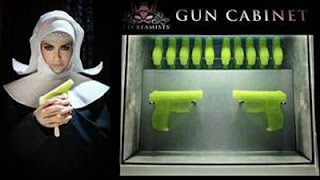 The Icecreamists shop in London's Covent Garden has come up with a new product-a gun-shaped Vice Lolly made up of one part 80% alcohol absinthe and three parts Holy water from Lourdes.
Priced at £18.58 after the year 1858 - when spring water from Lourdes was declared Holy by the Catholic Church after a 14-year-old girl saw the Virgin Mary in a vision there.
Icecreamists owner Matt O'Connor, 45 said "Being born into a Catholic family I wanted to make a statement about religion," "I have a source in France that bought the holy water for me in plastic bottles. After it was shipped over I spent a lot of time tasting it with absinthe and sugar to get the taste and balance just right.
"It tastes alcoholic with a touch of sweetness. After about three of these the average drinker would certainly be feeling the effects."

And then be damned to hell for eternity... 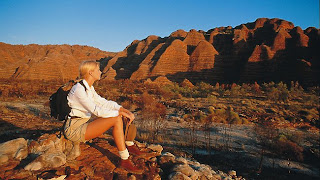 Apparently Aussies have ditched the Lara Bingle-style bikini babe and Paul Hogan-esque Aussie larrikin and gone upmarket for their new $250 million marketing campaign.
The 90 second commercial launched in China today showcases some of the country's most luxurious - and expensive - travel experiences.

It includes scenes of a woman getting a massage at Wolgan Valley Resort and Spa in the NSW Blue Mountains where Australian cricket captain Michael Clarke wed Kyly Boldy last month, a couple playing chess at the high-end Saffire in Tasmania and five-star dining at Uluru in the Northern Territory.

Australia's natural beauty is also on display, with sweeping images of the Bungle Bungles in Western Australia's Kimberley region, diving on the Great Barrier Reef, a glittering Sydney Harbour and gum trees blowing in the wind.

In another scene, indigenous and non-indigenous children are seen swimming together in a waterhole in the Northern Territory and playing with crabs on the beach.


Tourism Minister Martin Ferguson launched the latest phase of the There's Nothing Like Australia campaign in Shanghai today. China is Australia's fastest-growing and most valuable tourism market.


It also includes a new, interactive tablet app and hub on its website www.australia.com to give people more information on the locations featured in the ad.

Just a quick one today.


An old friend of mine known as El-cleef (don’t ask), is away to the antipodes in November for a month. He is going to see family members in good old Oz.

I have a couple of reminders for him.

Don’t forget the surgical stockings on the plane.
Don’t forget to check under the dunny seat in the mornings.

And just to help him out, some Australian to English translations. So that he can communicate with the “natives”

May your chooks turn into emus and kick your shithouse door down- I am not very happy with you.

Bum nuts-eggs, for your breakfast.

Dry as a dead dingo's donger-very dry, as in I need a drink, or we haven’t had any rain lately. I am sure you all know what a “donger” is.

Jumbuck-a sheep, not very jolly from what I’ve heard, more like nervous.

Matilda-old term for a swag, bedroll. As in "waltzing your Matilda". Not the neighbours wife.

Mystery bags-sausages because you don't know what went into them.

Noah's Ark-a shark, this is very important, if you are swimming and someone shouts “Noahs Ark” it doesn’t mean there is a boat, it means do a Jesus and run as fast as you can on the water.

Thongs-Rubber sandals or flip-flops, so if you are given a “thong” don’t shove it up your arse crack, it could be very painful.

Root-work that one out for yourself but just a hint, don’t ask a cobber for one.

So there you are El-Cleef, hope it helps and “good on yer”

And HAPPY BIRTHDAY, may your nuts never go rusty.