Much less lack of cold at the Castle this morn, the big warm solar thing keeps hiding behind the white fluffy stuff and there some nice cool atmospheric movement.


Really late this Saturday, I overslept-see below for the reason. 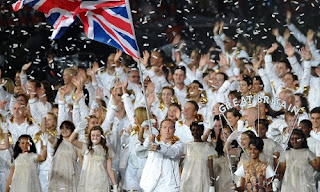 I broke one of my habits of a lifetime and tried to watch the ceremony at the temporary round thing behind the Bid Red Helter Skelter last dark thing.


And I learned a lot-


I discovered that Great Blighty was a green and pleasant land full of sheep farms, maypoles and giant water wheels which turn without the need for wet stuff.
And that when Isambard Kindom Brunel came along he turned the land into a boiling, flora less place where giant smoking chimneys grew out of the ground and the first giant levitating circles of metal were invented.
And then I found out that our dear old NHS was infested with Dementors and Voldermort but we were all saved by a gaggle of Mary Poppins who arrived by umbrella.
And then a German BMW Mini arrived to start orf a series of “musical” tributes which included pop, punk, rock, rap, garage, grunge, grime, blood, pus, snot and everything.
After that lots of other things happened including Her Maj arriving by parachute and Mr Bean playing with his organ but I was beginning to lose the will to live by then so turned over to watch Quantum of Solace on one of the non Olympic channels.
But I did pop back during the adverts to see a seemingly endless stream of hopefuls whose marching was speeded up by oodles of people banging plastic buckets.


And then I saw a not good enough tattooed footie bloke bring the flame to the stadium, give it to an old bloke who gave it to seven young people that set light to 204 copper thingies that in the Brunel levitating fire fashion rose into the air to form a massive gas fire (no wonder British Gas is making so much profit).
But I did enjoy the Bond film....apparently according to “experts” you would only understand all the goings on if you were British-I am and I didn’t...

Still; only another seventeen days to go....

Over to the left and up a whimsy 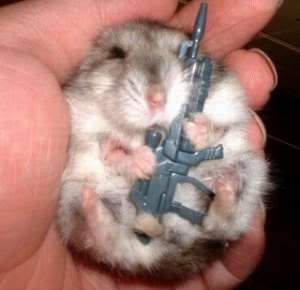 A Canadian man accidentally shot himself in the forehead while trying to kill a mouse with the butt of his rifle.

The man was reportedly intending to crush the rodent with the weapon at a camp on Anjigami Lake in Ontario, but didn't know the gun was loaded.

As such he got quite a shock when the gun fired, with the bullet grazing his forehead but luckily not causing too much damage.

Police say the man was admitted to and released from the hospital, before being charged with careless use of a firearm.

A spokesperson said: "He was very lucky." It's not known what happened to the mouse.

University of Louisville Police are accusing a Prospect man of stealing a textbook called “Resolving Ethical Issues” and trying to sell it at a bookstore, according to an arrest report.
Terry J. Davis, of the 14200 block of Harbour Place, was arrested Wednesday and charged with theft by unlawful taking by shoplifting, a Class A misdemeanour.
Davis allegedly took the book from 555 S. Floyd St., according to the arrest report. The address is listed as UofL’s Health Sciences Centre.
Later, Terry tried allegedly to sell the textbook back at Gray’s College Bookstore.

Is that ironic or what? 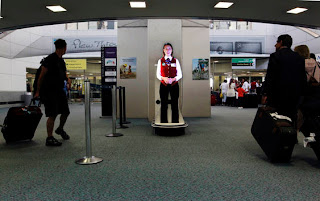 Passengers at New Jersey's Newark Liberty International Airport will always get a smile from this customer service representative.
Libby is young, friendly, and eager to help travellers at Newark Liberty International Airport find their way toward baggage claims or connecting flights. Just don't ask her any questions.
Despite gestures and a pearly white smile, Libby isn't a real person but a life-size avatar — the first of three the Port Authority of New York and New Jersey plan to have in place at its busiest airports by mid-August.
That's because she's an avatar.
The Port Authority on Friday will unveil the computerized, hologram-like image named "Ava" in the international arrivals area in Terminal B. She's programmed to answer passengers' most frequently-asked questions.
The Port Authority is spending $180,000 to place the high-tech help at Newark, Kennedy and LaGuardia airports.

And today’s thought:
I know just how you feel Olympics. 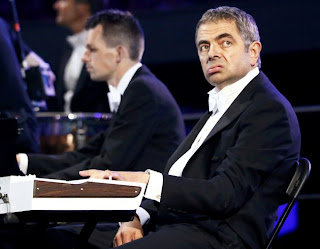