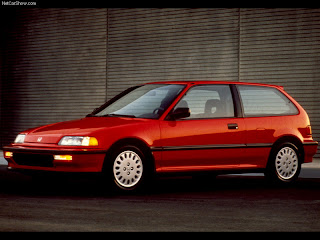 Ah Monday, my favourite day of the week (not), but I am in a quandary, it concerns the old motor and a new radiator, the rad in the old car needs replacing, or at least that is what they have told me several times at the MOT station, I have a new rad, in fact I have had it for over three years, it is on top of the wardrobe in the spare room, still in its shiny new box.

My quandary is this: the weather forecast is good, at least until Wednesday, but it is going to be really hot, and the car is always in the sun, the other part of the quandary is that I really don’t want to do it because the old one still works, it doesn’t leak (famous last words), and bending over the engine bay for a couple or three hours is not my idea of fun.

It will take that long because the car is an automatic, and the gearbox oil cooler is part of the radiator, which means that I will have to disconnect the oil pipes from the gearbox although the man at the MOT station assures me that no oil will leak out and I will not have to refill an bleed the gearbox, frankly I don’t believe him, the other snag is that there is no workshop manual for my dear old Honda Civic, because Haynes didn’t produce one.

So I have to decide, sit in the garden drinking coffee and “do my thing” or develop a permanent stoop, get sunstroke and spend a week in hospital contracting MRSA, C Diff. Swine flu and any other virus that is going round. 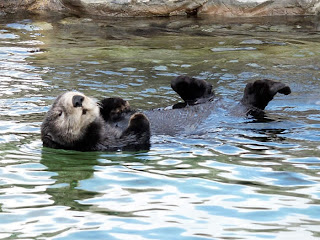 Wisconsin - An Austrian woman on vacation in Wisconsin is getting rabies shots after she said she was bitten by otters while swimming in a lake.
Fifty-one-year-old Brigitte France told the Duluth News Tribune that she was swimming on Lake Owen near Drummond last Wednesday when three otters suddenly appeared. Feeling concerned, she swam to shore.
Just as she got there, she said, "There they were - one on the right leg and one on the left leg."
She said they swam off when she shook her legs, but not before biting her eight or nine times.
Although France says the bites didn't hurt much, she did go to a hospital, where doctors started a series of rabies shots.
France lives in Altach, Austria. Her husband is from Duluth, and they visit Lake Owen each summer.

Bet they don’t next year.
Block the blacklist

Citizens advice have decided that the word “Blacklist” is no longer P.C, Instead, they have replaced the term with 'blocklisting' so as to avoid "fostering stereotypes".
The two terms, which are both used in IT, mean the same thing. In this case they refer to lists of computers or computer networks which have been identified as sending spam.
Staff at the quango however have been emailed saying the move has been made to keep "in line with aims and principles of the Citizens Advice service", according to The Daily Mail.
The email about internet spam that was sent to staff said: "We have replaced the term 'blacklisting' with 'blocklisting' in line with the aims and principles of the Citizens Advice service.
You are probably aware that the whole service's email has been intermittently blocked up two twice this week for some time now.
"This is because spam sent from within the service causes us all to be blocklisted."
John Midgley, co-founder of the campaign against political correctness, told the newspaper: "This is just daft and another example of political correctness going over the top."
A Citizens Advice spokesman said: "Our approach to language is not prescriptive or dogmatic, but where we know or become aware that something is offensive, fosters stereotypes or prejudice, or is inaccurate, it makes sense and is respectful to use alternatives."

What a load of Bollocks, or should that be “Ballocks”?
Fancy lying on top of Marilyn Monroe for ever 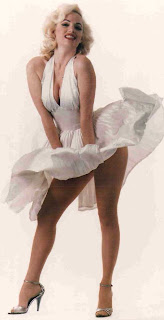 Well now you can , that is if you have the odd $500,000 laying around, The tomb in the Westwood Village Memorial Park in Los Angeles is currently occupied by Richard Poncher, who died 23 years ago aged 81, The Los Angeles Times says.
But his widow is having his body moved over one spot and auctioning the site above Monroe's, hoping to earn enough to pay off her $US1.6 million Beverly Hills home.
"Here is a once in a lifetime and into eternity opportunity to spend your eternal days directly above Marilyn Monroe," the sales pitch on eBay reads.
Elsie Poncher - who prefers not to give her age, but admits she is over 70 - told the Times that her husband bought the crypt from baseball player Joe DiMaggio, Monroe's ex-husband, in 1954.
Mr Poncher also bought the spot one space over, which is where Mrs Poncher plans to relocate him to open up the crypt above Monroe.
For her part, Mrs Poncher wants to be cremated when she dies.
Being buried close to Monroe has already proved a draw for some, with Playboy magazine founder Hugh Hefner purchasing a spot to the side of the sex symbol for $US75, 000 in 1992
Snag is you will never know. 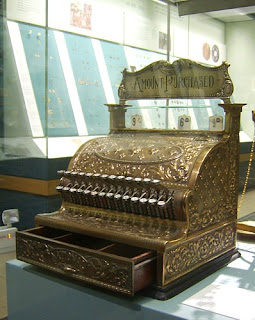 A thief has made a bid for the title of New Zealand's dumbest crook after providing his name and contact details to a store clerk minutes before grabbing money from the cash register in full view of the Christchurch store's eight surveillance cameras.
The long-time customer of Penny Lane Records on Colombo St in Sydenham began his bad caper on Friday afternoon.
He approached the counter with a copy of Pink Floyd's classic rock CD The Wall and asked for it to be held for him.
He wrote his name and contact details on a sticker, which was placed on the CD.
A minute later, when the store attendant went to help another customer, the man leaned over the counter and opened the till. He grabbed a handful of $10 and $20 notes, pushed past a woman who spotted him, and fled the store.
Record store manager Garry Knight said if the man had cared to look up he would have seen a monitor showing him dipping into the till from four different angles.
If that was not stupid enough, the man was a long-time, regular customer who had previously left his name and phone number in the stores "wants" book for people who had standing requests for rare records.
Knight said there were eight or so people in the store, including two eyewitnesses. "It's comical."
Police were called but the man had already left the area. Knight predicted the case would not take long to crack.

Maybe that’s what he was taking....

From NZ again, Animal lovers in New Zealand want to make it illegal for people to eat their pets, after a Tongan family killed and barbequed their pet dog.
The Taufa family killed their pet Staffordshire bull terrier Ripper and then invited friends round for a barbeque.
Lupi Taufa says it's common practice in her homeland Tonga.
"Dog, horse, we eat it in Tonga. It's good food for us," she said.
Derek Haddy works for the SPCA, New Zealand's equivalent of the RSPCA.
"I find it quite disturbing that somebody would kill a pet and then eat it. I'm not OK with that, but unfortunately the law allows you to do it," he said.
The SPCA says people eating their pets happens more often than society realises.