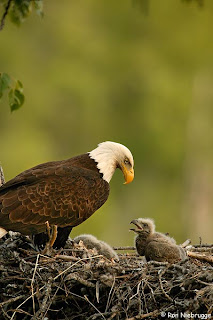 I have just returned from my annual blood test, it is the first time I have visited the “Eagle’s Nest” or the Aldershot Centre for Health to give it the official name.

It is difficult to get to, you need a car, or a bus if you can find one, because it has been built on the remotest and highest place in the town. There is a traffic light system at the top of the steep hill, which seems to have a mind of it’s own, to get to the car park you have to turn right just past the traffic light and there is only space for one car to wait, the oncoming traffic is not stopped so congestion builds up if there is more than one car waiting, which it did.

The entrance to the car park is difficult to see; in fact the signs are too small right across the site and in the building.

The good news is that the ticket machine was broken and the parking was free, but I had to ask someone because there are no signs to tell you.

The main entrance from the Car park is on “level two” there were about twenty soldiers waiting in an area and no one at reception, and there were no signs to give information, just a picture of the plan of the building with no information on it.

It was five past eight, I waited at reception for a few minutes and then decided to explore, and came across a chap who pointed me in the right direction for the “Blood Test Room” which was of course on level one, or the basement.

Went down the stairs and peering at the small signs in the gloom found my destination, I wandered about for a bit and saw a chap sitting in the dark, as there were no lights on, just a light over the exit.

It gets a bit strange now, there is a ticket machine for blood tests, which is attached to the reception desk for other things, but, it doesn’t activate until eight fifteen, so we sat in the dark, at eight fifteen a man came along and enquired “sitting in the dark”? And got a stereo “not much choice is there”, he turned the lights on and the machine came to life, I was number two.

People arrived and had to be told by number three where to get a ticket because the sign saying “get a ticket” was over the other side of the area and, yes it was too small to see from the seating area, which had no natural light at all and was fairly claustrophobic and as well as the air feeling very dry (stuffy I think is nearest).

Number one was called at eight twenty five, great I thought they have started early, but no, I waited until eight thirty five when the “voice said “ cashier no 2 please” well not really but it was very similar.

Had the blood test, nice woman, I told her I had been a good boy and fasted from seven PM the day before, she took three tubes of blood, and I told her to try U-tube for the Hancock-almost an arm full clip, because she had heard it from hundreds of “patients” but had never seen it.

Went up the stairs to the car park and told the people queuing at the barrier (which was up) that the machine was broken and parking was free, because there were no signs.

Came home, and am now having my first cup of tea for sixteen hours.

Building is OK apart from the basement, too difficult to reach, the traffic light sequence needs to be sorted, the signs need to be bigger, and there needs to be more of them, as well as a list of services and directions at main reception on level two.

I was speaking to my GP, when the test was arranged, she was not a happy bunny regarding the “health centre” parking was her main gripe, there is not enough of it, and the people that work there have to park somewhere else, at the moment they are using land “borrowed” from the Army, but soon that will go and they will have to park at the bottom of “Hospital Hill” and climb the rock face to reach the “Eagles Nest” But the good news is that there are 50 bicycle spaces for those sick people fit enough to cycle to the centre.

Leaving patients sitting in the dark must be against health and safety, the army have a nice area, the GP practices have light, and the admin on level four has a nice view.

But then it is only called the “Aldershot Centre for Health”

The NHS patients for blood tests, out patients, and other “treatments” are treated like cattle (as usual) and get the worst of frankly a disappointing “Centre for Health”.

Below is a photo of the “Centre for Health” it doesn’t show the elevation but I have marked Hospital hill.


“A mediocre idea that guarantees enthusiasm will go further than a great idea that inspires no one.” Mary Kay Ash 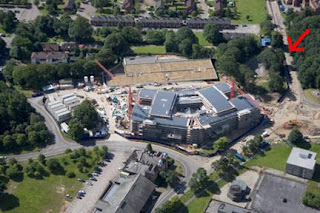