One thousand posts: Piss Poor G.M.C: Winter is under control: Hotel of doom: Smokin in the Dam: Bash Street Dundee: and Chinese cabbages.

Annoying amounts of lack of warm, absence of skywater, almighty amounts of solar stuff and abysmal amounts of atmospheric movement at the Castle this morn.

Well; it has finally happened; this is the 1,000th piss poor post on this even piss poorer blog, after three years and a bit it seems that the left handed brain cell has managed to produce more bollocks than you could shake a knob at, and to my amazement people are still visiting and some even take the risk of commenting with their names! 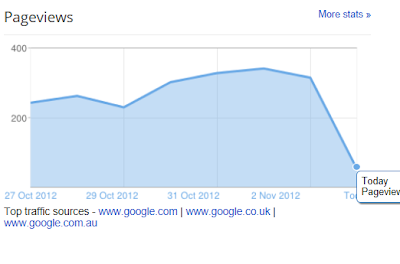 Many thanks to all those who have read, spoken, re-tweeted and appreciated what I laughingly call “news”, and to those who leave remarks “incognito”; although I don’t publish them I do read them all. 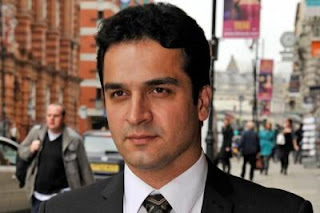 Is still living up to its much deserved reputation: Dr Muhammad Naeem Khan, a trainee GP in Glasgow, threatened to humiliate and shame his ex-girlfriend by releasing the pictures to her parents if she did not keep in contact with him.
However, despite finding four charges against him proved, a watchdog disciplinary panel ruled Dr Khan's "fitness to practise" was not impaired.
The Medical Practitioners' Tribunal Service (MPTS) decided against even giving Dr Khan a warning. The hearing in Manchester heard glowing tributes from colleagues of Dr Khan, who described him as the "number one choice for a locum candidate".
The General Medical Council (GMC), which brought the case, had argued the doctor's fitness to practise was impaired, and the outcome was condemned by patient groups who said the case would undermine the public's confidence in the NHS.
The tribunal earlier dropped eight charges, including that he raped the woman in a Pakistani medical college, after finding there was no case to answer.
Yesterday the panel found four of the charges against the doctor, who moved to the UK from Pakistan in 2008, proved.
These included a charge he "threatened to reveal the naked photographs of Miss A to her parents if she did not maintain contact with [him]".
The panel accepted his actions would "have led to the disgracing of Miss A and her family" if he had released the pictures.
Another charge, that Dr Khan discussed kidnapping a friend of Miss A's in Pakistan, was found proved, although the panel found this did not amount to misconduct.
Yesterday it announced the doctor's fitness to practise was not impaired, and he has escaped any sanction.
The panel said his actions were "exceptional" in an otherwise unblemished career.
Tribunal panel chairman Dr Neil Fyfe said: "The panel noted the extreme stress you were under at the time of the events.


"You were clearly desperate, distraught and emotionally stressed by the break-up of your relationship with Miss A.
"The panel's judgment is that the circumstances were highly specific in nature, place and time. They were exceptional.


Go figure, wonder who he knows?


According to the Flailing Sail 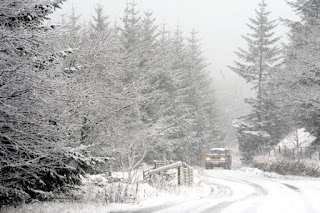 A freezing winter is on the cards with experts forecasting a repeat of conditions that led to temperatures of -22C (-8F) in 2010.
The Met Office’s long-term forecast suggests that, like two years ago, high-pressure systems will cut off mild Atlantic air, sending temperatures plunging as Arctic air moves in.

More snow could fall than last winter, which was much drier than average in England, leading to weeks of transport chaos, it adds.

The Met Office said its winter forecast is more accurate than ever thanks to a new computer programme.

Government meteorologists have briefed ministers and transport leaders to be ready for colder-than-average temperatures until the end of January.

Councils have put thousands of extra staff on standby for snow clearing duties and a record three million tons of salt has been stockpiled.


A spokesman for the Department for Transport said the sector is “prepared”.

East to the land Norf of Sarf Korea 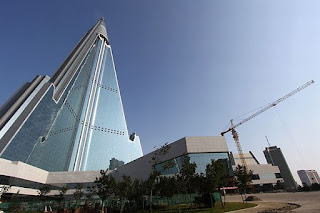 The 105-storey, pyramid-shaped hotel that has stood over North Korea's capital city like a mountain for more than 20 years just might be on the verge of opening for the first time.
Pyongyang's Ryugyong Hotel will "partially, probably" open in the middle of next year, Reto Wittwer, chief executive of international hotel operator Kempinski AG, said at a forum in Seoul, South Korea.
Kempinski will manage the hotel, which Mr Wittwer said will open with shops, offices, ballrooms, restaurants and 150 rooms.
North Korea began building the Ryugyong in the 1980s but stopped when funding ran out in the 1990s. Exterior construction resumed in 2009.
Various reports in recent years said the hotel was preparing to finally open.
In September, a Beijing-based tour agency was allowed to peek inside and released pictures of the bare concrete lobby.
Wittwer said he first saw a picture of the hotel many years ago and thought then that it could eventually make a lot of money.


Back over to the left a lot 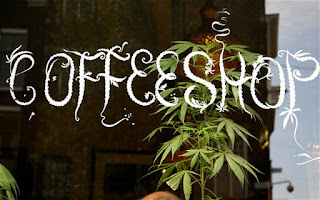 And below sea level to the “Dam”, what will be welcome news for backpackers and travellers who go to the 'Dam looking for a good time as apparently tourists won't be banned from smoking cannabis in Amsterdam in the near future.
Eberhard van der Laan, the mayor of Amsterdam, believes that changing the law would lead to more crime.

His decision follows months of arguments over Dutch drug laws after the country's government said it would leave it to local authorities whether or not to impose a ban.

Amsterdam is allegedly famous for its cannabis cafes.

"The 1.5 million tourists will not say 'then no more marijuana’; they will swarm all over the city looking for drugs. This would lead to more robberies, quarrels about fake drugs, and no control of the quality of drugs on the market - everything we have worked towards would be lost to misery," said Mr Van der Laan.

Amsterdam is one of the most popular cities in the world among backpackers and travellers and one of the reasons why is due to its lax laws on drugs. According to the BBC, some 1.5 million out of an estimated seven million foreign tourists go to a weed-selling coffee shop while in the city.

Although cannabis is technically illegal in the Netherlands, the country in 1976 decriminalised possession of less than five grams of the substance.

Time to book my ticket....the coffee and Patats are good too...and apparently there is a district where all the street lamps are red to protect your eyes.....

Back in Bloggy Blighty and up Norf 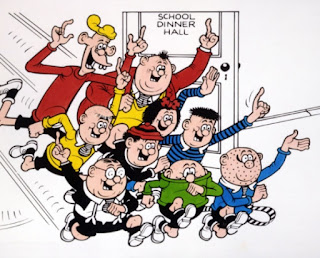 Plug, Spotty, Smiffy and the rest of the anarchic Bash Street Kids are set to have a street in Dundee named in their honour to celebrate the 75th anniversary of the Beano comic.
DC Thomson, the Dundee-based publishing company, has submitted plans to the city council to name to create a real life Bash Street next to the city’s West Marketgait where there are proposals to build a new children’s soft play area.
A spokeswoman for DC Thomson said: “We’re discussing with Dundee City Council the idea of naming a new street ‘Bash Street’. This is to tie-in with a proposed children’s soft play area within the former works buildings off West Marketgait. We think it’s a fun idea.”
A Dundee City Council spokesman confirmed: “Dundee City Council has received a request from DC Thomson to allocate the name Bash Street to the street adjacent to 142/144 West Marketgait, which currently has no name.
“This is to tie-in with the proposed new build and to celebrate the 75th anniversary of The Beano in 2013 in the comic’s hometown.”
Councillor Will Dawson, the convener of the council’s city development committee said ‘We’ve already got Desperate Dan and Minnie the Minx in the centre and it’s good to tie in the Bash Street kids. ‘We’ve got to make these historic connections.”
And he revealed: “There’s another plan to put Glebe Street back on the map. It used to exist in the city and it ties in with the Broons too.”

Good for them, it’s nice to find something older than I am....

Back out east to the land of veg 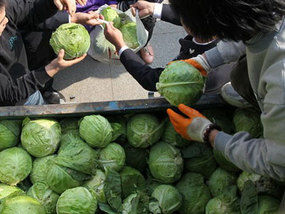 Farmers who found themselves with a bumper crop of cabbages after a harvest glut gave out hundreds for free.
The farmers were seen shifting more than 30 tons of cabbages to more than 6,000 people in Xi'an Shaanxi province.

Shoppers queued round the block for the free cabbages as the truckloads kept the vegetables coming.

One official told local sources: "It was either give them away or let them rot in the field. It would be wicked to waste such a lot of food."
One of the farmers added: "We had a record harvest and did very well. So we should spread that good fortune around," explained one."


Bet there was someone from Tesco in the queue...


That’s it: I’m orf to keep an eye on my Facebook page 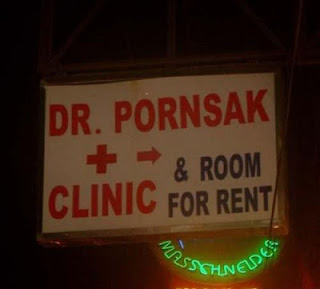