Stropped raining at the Castle this morn (for a while), much cooler after the last dark thing, I had to put the pillows through the mangle twice, but there is that nice smell of warm, damp pavement coming from the patio.
I was going to treat myself and visit the car boot sale out at The Country Market near Bordon today but I think rain will stop play, and the Honda is now red with yellow spots. 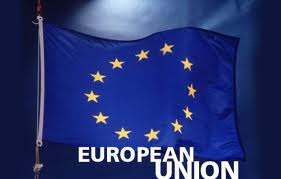 U-turn Cam has decided that he will not fly the EU flag over Number 10 during Europe Day on Monday unlike previous years, some other departments, including the Treasury and Foreign Office, will also not hoist the European symbol.
But the Liberal Democrat Vince Cable's Department for Business will raise the blue and gold flag.
Ooooh scary.
And talking of scary: 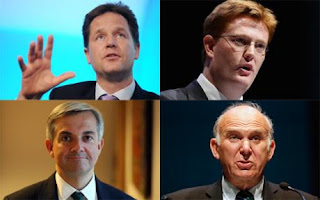 David Cameron is being urged by senior Lib Dems to rein in George Osborne amid accusations that the Chancellor is wrecking the survival prospects of the coalition.
The disclosure came as the three most senior members of Nick Clegg's cabinet team launched a direct challenge to the Prime Minister's call for "business as usual" after the fallout from the alternative vote referendum and elections.
Vince Cable, Chris Huhne and Danny Alexander produced a shopping list of demands – including fairer taxes that punish the wealthy and pressing ahead with voting reform – to ensure the Lib Dems retain a grip on coalition policy.
Reads the rest of it if you are feeling masochistic, I nodded orf on paragraph two.
Across to the land of spaghetti trees and empty streets 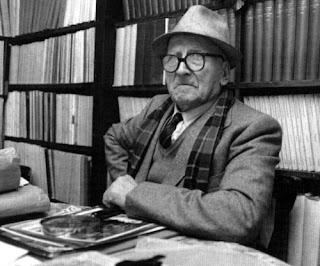 Go to Rome next Wednesday and you will have the place to yourself, apparently Raffaele Bendandi who died in 1979 aged 86 has predicted that a devastating earthquake will hit the city.
In 1923 he forecast a quake would hit the central Adriatic region of the Marches on January 2 the following year. He was wrong by two days but Italy's main newspaper Corriere della Sera still ran a front page article on "The man who forecasts earthquakes."
Bendandi's fame grew and in 1927 he was awarded a knighthood by Fascist dictator Benito Mussolini. During his long career his theories were studied by several prominent foreign astronomers.
Shocking…..
And for Pippa fans 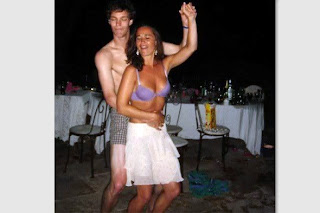 This party pic of Pippa Middleton dancing in her bra with an unidentified shirtless gent surfaced yesterday, US Weekly reports. There's no word on when the photo was taken.

Known as a fun-loving girl during her days at the University of Edinburgh, Kate's maid of honor and younger sister helped plan the post-reception shindig at Buckingham Palace. She reportedly requested that disco balls be suspended from the ceiling, which the Palace pooh-poohed.

Pippa is currently dating 30-year-old London broker and former England cricketer Alex Loudon. No, he's not the guy in the image.
Bet Harry is a bit disappointed.
Dahn Unda and right a bit 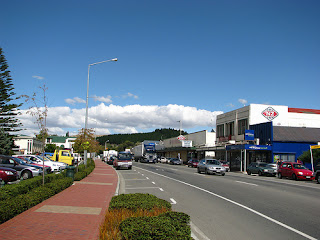 A 91-year-old New Zealand war veteran says he has been forced to put his new career as a modern-day Batman on hold because he is not allowed to be out fighting crime alone at night.
John Bray says he is more than qualified to deal with evildoers in the North Island town of Waipawa, having served with the Long Range Desert Group, a reconnaissance and raiding unit in North Africa during World War II.
He enlisted as a member of the local community patrol, an organisation which acts as "the eyes and ears" of the police, cruising the streets at night and reporting any suspicious activity.
Like Batman, he started out with a partner but decided to go solo when his Robin equivalent, a man in his late 80s, kept falling asleep on duty.
Now he has been told by the local head of the community patrol organisation that he cannot work alone and he must find a new sidekick if he wants to get back on the roster.
"I want to keep going so now I have to find a new partner," he told AFP, describing his crime fighting role as a success, driving through the streets at night armed only with a spotlight and mobile phone.
Don’t forget the two ton weapon he is driving-bless.
And finally:
Dahn in Devon 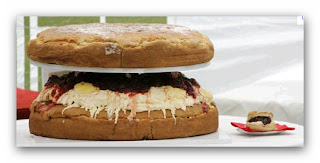 An attempt is to be made to make the world's largest scone - at 8ft in diameter.
The unofficial record bid will take place at the Devon County Show on May 19 to help promote a campaign to have the Devon cream tea granted European Protected Designation of Origin (PDO) status, currently awarded to products like champagne, Roquefort cheese and Melton Mowbray pork pies.
Paul Winterton, general manager at dairy producer Langage Farm, based near Plymouth, said: "If we get support for the PDO, the county of Devon can only be strengthened with people recognising the value from this point of view."
Great, but is it jam or Cream on top?
That’s it; I’m orf to champion space
And today’s thought: The best advice for teenagers is, leave home now while you still know everything.
Angus
Posted by Angus Dei at 07:24 4 comments