Be careful what you wish for...: A quarter of a Devine sentence: Planking Squirrel: Wiping away a Sparrow: The Bells!: and the wrong weather.

Still warm and humid at the Castle this morn, but a bit more cloud, the liquid metal hot meter got up to 87f yesterday pm but is back to a cool 78f this early light thing.
I spent most of yester am/pm being mucked about by a Numpty who wouldn’t bring his broken laptop to the Castle and insisted that I visit, spent a couple of hours sorting out his cheap and nasty Acer then was told that he wouldn’t pay the price.
So I returned his heap of crap to the state it was in before (he had seen the “press f2 to enter bios, so he did and bollixsed up the settings) and left.
The toothache didn’t help.
His Maj has been out in the garden since 5.30 of the am and is expanding in size at an alarming rate. I could almost swear that I can hear him growing.
Dahn ‘ere in Aldershot 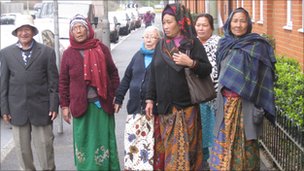 The area has been inundated with Gurkhas, there are gangs of old Nepalese people wandering around at all hours of the day and night.
According to the British Gurkha Welfare Society, Joanna Lumley's campaign has resulted in thousands of elderly and infirm Gurkha pensioners living in poor accommodation on paltry incomes.
"They are thoroughly miserable," says Chhatra Rai, the general secretary of the Gurkha charity. It would have been far better, he believes, if retired Gurkhas had been paid better pensions and encouraged to stay at home in Nepal.
Ab Fab Joanna...
And one law for the ex MPs? 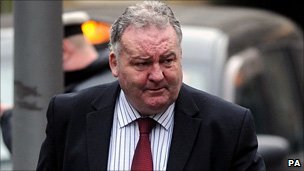 Former Labour MP Jim Devine has been released from prison after serving a quarter of his 16-month sentence for expenses fraud.
The ex-MP for Livingston was jailed in March after he was found guilty of claiming £8,385 using false invoices for cleaning and printing work.
He was released from Standford Hill Prison in Kent on Monday morning.
David Chaytor and Eric Illsley have both already been released under the home detention curfew scheme after serving a third and a quarter of their sentences respectively.
The fourth ex-MP, Elliot Morley, remains in prison, along with Conservative peers Lord Taylor and Lord Hanningfield.
But for how long?
Somewhere in Blighty
Squirrels are taking over.... 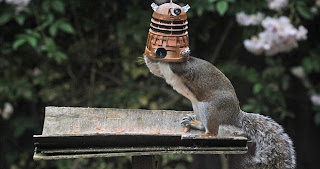 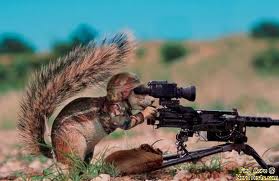 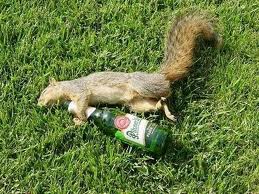 Over in the land of long metal things.
Whilst sitting in a car park with the weather looking gloomy, the driver filmed a soggy little bird perched upon his windscreen wiper.
As an initial wipe begins to move across the windscreen any normal bird would take the hint and fly away... but not this one.
He just clings on for dear life - riding out the wipe until it comes back down to rest.
To prove he's no one hit wonder, our birdie friend toughs it out for a second wipe and then a third.
What's even more disturbing is that when the driver zooms in to get a closer look at the sparrow, it stares blankly back at the camera.
Hitchcock would be proud.
Up a bit from Gurkha land

A troupe of Morris Dancers got their marching orders from a pub – because the bells on their clogs were too noisy.
The 15-strong Slubbing Billy’s were ordered to leave the Swan and Three Cygnets in Durham shortly after performing in the city’s market place.
Duggs Carre, 45, a member of the Huddersfield-based outfit, said: “There was no room for argument – we were just kicked out.
“One of our group in his Morris Dance gear, had just ordered a pint without any problems.
“But two female members came in with the bells on their shoes and a woman member of staff shouted, ‘No bells!’ – and that was it.
“We were told in the strongest possible terms to leave. There were 15 of us all wanting a drink so they lost a fair bit of business. I wouldn’t mind but when you sit down, the bells don’t make any noise.”
The Swan is owned by the Samuel Smith brewery, which has a strict no music policy. A spokesman declined to comment yesterday.


Bit of a clanger?
And finally:
Apparently we have been looking at the weather all wrong all along. 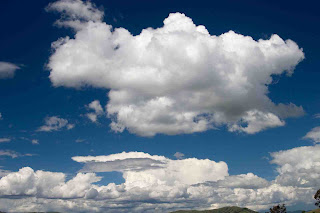 Researchers found that our basic understanding of "low pressure systems" has been flawed for more than 90 years.
Scientists from the University of Manchester contradicted traditional understanding of how low pressure systems evolve.
The Norwegian model in use since the 1920s is that when a storm occludes, it will automatically weaken.
Writing in the journal Bulletin of the American Meteorological Society, they found that the Great Storm of October 1987 and the Burns’ Day storm of January 1990 did not fit the model.
Dr David Schultz, from the university’s School of Earth, Atmospheric and Environmental Sciences, who led the study, said that while both were occluded (evolving), but still deadly.
Dr Schultz said: “The Norwegian model of low pressure systems served us well for many years, but it’s time to move on.
"What we teach students in school needs to be changed. And forecasters need to be retrained to have this latest information.
“I hope that this model will help people understand the particular weather conditions associated with these potentially hazardous storms. Yet, this research shows how much more remains for us to learn about the weather around us."
Odd that, I just look out of the window and there it is-the weather...
That’s it: I’m orf to sort out the Honda for the solar challenge
And today’s thought: "If you've never seen an elephant ski, you've never been on acid."-Eddie Izzard.
Angus
Posted by Angus Dei at 07:10 1 comments