WHAT CAN YOU SAY? 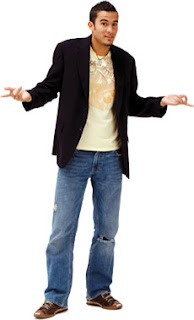 Ok, back from the thingy, and am now walking like Neanderthal man, my knuckles are dragging on the ground, but I have my very large cup of very strong coffee and am ready for the fray.

This first one is a bit sad and a bit odd: Homeless Korean dies with 100,000 dollars in bank, a homeless South Korean unable to withdraw his life savings because he could not remember his real name has died in poverty, officials said.

The account was frozen several months later when a law took effect to ban accounts held under false names, as an anti-corruption measure.

Deposits were still allowed but the account holder had to register a real name to withdraw money, something "Na" could not do.

"He didn't know what his real name was or where he was born. We tried but failed to identify him," Yoo Joon-Soo, the senior official of Yongbong district in the south-western city of Gwangju, told AFP by phone.

The man collected scrap iron and other junk and slept on his cart under plastic sheets before moving in 2007 into a makeshift shelter made from a shipping container.
Though he could not withdraw from the account, he kept putting in savings.
"He used to say he wanted to buy a home with his savings," Yoo said.

A statement of modern society I think.

Posters displayed near banks and post offices explain residents can call up and arrange for a uniformed officer to see them safely home. The officer will follow at a "safe distance" to avoid drawing attention to themselves.

"There have been incidents in the area in which elderly people have been targeted after withdrawing cash and this initiative, which has been running for the past five months, is an extension of the team's normal duties," police said.

A spokeswoman for Wansted and Snaresbrook police in east London said the service was only available to people who could walk home, saying officers would not accompany car drivers home.

Now that makes me wonder what the hell is going on.

On the lighter side: Ananova - Chuck Norris protects baker Store bosses have seen off burglars by placing a life-sized photo of Hollywood action star Chuck Norris in the window.
The posh bakery shop in Split, Croatia, had been broken into almost every week until they put up the poster of the karate champ with a sign saying: "This shop is under the protection of Chuck Norris."
Now the bakery hasn't had a single burglary for more than a month.
Sales assistant Mirna Kovac said: "To be honest we just started it as a joke but it really has worked. Thieves haven't been anywhere near us for ages. People seem to respect him.
She added though: "We have had a few customers come in and ask us whether they can get Chuck's autograph. They really believe he is sitting in our storeroom out the back ready to pounce on any burglars."
You can fool some of the people………….

Anyway what I want is a life size cut out of the political party leaders so that I can “chuck” things at them.


OK guys what do you drive?
Love cheats drive flash cars Drivers of expensive cars are more likely to have an affair, according to a new poll.
The illicitencounters.com website, which describes itself as the UK's largest extra-marital dating site, conducted a survey of its members.
It found that 20.9% drove a high-ranking executive car. This included 16 Bentley owners, 31 Porsche owners, five Aston Martin owners and 135 BMW owners.
And while the adulterers said their own car was important to them, only 19% admitted to being interested in their lovers' cars.
I drive a Honda Civic, which means that any lady is safe with me.

And finally:
Further to the item Angus Dei on all and sundry China orders officials to smoke
China County withdraws smoke order: report - Yahoo! News UK
A Chinese county has dropped a plan to order its officials to collectively smoke nearly a quarter of a million packs of cigarettes after a public outcry, a report said.
The Gong'an county government in central China's Hubei province was also persuaded to change its policy after officials further up the state bureaucracy intervened, the Beijing Times reported.

The original plan had called for Gong'an government employees to light up 230,000 packs of locally-produced cigarettes among them within a year or risk being fined, a move that was interpreted as a way to help the Hubei tobacco industry.

While announcing that it had given up the scheme, the Gong'an government sought to defend its motives, saying it was actually meant to rein-in the sale of smuggled or fake cigarettes.


“Ours is the age of substitutes: instead of language, we have jargon: instead of principles, slogans: and, instead of genuine ideas, bright ideas.” Eric Bently

NHS-THE OTHER SIDE
Posted by Angus Dei at 08:58 2 comments

Links to this post
Email ThisBlogThis!Share to TwitterShare to FacebookShare to Pinterest
Labels: bewildered, confused, what can you say
Older Posts Home
Subscribe to: Posts (Atom)